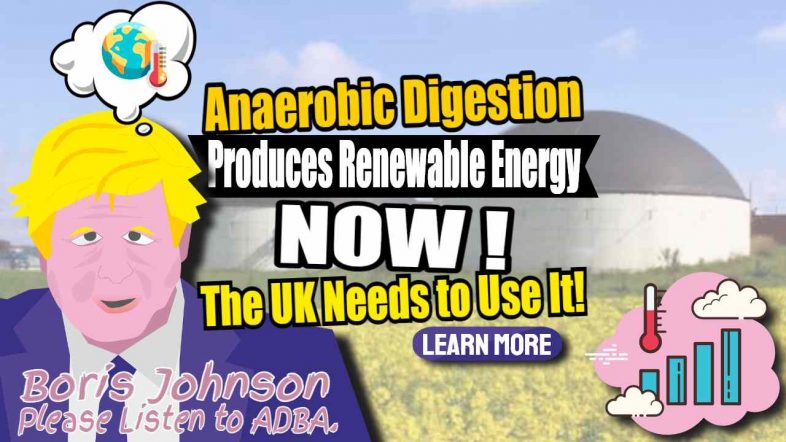 Put simply, anaerobic digestion produces renewable energy now and the UK badly needs to use it or else fail to meet their promised UK Net Zero target.

That means get on now and waste no more time at implementing government policies to develop more biogas plants.

In the Press Release that follows the UK trade association for the biogas industry ADBA is rightly pointing out the potential folly of not making the most of the AD process.

This is especially important since this technology is really good at reducing methane emissions. Read on and find out more in the Press Release below: 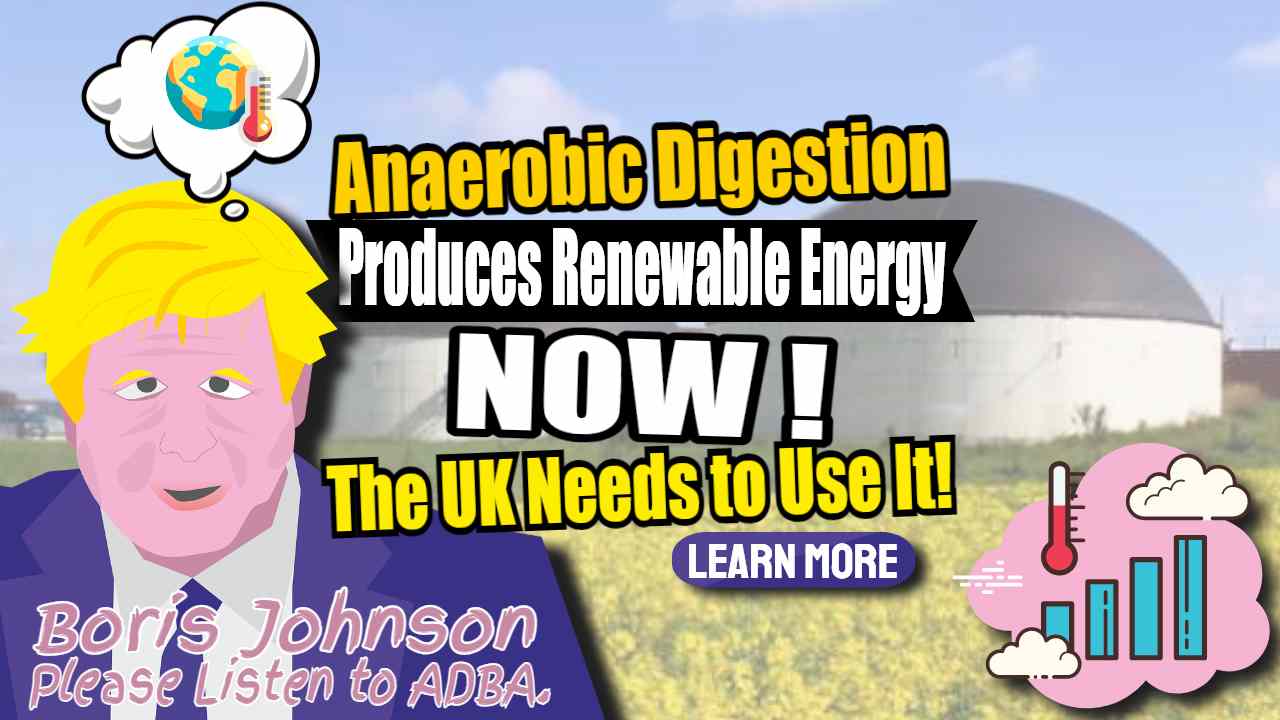 As the UK prepares to host a critical COP26 and Prime Minister Boris Johnson reflects on a “sobering” Sixth Assessment report by the Inter-Governmental Panel on Climate Change (IPCC), the UK Anaerobic Digestion and Bioresources Association (ADBA) has renewed its call to the British Government to urgently create a policy framework that will unlock the industry's potential to reduce UK annual greenhouse gas emissions by 6% by 2030 – and therefore play a vital role in mitigating the climate emergency within this decade.

“Anaerobic digestion (AD) is a mature, readily available technology which, offers a fully circular and immediate solution to help address climate change in the short- as well as long term, by capturing methane-emitting organic wastes and transforming them into biogas (also known as biomethane), digestate (a biofertiliser), bioCO2 and other valuable bioproducts. Crucially,  anaerobic digestion produces biogas which helps decarbonise carbon-intensive industries such as transport, heat and agriculture by producing alternatives to fossil-based fuels, gases and fertilisers.”

“The UK AD sector has however suffered from a lack of coordination between government departments to provide a coherent platform on which to fully deploy this industry, which not only generates green energy but also acts as a waste management solution.”

“Our research has shown that there are 170 million tonnes of organic wastes generated every year in the UK, most of which is mismanaged (eg. sent to landfill, incineration, or spread onto land, where they emit harmful greenhouse gases, especially methane, which is 84 times more toxic than CO2 over 20 years).”

“If those organic wastes were treated through AD, the industry would be able to reduce those emissions by 3% upstream of the process and deliver another 3% cut in emissions downstream by displacing the fossil-based products currently used for transport, heating and farming.”

“Given the very stark message issued this week by the IPCC, it is crucial that the British government shows leadership in fully integrating AD and biogas into its Paris Agreement and Net Zero targets”,

“In its recent Progress Report to Parliament 2021, the UK Committee on Climate Change highlighted the huge gap between the Government's ambition and policy reality.“

We were dismayed, for example, that ministers having vowed to treble the production of biomethane by 2030 in December, we found that the Transport Decarbonisation Plan published last month by the Department of Transport didn't even mention it“.

“Trucks and buses currently generate 20% of the UK's greenhouse gas emissions from transport, which is itself the highest GHG emitting sector in the UK with 27%. Biomethane anaerobic digestion produces could reduce these HGVs emissions by 38%. “

Municipalities and major retailers are already successfully using fleets of biomethane-powered vehicles to decarbonise their operations – so why would policy-makers not embrace this option and support its rapid deployment?”

“We are running out of time to avert a climate catastrophe and it's time that the Prime Minister and his Cabinet put words into real action.”

“The UK AD industry has already committed to delivering on its potential to support the UK's efforts to reduce its GHG emissions. All we now await is a similar commitment from our politicians to make things happen – let alone present Britain, ahead of a vitally important COP26, as a true climate change mitigation champion, capable of influencing other countries into adopting AD in their decarbonisation and Net Zero strategies. Anaerobic digestion produces biogas. There is no Net Zero without biogas.” 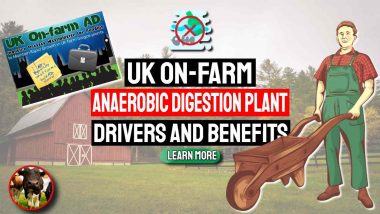 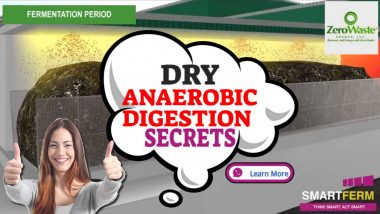 Dry Anaerobic Digestion Secrets You Will Wish You Discovered First