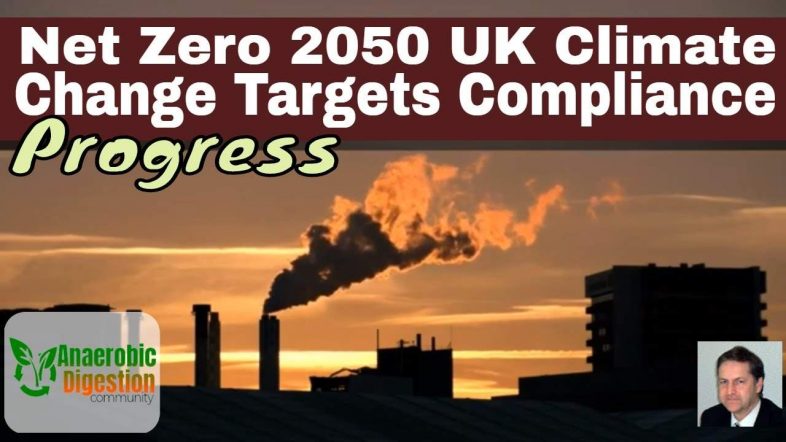 The UK will be a ‘Net Zero’ Emissions Nation by 2050 is the world-Bbeating pledge made by the UK government in June 2019. This means that the UK is readied to become the very first significant economy to commit to reaching “Net Zero” Carbon Emissions by 2050. The statement made by the government last week (June 2019) has been widely rated as a substantial but achievable goal.

However, the fixing our global climate will require results. Cutting ‘Net Zero’ Emissions this much is going to require a whole lot more than honourable intentions, and also the tough work of actually lowering the carbon blowing out of millions of chimneys and exhausts is only in its infancy.

Our everyday lives are set to be changed in very many ways. How we power our residences, travel, feed ourselves and farm our land will all have to change.

[box type=”alert” style=”rounded” border=”full”]Just weeks later the government committee overseeing progress on the ‘Net Zero’ Emissions 2050 pledge exposes the lack of progress while all UK parties wrestle with the problem of resolving Brexit! SCROLL DOWN TO READ OUR UPDATE![/box]

Some remarkable adjustments are occurring already. Brand-new coal-free records are being established in electricity generation almost weekly right-now. In transport, diesel and petrol autos are pledged to be eliminated in the UK by 2040. Developed zero-emissions innovations like wind and solar energy are all quickly growing.

Substantial obstacles to complying with the ‘Net Zero’ Emissions target continue to be present, such as just how to decarbonise building emissions, which might be pricey and also mean a lot of building work, to bring the needed changes to countless homes.

The UK has actually currently decreased discharges by around 44 per cent since 1990 and also the net “close to no carbon emissions” by 2050 promised is likely to result in more investment and also innovation in renewable resources.

Well, that's the background, and how will this affect the anaerobic digestion and biogas industry?

Continue by reading the following ADBA Press release, and you'll find out!

In this press release:

The Anaerobic Digestion and Bioresources Association has welcomed Government plans to cut UK Greenhouse Gas (GHG) emission to almost zero by 2050. It is an improvement and  strengthens the existing 2050 targets. The pledge is to reduce emissions by 80%, under the 2008 Climate Change Act. This follows a recommendation by the Committee on Climate Change last month and rising public pressure.

By converting organic wastes and crops into renewable heat and power, clean transport fuel, and soil-restoring natural fertiliser, AD can contribute to a 10% cut in worldwide emissions. Crucially, AD reduces emissions from hard-to-decarbonise sectors such as heat, transport, and agriculture, as well as from the power sector and from waste.

“It is excellent news that the Prime Minister has committed the Government to a net zero plan for emissions by 2050, taking note of Parliament’s calling of a climate emergency and urgings from the Committee on Climate Change. Anaerobic digestion and biogas have a vital part to play in cutting emissions both here in the UK and worldwide, and we would urge other nations to take note of the UK Government’s decision. It is reassuring that most of the contenders for the next Conservative leader and therefore Prime Minister have committed to the net zero 2050 pledge and would urge whoever wins to take forward this ambitious plan into legislation, and hope the House of Commons will support it.

Crucially, as a technology-ready solution that can tackle climate change right across the economy, it's vital that government recognises and rewards the many benefits of AD so it can make the maximum contribution to decarbonisation at speed and scale. Policies such as the introduction of separate food waste collections in England will make a significant contribution to this, and AD is the Government’s preferred method for recycling that food we cannot utilise up the value chain – this simple change will hugely help us cut our carbon emissions by taking organic material away from landfill and incineration.”

How Has the UK Been Performing on It's Climate Change Pledges So Far?

In 2015, the UK along with over 190 other countries signed up to the Paris Agreement and established Nationally Determined Contributions (NDCs) to decarbonise the global economy and limit the global rise in temperature to below 2°C.

However, two separate reports released toward the end of 2018, by the Grantham Research Institute and Climate Action Network respectively, found that most countries were not on course to hit their targets.

Through the Climate Change Act the government has committed to reduce carbon emissions in the UK by 80% against 1990 levels.

The target in the Act was based on scientific analysis which said this was what was required to keep temperature rises below 2°C.

To meet these targets, five-yearly carbon budgets were established, which currently run until 2032.

“UK will need to reduce emissions by at least 3% a year, from now on…”

“To meet future carbon budgets and the 80% target for 2050, the UK will need to reduce emissions by at least 3% a year, from now on. This will require the government to apply more challenging measures,” the Climate Change Committee says.

If the UK is to achieve those targets it urgently has to address carbon emissions from heat and transport, which combined account for 46% of total emissions, at 26% and 20% respectively.

The immediate and most readily available solution to these challenges is biogas; which from the single source of AD can be used to immediately contribute towards the decarbonisation of both:

which in total, stubbornly accounts for 10% of the UK’s total emissions.


The UK Committee on Climate Change (CCC) this week published its latest progress report to Parliament, Reducing UK Emissions,  and warned that the UK Government needs to take stringent action over the next 18 months if it is to meet its net-zero emissions targets by 2050.   In a second report, Preparing for Climate Change Impacts, the CCC concludes that the UK is ill-prepared to withstand the most critical effects of global warming on the natural environment, health and business.

CCC Recommendations for Action for UK to Meet 2050 Emissions Targets

The recommendations put forward by the CCC to meet the UK’s legally binding emissions targets and manage climate risk, include:

“The World Biogas Association, of which ADBA is a founder member, published a report [in June 2019] highlighting its potential in addressing climate change. AD and biogas can cut emissions by up to 10% globally – 5% in the UK.”

“This country cannot reach net zero emissions by 2050 without our industry’s contribution.”

“On-farm AD is the fastest growing area for our sector.  It can significantly decarbonise UK agriculture whilst providing new income for farmers.”

“By processing waste (notably food waste) and turning it into clean energy and bio-fertilisers, AD can also support the development of a circular economy that both farmers and the general public can fully engage with..  On the back of the CCC report and as the most immediate measures, we would therefore encourage the Government to progress the agriculture bill as soon as possible, with recognition of AD included in its system of “payments for public goods”, and to continue to support local authorities with the implementation of separate food waste collections by 2023”. 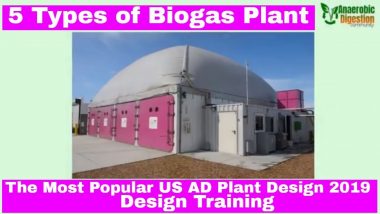