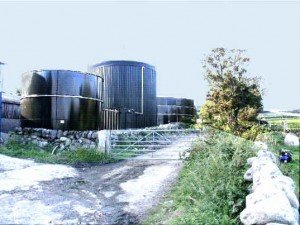 When we titled this page anaerobic digestion basics we decided to include all the basic information someone new to Anaerobic Digestion would be looking for. We start out with a definition of the AD process, provide a menu of links to the other basic AD process concepts. If you scroll down further you will see additional background information about anaerobic digestion, which we thought our readers would find useful to learn a basic understanding of the AD process.

Anaerobic digestion (AD) is a biological process similar in many ways to composting, but without air. It is a natural treatment process and, as in composting, bacteria break down organic matter and reduce its bulk or “mass”. Its huge advantage is that it produces a gas called biogas which is 50% to 75% methane, and that’s a clean-burning gas with huge potential for reducing carbon dioxide emissions.

Technical:
What is Anaerobic Digestion?
What is Digestate?

To gain an initial and rapid introduction into the basic concept of the modern anaerobic digestion plant (also known as a Biogas Plant, we recommend that you watch the video below. In under 3 minutes you will know a lot more about what happens in a basic biogas plant:

Watch the following video if you would like to see an introduction to “state of the art” Anaerobic Digestion (at a Dairy Farm), and how the basic anaerobic digestion system it is being enhanced by adding further processing,  providing additional products and income. Doing this can greatly increase the financial profitability of on-farm anaerobic digestion (biogas) plant installation.

A Comparison of Anaerobic Digestion with Composting

Unlike composting AD is carried out in an oxygen-free environment (known as anaerobic conditions) to allow the presence of bacteria adjusted to these conditions which then multiply and grow, and by so doing achieve the process aims of:

Photo at top of page: A Greenfinch Anaerobic Digestion Plant which was built during 2004/5 for use on a farm.

Why are we excited about Anaerobic Digestion (AD) just now? 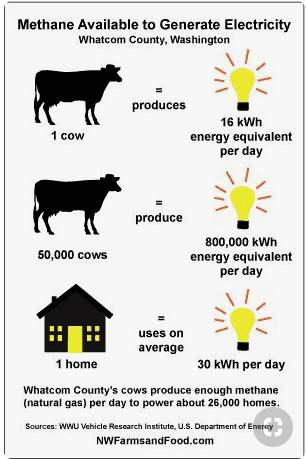 Here are 7 reasons for the current high rate of growth in anaerobic digestion facilities in particular (also known as “Biogas Plants”) in the industrialized nations, and the UK:

The above 8 points are the anaerobic digestion basics driving biogas plant development.

If you know of more reasons for growth in biogas production, or would like to add to our list of “anaerobic digestion basics” source materials, we would like to hear from you. Please use our comments form below to add your reasons for the rising number of Anaerobic Digestion facilities.

Explore More of this Site:

Affiliate Disclosure: IPPTS Associates is a participant in the Amazon Services LLC Associates Program, an affiliate advertising program designed to provide a means for sites to earn advertising fees by advertising and linking to amazon.com.

Free Newsletter Sent to You Whenever we Post a New Blog Article!