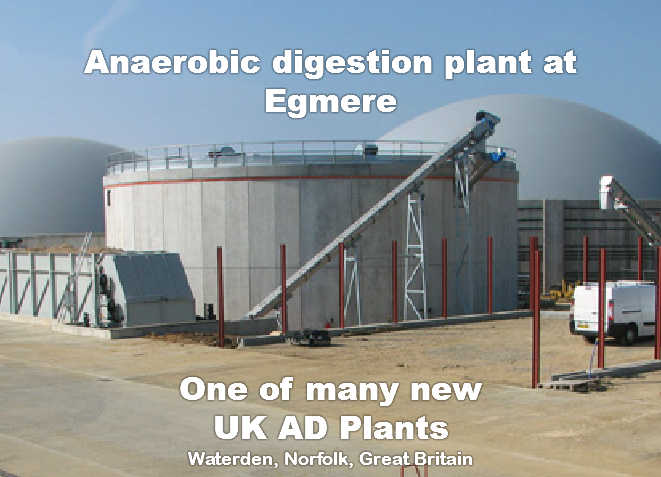 What is Anaerobic Digestion?

“A Natural Process Returns to Prominence”

For both processes, a digester tank is made use of: a gas-tight, sealed vessel with draw-off points, in which plant and animal material (biomass) is naturally digested by micro-organisms, which then release functional methane.

Here is the definition which is provided by the US Government Massachusetts website:

What is Anaerobic Digestion (AD) and how does it work?

Anaerobic digestion (AD) is a biological process in which micro-organisms break down organic materials in the absence of oxygen and form an energy-rich biogas. In the “wet” version of AD, pumpable organic feedstocks (such as food processing waste or animal manure) are placed in an enclosed chamber that is maintained between 95 to 140 degrees Fahrenheit, typically for about three to four weeks. Naturally occurring fermentation micro-organisms that thrive in this heated environment break down the organic solids and “methanogens” produce biogas, comprised primarily of methane and carbon dioxide. “Dry” AD systems operate similarly, but can handle feedstocks with lower moisture content like table scraps or yard waste.

While the digestion process greatly reduces the volume of solids, reduction varies depending on the feed source, temperature, and amount of time the solids are retained in the digester. The leftover digested material is rich in nutrients and may be used directly as a fertilizer or soil amendment, or mixed with other materials and composted. via: www.blog.mass.gov

— Watch Our Video Below for an Explanation of “What is Anaerobic Digestion?”. —

[box type=”note”]Keep in mind: According to data on Biogas-Info.com, although a digester tank can accept waste from markets, residences and supermarkets, it is slurry and manure from farms that is most regularly processed. As long as the tank's contents are: mechanically stirred and heated up appropriately throughout, and the settling of solids and crust development can be stayed clear of, the process can be very effective.[/box] 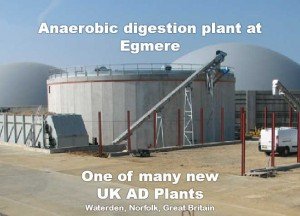 Plus, afterwards, the treated material (digested effluent, or “digestate”) can be used as a nutrient-rich fertiliser and soil conditioner.

It allows farmers and other rural business owners to:

With all this, it is not surprising that many businesses and communities are increasingly looking to benefit from Anaerobic Digestion, and the marsh gas (methane) it produces, as first identified by Alessandro Volta. To put it another way, people who asked what is anaerobic digestion, and understood the answer a while ago, are now getting involved with it. some are building their own biogas plants, and many others are promoting the knowledge of this amazing process.

There is also a growing trend of AD plants being set up by entrepreneurs looking to gain market presence as an energy supplier, and to win government contracts for energy supply at subsidised rates known as the “Feed-in-Tariff” and “Renewable Heat Initiative” (RHI) in the UK.

There are two basic AD processes:

In all types of anaerobic digestion process the work of fermentation is carried out by bacterial, and archaea. Archaea are a sub-division of bacteria but they are very different, possibly because their origins are thought to be extremely old.

We hope that this clarifies your question for more details about biogas facilities visit our homepage “anaerobic digestion home“.

[box type=”info”]The 2009 EU Renewable Energy Directive sets a target for the UK to achieve 15 per cent of its energy consumption from renewable sources by 2020, according to The Department for Energy and Environment Modification. Business and organisations across the country are therefore being urged by the Government to do all they can to attain this goal. Lots of farmers, other rural company owner, and water utility businesses are certainly doing their bit to producing renewable resource and getting rid of excessive greenhouse gas production, by diverting biodegradable wastes to Anaerobic Digestion (AD): a process that includes the natural breakdown in digester tanks of natural products into methane, CO2 gas and fertiliser.[/box]