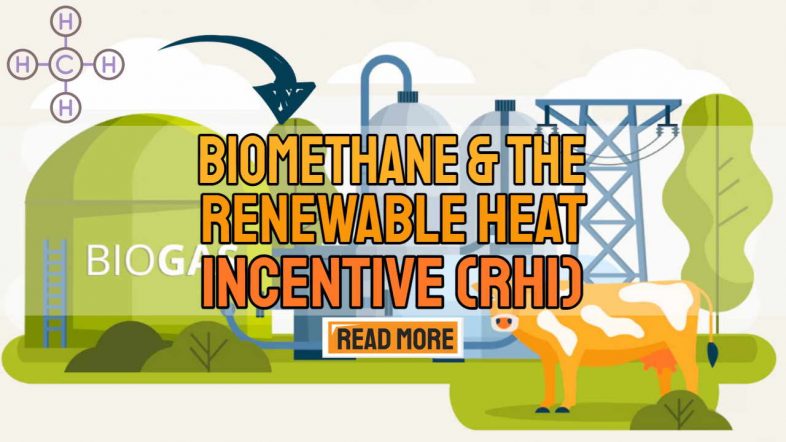 The UK Government RHI Subsidy scheme closed at midnight on 31 March 2022. If you are a biogas plant operator with an existing renewable heating system already accredited to DRHI, you will usually be able to receive the remainder of the payment as originally promised by the government within this scheme.

The following article is the archive version of the original article published here in December 2016 when it became clear that the UK government was about to reduce and close the RHI scheme to new applicants.

What was the Renewable Heat Incentive scheme?

How does he work out? The Domestic Renewables Energy Incentive DRHI is the government funding incentive to increase renewable heat that will reduce carbon emissions.

The Renewable Heat Incentive ( RHI ) provided financial incentives to install renewable heating in place of fossil fuels. Reforms to the scheme introduced in 2018 focused on: long-term decarbonisation promoting technologies with a credible role to play in the transition to better value for money.

Sellers of this subsidised methane show their buyers their REGO Certificates to prove that the energy supplied is indeed renewable, using Renewable Energy Guarantees of Origin (REGOs). The purpose of the REGO scheme is to promote and increase the contribution of renewable energy sources to electricity production across the EU, providing a common platform to facilitate the trade of renewable electricity between member states. 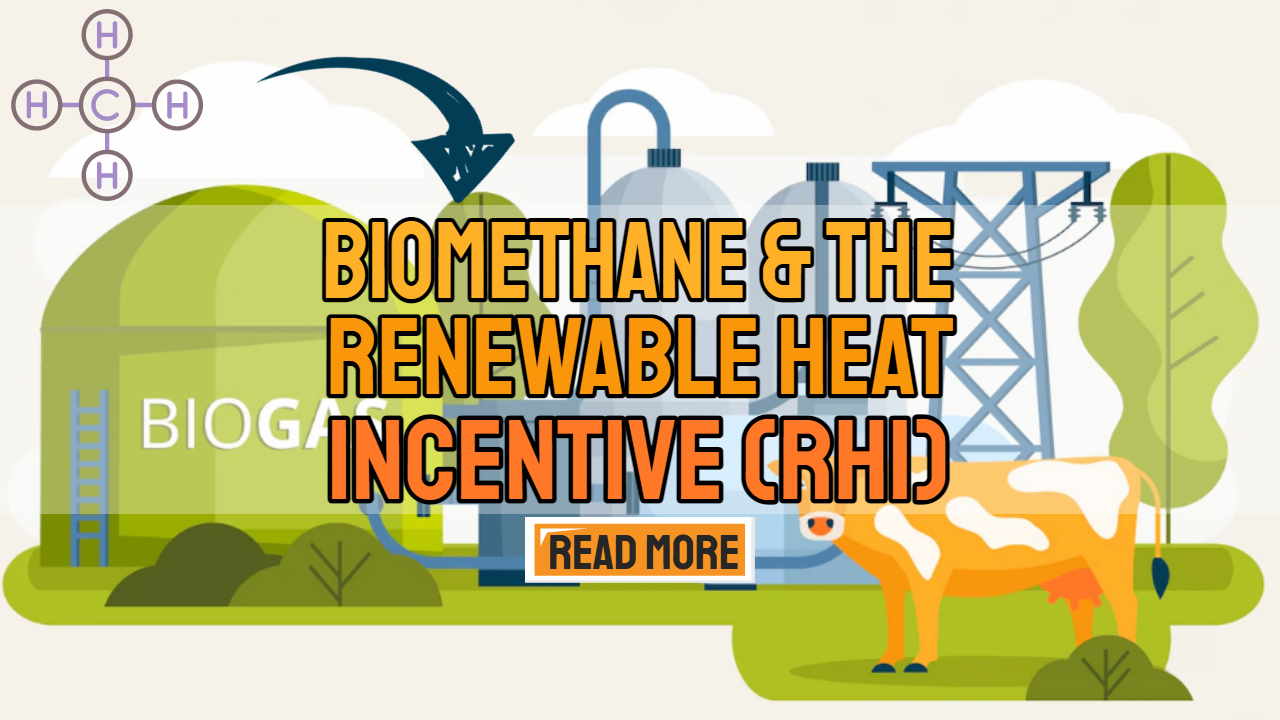 Is the RHI still available for Biogas/Biomethane plants in any form?

No. There is another form of biomethane (Green Gas – GGSS) support scheme but the budget available to be spent is far lower and strictly capped. As the RHI programme ended in March 2022 it was partially been replaced by the UK Green Gas Scheme which is a solely biomethane renewable heat incentive. The GGSS is administered by Ofgem. Ofgem is the Office of Gas and Electricity Markets.

The renewable heat incentive (RHI) ran until March 2022 when the government ended the plan, as the program was popular but not considered to be a good value investment for taxpayers' money.

An earlier support scheme was the Renewables Obligation (RO). That was the main support scheme for large-scale (>5MW) renewable electricity projects in the UK. A Renewables Obligation Certificate (ROC) was a green certificate issued to an accredited generator for eligible renewable electricity generated within the United Kingdom and supplied to customers

What were the Renewable Heat Incentive (RHI) Criteria for eligibility for RHI?

The changes to RHI tariffs in 2017 were outlined in a factsheet published by the UK Office of Gas and Electricity Markets (Ofgem) shows that for medium biogas installations of 200 kWth to 600 kWth the tariff is expected to be 5.9 p/kWh, while for large biogas installations above 600 kWth in size it will be set at 2.2 p/kWh. For biomethane injected into the grid, on the other hand, the situation is more complex

Heat meters are used to monitor the thermal energy generated and contribution to the thermal storage on commercial systems under the UK RHI scheme for technologies such as solar thermal, heat pumps, and biomass systems. With the mandatory requirement for commercial RHI-eligible installations to include accurate heat metering technologies, there are now many manufacturers supplying RHI-compliant heat meters that have the required MID Class 2 approved units in the United Kingdom market.

Renewable installations using “generating equipment” that had previously received support under the Renewables Obligation or Feed-in Tariff schemes were not entitled to receive support through the FIT scheme. Installations receiving grant support for “generating equipment” are also not entitled to support through the FIT Scheme.

UK Government RHI Subsidy Scheme and the Future of Biomethane

The future of the RHI scheme in support of anaerobic digestion is seen by many as being crucial to the continuation of AD Plant schemes across the nation. It comes at a time when the added advantages of production biomethane are being better appreciated, and uptake of the process to produce CNG (Compressed Renewable Natural Gas) is rising fast, so the RHI Scheme will be central to most decisions on whether to proceed with biomethane producing AD projects.

There has been much talk of the UK anaerobic digestion industry being halted in its tracks due to the rapidity, and unpredictability of the UK government's recent renewable energy subsidy removals. There was, therefore, much nervousness about big further cuts in the RHI Scheme.

However, the results of the UK wide consultation process which went ahead this year (2016) have now been published, and in some areas, there is room for cautious optimism that a reasonable scheme which is both supportive of the AD and biomethane sectors, and of the sustainable use of biomass, may emerge.

UK Renewable Heat Incentive (RHI) UPDATE (November 2017): The long hoped for RHI subsidy reinstatement did not take place as promised in the summer, due to PM Theresa May's decision to hold a snap election. It was then hoped that the RHI legislation would go through in the autumn of 2017. But, at the end of October 2017, it was realised that no parliamentary time is being allocated to passing new RHI subsidies, until well into 2018. ADBA has made it clear that this delay will jeopardise the UK's ability to comply with undertakings given in the Paris Climate Change Accord in 2015.

UK Support for biomethane RHI will foster the development of plants like this one in France.

Government's Reform To Heat Decarbonisation Is A Positive Step Forward

The REA's analysis of the Government's finalised scheme, released today, indicates that the reformed Renewable Heat Incentive moves us closer to the UK meeting its legally binding 2020 renewable heat target. However, there will be certain key sectors which will struggle, including biogas and non-domestic biomass boilers.

“The reforms made today to the Renewable Heat Incentive are an improvement to the earlier consultation and will go some way to grow an effective renewable heat sector in some cases to 2021. As recognised in this consultation response, heat is a very complex issue and we need all technologies on board to achieve our long-term goals. Renewable gas, biomass boilers, solar thermal, heat pumps, heat networks, hydrogen and other technologies will all have a role to play.

“The next step is for Government to lay out a long-term energy strategy so the industry can prepare for low-carbon heat deployment in the 2020s and 2030s. As of now, this policy only takes us to 2021 and there is little indication of the Government's vision beyond.”

“Unfortunately, the biogas combustion tariff isn't likely to enable many new biogas CHP projects to come forward. With the closure of the RO, and rapidly falling tariffs for the Feed-In Tariff, this sector still faces many challenges.” via Blueandgreentomorrow.com

So, this means that it is likely that the future UK anaerobic digestion subsidies will only be sufficient to allow the survival of the MOST COMPETITIVE projects.  Clearly, these projects exist, and one which has been announced to be going ahead, even before the new RHI Scheme has been published is the AD Facility described below:

Located in Bonby, the company will convert 75,000t of food waste into seven million m³ of biomethane every year. Green gas produced at the new biogas plant will be non-fossil fuels which will be distributed through the local grid.

With the completion of the order, Xergi will have constructed its tenth plant in the UK. Xergi's chief executive officer (CEO) Jørgen Ballermann said: “The project for Brigg Lane Biogas is our tenth delivery in the UK.

“Once the plant has been built, we will have supplied a total biogas capacity equivalent to 26MWe in the UK, a figure that we are extremely proud of.” via Power-technology.com

Changes to the scheme were proposed in a public consultation in March. At that time, the renewable heat industry was deeply concerned that the revised tariffs would result in a steep fall in the deployment of many renewable heat technologies. Proposed tariff reductions of 45% for parts of the biomass heat sector, for example, were projected by the Government to lead to a 98% drop in installations.

Other technologies, such as solar thermal, were to be removed from the RHI altogether. The proposals resulted in a significant outcry from sectors of the renewables industry.

The REA's analysis of the Government's finalised scheme, released last week, indicates that the reformed Renewable Heat Incentive moves the UK closer to meeting its legally binding 2020 renewable heat target. However, there will be certain key sectors which may struggle, including biogas and non-domestic biomass boilers.

ADBA chief executive Charlotte Morton said: “It's great to see that the new ministers in the Department for Business, Energy and Industrial Strategy (BEIS) remain committed to decarbonising heat in the UK and continuing to support the UK's burgeoning green gas industry.

“We are pleased to see that tariff levels have been reset – this should support higher levels of deployment. We do not believe, however, that the restrictions on feedstock for new plants, which could have unintended consequences, are justified.

“The introduction of tariff guarantees is extremely welcome and we will continue to work with the UK Government and with our members to ensure the UK AD industry keeps growing and reaches its full potential – for example by calling for urgent action on food waste collections in England.

“Biomethane and biogas have been real success stories from the RHI, and the continuation of this scheme will allow the UK AD industry to build upon its success to date, decarbonising heat without any changes for the consumer.”

So, to emphasise the important role which it appears that future anaerobic digestion processes and biomethane will hold within the overall RHI, we have produced the list of supported technologies provided on other websites, with the references to biomass energy and biomethane highlighted, as follows: 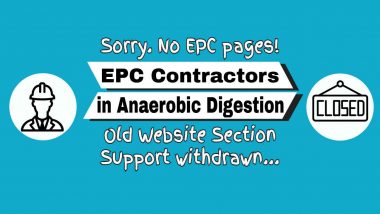