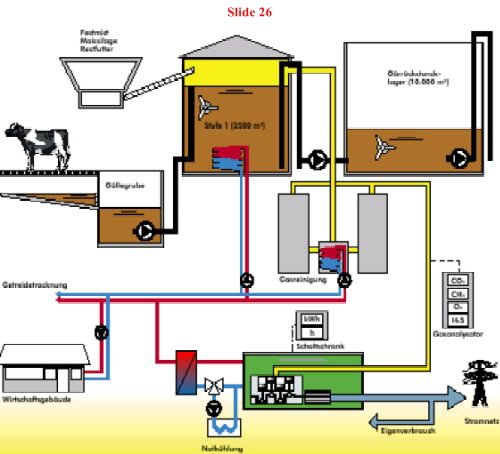 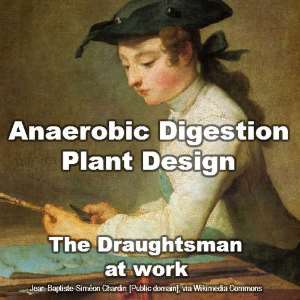 In the Anaerobic Digestion Plant Design section we provide the following articles:

The first stage of any AD Plant design is to define the primary aim, or purpose which an AD Plant is intended to satisfy.

The main purpose for Anaerobic Digestion in MSW Treatment may be, for example, to reduce the bulk (or “mass”) of the material.

The new generation of MSW anaerobic digesters are being designed with the further additional design featuress:-

The terms anaerobic digestion design and biogas digester are synonymous. However, on this web site we have chosen to use the term Anaerobic Digestion Plant design as a more generic term.

This is due to the fact that the term “biogas” suggests that the plant’s primary purpose will be to produce biogas (methane), and there are many anaerobic digestion plants both in use today and historically that have not been installed primarily to produce and utilise biogas (methane for electricity generation, biofuel for transport vehicles, LPG for cooking and heating use etc,).

It is only since about 2003 in Europe, but possibly a century earlier in China, that the creation of biogas has been a viable function of anaerobic digestion plants. The reason that AD biogas has now become a valued commodity is that fossil fuel sources of methane gas have risen so much in price that (with some encouragement from government grants and tax breaks) biogas methane can be cheaper.

Biogas is, when scrubbed and pressurised, equivalent in composition and broad calorific value to the fossil fuel known as Liquid Natural Gas (LNG). and at lower pressure can double for Natural Gas in town and city gas supply pipelines.

Just as the primary purpose, and scale, of Anaerobic Digestion Plants is very diverse so are the processes which have been developed to meet these challenges. Many processes are similar in principle, but do vary substantially according to the primary purpose and environmental, plus economic and political drivers.

An example of an Agricultural Anaerobic Digestion Plant Design

Slide 26, above, appears to have been produced by Entec GMBh, with the following design data given on the same slide:

[box type=”note”]We are unable to attribute this information due to the original slides having been moved, or removed.[/box]

The AD process begins when biomass is put inside a sealed tank or digester Naturally occurring micro-organisms digest the biomass which releases a methane-rich gas, known as biogas that's used to generate renewable heat and power. via www.balmoraltanks.com

The primary purpose of AD plant design is normally to produce biogas efficiently, and the following assumes this purpose throughout. (More information is here for AD plants for water treatment.)

Anaerobic digesters can be designed and engineered to operate using a number of different configurations and can be categorized into batch vs. continuous process mode, mesophilic vs. thermophilic temperature conditions, high vs. low portion of solids, and single stage vs. multistage processes. Above this level is considered high solids content and can also be known as dry digestion. In the most common single stage process, one reactor houses the four anaerobic digestion steps.

In continuous digestion processes, organic matter is constantly added (continuous complete mixed) or added in stages to the reactor (continuous plug flow; first in – first out). Here, the end products are constantly or periodically removed, resulting in constant production of biogas. A single or multiple digesters in sequence may be used.

Additional pre-treatment can be used to reduce the necessary retention time to produce biogas. For example, certain processes shred the substrates to increase the surface area or use a thermal pretreatment stage (such as pasteurisation) to significantly enhance the biogas output. The pasteurisation process can also be used to reduce the pathogenic concentration in the digesate leaving the anaerobic digester. Pasteurisation may be achieved by heat treatment combined with maceration of the solids.

In batch tunnel digesters, the feedstock is deposited in tunnel-like chambers with a gas-tight door. Neither approach has mixing inside the digester. The amount of pretreatment, such as contaminant removal, depends both upon the nature of the waste streams being processed and the desired quality of the digestate. Size reduction (grinding) is beneficial in continuous vertical systems, as it accelerates digestion, while batch systems avoid grinding and instead require structure (e.g. Continuous vertical dry digesters have a smaller footprint due to the shorter effective retention time and vertical design.

High solids (wet) digesters process a thick slurry that requires more energy input to move and process the feedstock. The thickness of the material may also lead to associated problems with abrasion. High solids digesters will typically have a lower land requirement due to the lower volumes associated with the moisture.[citation needed] High solids digesters also require correction of conventional performance calculations (e.g.

Low solids (wet) digesters can transport material through the system using standard pumps that require significantly lower energy input. Low solids digesters require a larger amount of land than high solids due to the increased volumes associated with the increased liquid-to-feedstock ratio of the digesters. There are benefits associated with operation in a liquid environment, as it enables more thorough circulation of materials and contact between the bacteria and their food.

Another one-stage reaction system is an anaerobic lagoon. These lagoons are pond-like, earthen basins used for the treatment and long-term storage of manures.[40] Here the anaerobic reactions are contained within the natural anaerobic sludge contained in the pool.

In a two-stage digestion system (multistage), different digestion vessels are optimised to bring maximum control over the bacterial communities living within the digesters. Acidogenic bacteria produce organic acids and more quickly grow and reproduce than methanogenic bacteria. via en.wikipedia.org

When to Choose a Thermophilic Anaerobic Digestion Design

Generally, thermophilic anaerobic digestion (AD) would be used when greater pathogen kill is necessary.  This temperature range can produce “Class A Biosolids”.  Class A Biosolids is a designation for dewatered and heated sewage sludge that meets U.S. EPA guidelines for land application with no restrictions. Thus, Class A Biosolids can be legally used as fertilizer on farms, vegetable gardens, and can be sold to home gardeners as compost or fertilizer.  Thermophillic digesters require less time to process feedstocks but may have higher costs and be more difficult to operate.

In general, mesophillic digesters are easier to operate and maintain, but will not result in sufficient pathogen kill to produce Class A Biosolids. via www.epa.gov

Anaerobic Digestion Design for Pumping and Mixing the Sludge

Irrespective of single or two stage digestion system, in general, the frequency of pumping the sludge to the digester needs to be standardized so that uniformity of digestion rate can be maintained. Further, mixing (using, for example, mechanical or gas mixers or recirculation pumps) is necessary to prevent stratification of sludge in the digester which can affect performance.

In conventional digesters mixing is intermittent and, therefore, likelihood of stratification is more and the holding times can vary from 30 to 60 days. These have slower rate of digestion. In comparison to that, modern digesters have high turnover and digestion rate due to provision of continuous mixing and streamlined sludge feeding and withdrawal system. The holding times in such digesters can be as low as 15 days or even lesser.

Many digesters also have floating covers to accommodate the gas produced. Such gas can be transferred to be used for heating the sludge to necessary levels. It can also be used elsewhere, for example, for domestic purposes. via chokhavatia.com