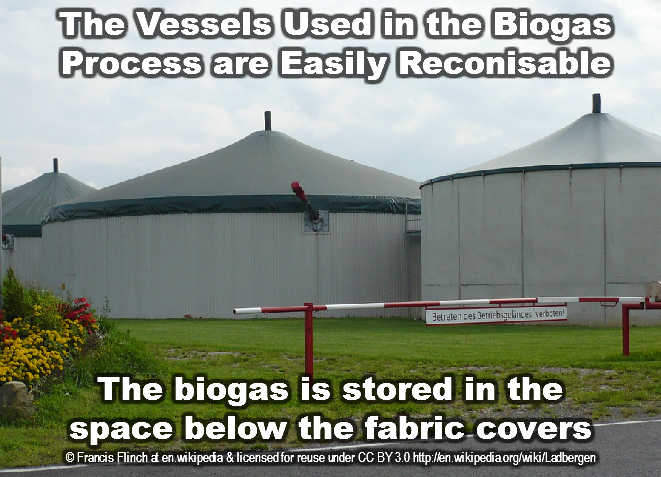 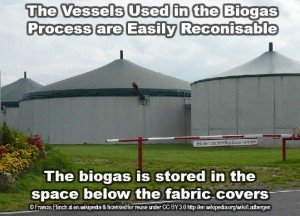 The Anaerobic Digestion Process has been around since ancient times and probably evolved while our planet's early atmosphere lacked oxygen. It is also what makes the digestive systems of many animals work, so many creatures owe their lives to this amazing process!

[box type=”info”]This website focuses on the Anaerobic Digestion of waste materials, and to split this subject down into bight sized chucks we have included the following pages in this section:[/box]

The Stages of the AD Process

To reduce the sheer bulk of waste destined for our highly unpopular landfill sites, to extend their operating lives and to minimize the environmental and safety hazards of the materials delivered unto them, there is increasing public and legislative pressure to minimize waste, reuse, and recycle a greater proportion of the discarded food, possessions and general rubbish we call “municipal solid waste” (“MSW”).

There is also a growing demand for energy and for that energy to be “green” and not from a fossil fuel based source which contributes to the greenhouse gas effect and climate change. There are lots of ways that waste, with its locked-in energy, can be used as a fuel source, but one of the very best, if not the best of all, is a process called Anaerobic Digestion.

The scope for anaerobic digestion of MSW “putrescibles” becomes apparent when one examines the composition of household refuse and the limitations of existing recycling schemes due to the fact that a lot of it is organic (putrescible/ “rottable”) waste. The big advantage possessed by anaerobic digestion is that using it to produce “biogas” (mostly methane) can not only provide a fuel for ordinary diesel generators, but also can be converted into biofuel which can be used in the automotive industry. This can potentially provide us with green fuel in the place of fossil fuels which are saved as a result.

What is the Anaerobic Digestion Process?

Watch the video below and we think that you will in less than 4 minutes have learnt the answer to the question of “What are the Anaerobic Digestion Process Steps?” Just click on the arrow in the centre of the screen to start the video, and give it a moment to start.

Is this a New Process?

When the term “anaerobic” is used it may seem to the non-technical among us that science has conjured up a new form of digestion. Of course, this is not the case.

Methane bacteria are everywhere, and always have been. They not only occur widely in the bottom sediments of ponds, marshes, lakes and swamps, but much closer indeed in the intestinal tracts of man and many animals (especially cattle and other herbivores). Methane bacteria are usually found in association with sulphate-reducing bacteria.

Why are they all about us, you might ask? The reason is that they are scavengers, removing the decomposition products of other anaerobic bacteria and converting them to a mixture of carbon dioxide and methane gas. This mixture is that we call “biogas”.

What Happens in an MSW Anaerobic Digestion Plant

Refuse collection vehicles (RCVs) deliver the collected waste to the plant and the degree of sorting then applied varies. Source separated garden and food waste often can go straight into the anaerobic digestion process, but mixed residual (‘black bag’) waste needs sophisticated sorting mechanically to remove the non-biodegradable contaminants. The plant in which this sorting is done is called a Materials Recycling Facility (MRF).

Sorting may involve screens, rotating drums for segregation, air classifiers, and powerful magnets. The organic waste fraction is then shredded and usually mixed with water. The waste and water slurry is then pumped into a sealed vessel where it is heated, and stirred where the it stays for up to about 3 weeks. This is known as the digestion or fermentation stage.

During this period the bacteria digest the waste and create a gas comprising of about sixty percent methane with the remainder being mostly carbon dioxide. This can be used as the source of the heat energy to warm the digestor(s), and there is usually sufficient methane left over to power an electricity generation set.

The anaerobic digestion process is normally continuous and filling and removal of the treated material takes place simultaneously. The output takes two forms. There is a solid digested material (digestate) which is often pressed to reduce the water content. The solid digestate is fibrous and can be used as a soil improver once it has been further matured usually by being placed in piles to aerobically compost, further reducing its weight, for about two weeks.

The digestate is very similar to compost once it has stood in the air for this period.

Unfortunately, even for most source segregated wastes there will be foreign matter, especially plastics etc, in the matured digestate. So, additional sorting will usually be required to remove contaminates before it can be used, and the most common is the use of a small mesh-size screen.

The liquid fraction can be re-circulated back into the anaerobic digestion process, but in almost all AD process designs some excess water is generated. And depending on the removal of, or avoidance of, the presence of possible infectious agents from the feedstock, this can be used as a fertiliser. If the waste source was classed as contaminated (eg food waste) and the waste is not then pasteurized within, or after, the digestion stage the resulting liquid product cannot be used on the land and has to be disposed of to sewer.

What is the Chemical Equation?

The reactions involved can be represented as follows:-

Syntrophic bacteria such as Syntrophobacter wolinii and Syntrophomonas wolfei provide the methane bacteria with their food supply via the reactions which convert propionate and other volatile acids into acetic acid and hydrogen gas.

Other supplies of food to the methanogens are other anaerobic (food decomposing) bacteria which decompose complex organic substances into volatile fatty acids.

Methane production also takes place in the bottom sediments of ponds, marshes, lakes and swamps, and phenomena referred to in old accounts such as the “will-o-the-wisp”, no doubt originate from methane from such sources.

Effectively the anaerobic digestion process has been devised simply to “engineer the inevitable” and allow this natural fermentation to proceed to completion before discharging the fibrous “digestate” to landfill or to a “composting plant” further mixing and decomposition can take place to make the digestate suitable for agricultural, and horticultural applications.

Sterilisation – An Important Requirement for Many Anaerobic Digestion Processes

Thermal sterilisation (or pasteurisation) of co-substrates or digestate is often be required when using specific feedstocks. (See animal by-products legislation for the UK). Even the normal Thermophilic temperature ranges used for digesters, cannot generally be considered sufficiently high for a reliable sterilisation.

An EU-initiative to improve the present situation of biodegradable waste management, the guideline “Biological treatment of bio-waste”, states that the wastes should undergo either:

The requirements for sterilisation within the EU are now part of the Animal Bi-products Regulations. These are provided here.

We are Getting Better at Building AD Plants!

Anaerobic Digestion process design is still a technology which needs a lot of improving and developing. There are quite a few problems in using it reliably for the fermentation of wastes, despite the fact that Anaerobic Digestion has been used for sludge digestion at sewage works for at least 50 years. The problem which exists is that MSW is not uniform, each load is different, making it hard to deal with.

Putting that aside for a moment though, and from what we have written here. Shouldn't you be considering Anaerobic Digestion for your organic waste processing solution, if you are not already?

In this section we are discussing anaerobic processes which are carried out essentially in the liquid. Solid wastes can be treated by many of these processes if the wastes are processed at the inlet to become a slurry with liquid properties.

The anaerobic sludge digestors which were installed in sewage treatment works from the early part of the twentieth century, were suspended growth processes. Many plants continue to be based on such processes, however, the following recognised variants have subsequently been designed, and as no one solution excels under all circumstances, each must be considered to be a part of the AD process toolbox:-

Generic formula are available in the texts published to enable the production of process designs for each of the above.

These are suspended growth processes of a special type. The USAB process is the best known proprietary process which uses an anaerobic sludge blanket, and over 500 have been built, mostly for water treatment. The main variants are:-

Generic formula are available in the texts published to enable the production of process designs for each of the above.

(Get your UASB eBook here. It's free!)

These are anaerobic filters and include trickling type filters in which any one of a wide range of packing materials have been used.