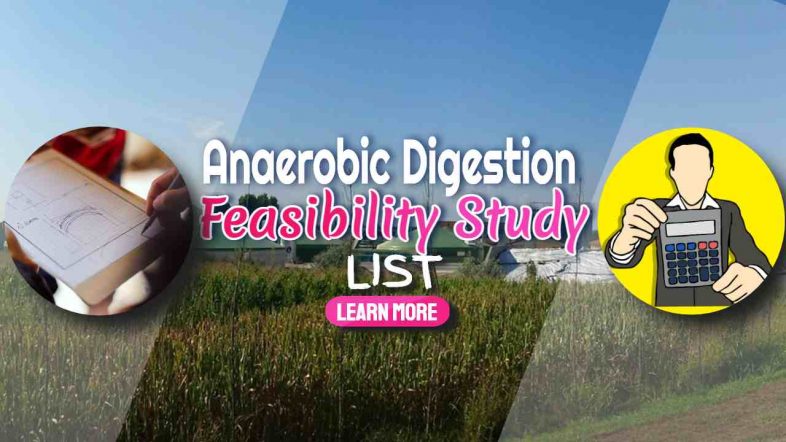 Have you ever considered doing an Anaerobic Digestion Feasibility Study? If you are wondering about whether or not to build your own biogas plant, sooner or later most people consider embarking on an Anaerobic Digestion Feasibility Study. You can do these yourself, but generally, it is better to bring in a biogas expert to work with you on such a study.

What is an Anaerobic Digestion Feasibility Study?

The purpose of any Anaerobic Digestion Feasibility Study is to prepare a report which:

If the project promoter decides to proceed with an anaerobic digester, significant capital and operating costs will need to be included in future budgets. These costs are outlined in detail in the  Anaerobic Digestion Feasibility Study report.

When Should an Anaerobic Digestion Feasibility Study be Done?

We did some online research to see what we could find that others have said on this subject, and we found the following:

Although it is important to actually crunch the numbers, there are five indicators that an anaerobic digester might be economically feasible at your operation.

These indicators should be viewed as a screening tool.

The indicators can help determine whether you should pursue a comprehensive feasibility study of your operation. These criteria have been selected based upon studies conducted in the US Intermountain West by Keske (2009) and Sharvelle and Keske (2011).

If an operation meets at least two of the criteria, it might be worth the time to conduct a more detailed spreadsheet analysis. The indicators are as follows:

But, CAFOs are just one type of operation which can benefit from studying the feasibility of installing and operating an anaerobic digestion plant.

Examples of Operations Which May Benefit from AD Feasibility Studies

There are of course many more examples of operations than CAFOs which can profit from installing and running a biogas digester. For example:

Some councils have even considered, and may soon install, AD plants fed by highway verge cuttings.

For all the above examples there will be various factors that will need consideration before it is possible to make a reasoned decision on the technical and financial feasibility of a biogas plant.

An important consideration is an availability of, (or if it is necessary to buy in the feedstock) the price of procurement of, a bio-waste stream or streams. And, here is important to stress that the nature of a biogas plant is such that a close to a constant rate of feeding is needed year-round.

The absence of a feedstock for one season may rule out the technical feasibility of a biogas plant which might otherwise be viable.

Anaerobic digestion digester tanks are not suited to be being “switched off” at any time, with no feed, as they depend for their success on communities of living organisms. Those organisms rather unsurprisingly won't be viable if left unfed for a significant period of time.

The 3 most common feedstock waste streams which feature in anaerobic digestion feasibility studies are:

Manure often can be an alternative energy source for livestock farmers, and a feasibility study can resolve whether a facility is feasible for a specific farm or locality.

In these times of Net-Zero 2050 decarbonization targets, all water utility companies should be actively considering the viability of investing in anaerobic digestion feasibility assessments for all their treatment plants above a threshold size.

Food waste is a hugely important contributor to climate change for all sorts of reasons, which we have written about elsewhere on this website.

If your organisation produces a quantity of food waste and wishes to be seen as an environmentally responsible and sustainable business, we recommend that you consider installing an AD plant. Or, alternatively, using a waste management service that provides anaerobic digestion for your food waste disposal.

The idea of anaerobic digestion feasibility studies is not a new one. 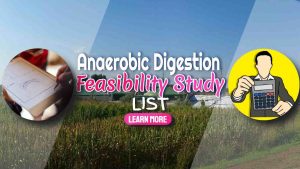 The purpose of the study was to determine the technical requirements and economic feasibility of biogas production on the farm.

2. Nantucket sewer department: The town of Nantucket's sewer department and Weston & Sampson conducted a feasibility study to evaluate the potential for developing an organics-to-energy project at the town-owned surfside wastewater treatment facility (WWTF) through a grant provided by the Massachusetts Clean Energy Center (Masscec).

The study was conducted to provide a determination of the technological feasibility and economic viability of adding one or more anaerobic digesters to the WWTF.

It was reported that:

If found to be feasible, the addition of anaerobic digestion technology would be used to provide the island with an alternative source of energy. This would reduce energy demands and costs, as well as providing volume reduction of source-separated and WWTF waste, reducing demand on the island’s already limited landfill capacity.

3. City of Greeley and Symbios Technologies, LLC: Provided a final report to the State of Colorado Governor's Energy Office.

A Phase 1 engineering and business feasibility analysis of a multi-feedstock waste-to-energy facility was carried out for the Greeley Clean energy park, as of November 2009.

A feasibility analysis, to assess the suitability of converting the biogas produced in an existing anaerobic digestion plant to biomethane, was carried out. The case study plant was equipped with a micro-gas turbine co-generator.

Several upgrading systems of different sizes were considered, to determine the most suitable configuration from a thermodynamic and economic point of view.

For this purpose, a model of the whole plant that included digesters, a micro-gas turbine, a sludge line, heat transfer loops, and heat exchangers was developed.

The City of Mesa recently completed a feasibility study to evaluate the technical, financial, and operational feasibility of introducing commercial food waste into one of the city’s wastewater treatment plants to create a source of renewable natural gas.

The large domes near the Price 101 and Red Mountain 202 Freeway Interchange in Northwest Mesa are anaerobic digesters at Mesa’s wastewater treatment plant.

Adding food waste would divert the waste from landfill. and raise the rate of methane production from the existing facility.

6. Feasibility Study for an AD Facility at a Commercial Food Processing Plant

The CCEP worked closely with a commercial food processing plant in Worcester, an organic waste haulier and a Massachusetts-based urban anaerobic digestion company.

They conducted a feasibility study for an anaerobic digestion unit in the Worcester area.

This anaerobic digester would not only reduce waste and treat wastewater but would also generate a consistent supply of electricity, heat and fertilizer.

7. Feasibility of a Catering Waste Anaerobic Digester on the UW Seattle Campus

This feasibility/ pilot study was done to evaluate:

The biogas and compost could be used for research projects by professors/ students, and the methane gas could be used to generate electricity or power water boilers on the UW Campus.

8. Investigation of Food Waste from Campus Buildings to be Co-digested with College's own Farm Waste

In a study completed May 2012 – October 2013,  MacDonald College (Mac) the benefit of an organic waste stream comprising both food waste from campus buildings and farm waste.

This duality was thought to provide Mac with an ideal location for research and experimentation with anaerobic digestion.

The results would be applicable to both municipalities and farm operations.

Implementation of digestion was seen as a great opportunity to contribute directly to McGill's own sustainability.

Not only that but the project may also add to the sustainability of the local and regional community through experimentation with digestion technologies in a northern climate.

The energy SWATeam made the following recommendation on 4 March 2020: The College of Aces should conduct a feasibility study to construct and operate an anaerobic digester at the University of Illinois at Urbana-Champaign Campus.

The College of Aces would then be recommended to proceed in accordance with the results of the feasibility study.

Study of renewable natural gas and nutrient recovery feasibility for Deruyter dairy: An anaerobic digester case study for alternative off-take markets and remediation of nutrient loading concerns within the region. The report was presented to the Washington State Department of Commerce.

Tax Breaks May Exist in your Country to help with the cost of these Feasibility Studies: In the UK the HMRC will provide up to 30% of the cost of Research and Development, and AD Feasibility Studies often qualify for this when businesses submit a suitable tax rebate claim. Consult your tax incentives expert for advice.

Request a Quotation for Your Anaerobic Digestion Feasibility Study

At IPPTS Associates we work with our associated consultants to offer feasibility studies for many nations globally where our associates have local offices.

Complete the form below, and provide the following information for a quotation for your study.

Please provide as much information as possible, such as:

By completing this form you will be acknowledging that we will be holding information such as your email address, and have read and agree to our Privacy Policy. 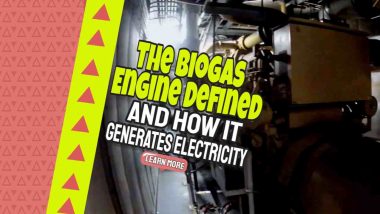 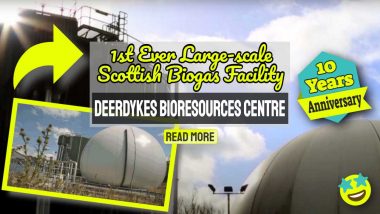