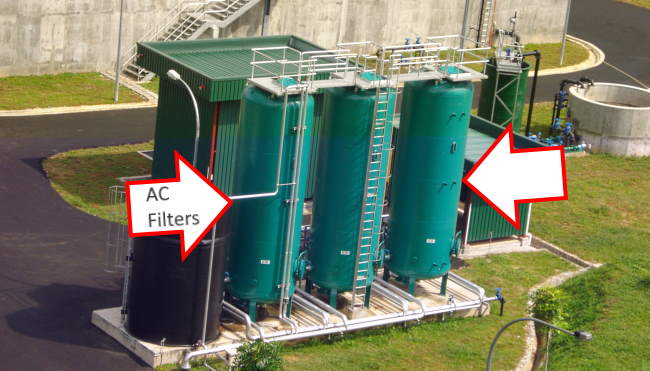 How to Purify Biogas Using Activated Carbon Filtration into Biomethane

[box type=”info” style=”rounded” border=”full”]As we are not experts in this subject we have curated the content here. We have selected text from the leading websites in this subject for our readers and provided it in an accessible sequence. We have also provided links to the authoritative websites after their text. That way, serious researchers seeking to purify biogas using Activated Carbon Filtration can easily find more information on the subject.[/box]

Activated carbon is widely used in the biogas/biomethane industry to remove contaminants such as siloxanes, hydrogen sulfide (H2S) and various VOCs such as limonene. via activated-carbon.com

Converting biogas into electric power, heat from renewable sources or biomethane (RNG, Renewable Natural Gas) requires the gas to be treated first. This will prevent problems occurring in the gas engine while at the same time enabling gas quality in excess of 99% CH4 to be achieved, which renders the gas suitable for feeding into the natural-gas grid.

Components typically needing to be eliminated include H2S (hydrogen sulphide) and siloxanes from landfill gas for example or H2S and terpenes from fermentation gas. To meet all these challenges mobile activated carbon filters, can be used. via www.desotec.com

Activated carbon filtration is widely used in the biogas/biomethane industry to remove contaminants such as siloxanes, hydrogen sulfide (H2S) and various VOCs such as limonene.

Watch Our video below. It's based upon this page:

Siloxane removal from biogas is imperative to guarantee a consistent performance of frequently used machinery like combustion engines, boilers, gas turbines, etc. Deposits of silica or silicates can cause these machines to wear off, apart from imbalances, fouls and other problems.

But first of all: what are siloxanes exactly?

Siloxanes are chemical compounds that can be found in products such as cosmetics, deodorants, water repellent windshield coatings, food additives and some soaps. They are often used to smooth or soften cosmetic products, or as a chemical building block for silicone-based rubbers and oils. A well-known siloxane application is without any doubt the so-called “siloxane sealer”. This is a water-based sprayable liquid, used to waterproof concrete or brick walls in general.

A siloxane is any chemical compound composed of units in the form of R2SiO (R = H or HC group).

Silicones are macromolecules containing a polymer backbone of alternating silicon and oxygen atoms with organic side groups, such as methyl, phenyl or vinyl, attached to silicon. The word siloxane is derived from the words silicon, oxygen, and alkane. Siloxanes are volatile, liquid compounds and tend to be quite persistent in their environments.

Siloxane Removal: Why and How?

Biogas and landfill gas can contain one or more species of siloxanes depending on the organic feedstock used to produce biogas in the anaerobic digester or dumped in the landfill. When biogas containing siloxanes is combusted in gas turbines, boilers or combustion engines, deposits of solid silica (SiO2) or silicates (SixOy) will adhere to cylinder heads, pistons, turbine blades, and heat exchanger surfaces, causing wear, imbalance, fouling, and other serious problems. In internal combustion engines deposits on pistons and cylinder heads are extremely abrasive and even a small amount is sufficient to cause engine power reduction (10-20%), two times more frequent motor oil change and also damage to the engine and possibly engine break down.

DESOTEC's solutions for biogas purification include siloxane removal for the filtered medium as well. High-quality, non-impregnated activated carbon is used as an adsorption agent in the siloxane removal process (also suited for VOC removal). via www.desotec.com

The Critical Consideration of Biogas Purity

As more uses for biogas are found, gas purity is a critical consideration. Removing compounds such as hydrogen sulfide (H2S), volatile organic compounds (VOCs) and siloxanes is critical for the protection of downstream equipment such as engines, membranes and fuel cells.

We supply a diverse portfolio of activated carbon grades to purify the biogas from undesirable compounds like H2S, siloxanes and VOCs. Our activated carbon products are specifically designed for the removal of these challenging impurities, making us an ideal partner for biogas producers who require a lower cost of impurity removal and improved profitability. via www.cabotcorp.com

Natural Gas and Biogas Must be Purified

The demands for the purification of natural gas and biogas are similar. Due to the different composition there are some special requirements for the treatment of biogas. In order to avoid corrosion in parts of the plant, hydrogen sulphide has to be removed from the gas. The removal also protects catalysts which are used, from an impact by sulphur containing compounds and a subsequent deactivation.

A group of substances which occurs only in biogas are siloxanes. These molecules do not appear in nature but are found in biogases which are produced from municipal waste and wasted fats. via onau-carbon-us.com

Hydrogen sulphide and mercaptanes can be removed from gas by different types of activated carbon. The selection of the most suitable process and the related activated carbon type is difficult and depends on the chemical composition of the gas as well as on the physical parameters such as humidity and temperature.

In general four different types of activated carbon can be chosen:

An important aspect that should be considered when selecting the carbon filter is the storage volume: a small volume to treat a large gas flow will cause rapid clogging of the filter medium, and consequently, should be changed more frequently, causing the output of equipment operation.

An arrangement of two filters (one operation and backup) allows more time for a delivery of fresh activated carbon to arrive and prevent the suspension of operations.

Finally, is important that the activated carbon filter offers safe operation, since it stores a considerable amount of fuel under pressure. via alterlat.com

According to American Purification, regeneration of a full scale unit is accomplished using microwave technology. The regeneration is completed in a vacuum under a nitrogen blanket and into a condensation system to simplify disposal.

Liquid absorbants are reported to have been used in at least seven installations in Europe to remove organics and siloxane from landfill gas (biogas). In the US, liquid absorption is also being it is reported, being used by a handful of landfill operators to treat biogas prior to use in combustion devices such as gas turbines.

One is called SELEXOL as manufactured by Union Carbide. SELEXOL is designed to provide not only siloxane removal but also CO2, H2S, COS, mercaptan, and BTEX removal from biogas.

Ecogas, Inc. a division of Getty Synthetic Fuels, is thought to have developed a system using the Union Carbide product.

Their system is reported to use SELEXOL in conjunction with a condenser and activated carbon. Reported removal efficiencies are high, and the method may be suitable for use for higher purification of biogas for upstream utilization. via landfill-gas.com

Within this market, the primary criterion for a biogas cleaning technology is efficacy. For instance the ability to remove siloxanes to a level where the biogas is no longer a danger to use in delicate motors. Ideally, this would be below the 100 parts-per-billion range.

Other desired characteristics include ease-of-use (the ability for a technology to be dropped into an existing biogas production process). This being without extensive engineering, with ease-of-handing, and cost-effectiveness. via landfill-gas.com 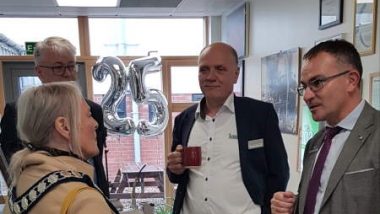 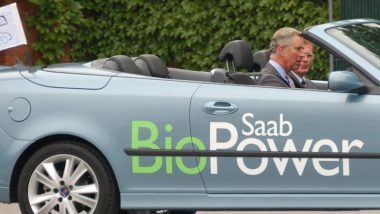