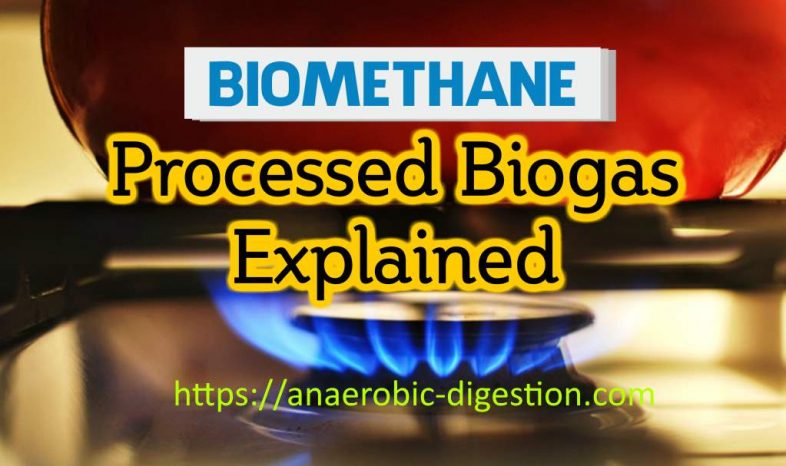 Biomethane production is the term given to producing “processed digester methane”, in other words the processed biogas from an anaerobic digestion plant. Chemically, it is very close to natural gas but unlike the latter, biomethane is produced from organic waste material in biogas plants.

So, the big difference between it and natural gas is simply the sustainability of its source. Natural gas is classified as fossil fuel, whereas bio-methane is defined as a green source of energy . Fossil fuels once used, can never be replaced, and that's not sustainable. On the other hand, it (methane) is a naturally occurring gas which is produced by the so-called anaerobic digestion of organic matter which is constantly growing or more importantly, being generated as waste, such as dead animal and plant material, manure, sewage, organic waste, etc.

If it is taking thought to hold in your mind the difference between fossil fuels and renewables, consider the following:

– Organic matter from which bio-methane is produced would release the gas into the atmosphere if simply left to decompose naturally, while other gases that are produced during the decomposition process such as nitrous dioxide for instance further contribute to the greenhouse effect.

– By using it mankind is simply using the solar energy to power civilisation as it naturally circulates in any event, so the impact on the planet is substantially neutral.

In time, there will be second-generation biomethane available, using new technologies still in development. This will increase the amount of this energy source available. It will probably be produced not only by anaerobic digestion but also by gasification from ligno-cellulosic biomass (wood and straw), using a thermo-chemical conversion process.

Can Biomethane Production Provide enough Power to Make a Difference?

A large amount of waste organic matter will be is needed to produce biomethane if it is to replace a significant proportion of the very huge amount of fossil fuel energy man now uses. Some critics of the idea that pure methane gas energy can become a savior for mankind, and its use, reduce climate-change significantly according to the current estimates of the size of the available organic waste as a limiting factor.

However, the reality is that current estimates will be seen in the years to come as having been far too low. There is huge potential to use organic feedstocks which exist, but at present are discounted as not being usable feedstocks.

Nevertheless, the pace of AD development is fast and soon these difficult organic feedstocks will be digestable with new ways being devised to digest currently intractable organic wastes.

Don't Underestimate the Power Mankind Can Produce as Biomethane

Another way to produce it is to capture the gas in landfills. Many landfills around the world do not yet have the necessary extraction wells and pipes to collect the biogas, but increasingly landfills are being used to collect biogas, and a rising proportion of this is being upgraded by processing it into gas-grid quality ethane.

Gas Grid Quality Methane from Biogas – Is Too Good to be True?

And, that's correct, it may seem too good to be believable. It is even eligible for support under the Renewable Transport Fuel Obligation. It's more flexible in its application than other renewable sources of energy. Less corrosive than biogas, apart from being more valuable as a vehicle fuel.

Biomethane is more flexible in its application than other renewable sources of energy.

This pure stream of bio-methane can then be injected it into the mains gas grid or used as a road fuel. While Gas Grid Quality Methane production can directly replace natural gas in heavy-duty vehicles, it can also be used to generate electricity or hydrogen for battery or fuel cell electric vehicles (such as the battery electric bus shown here).

The use of upgraded biogas, produced locally in small AD power stations can reduce the burdens on the electricity network and contribute to a temporary easing of cost-intensive upgrading work.

It can also be liquefied, creating a product known as “liquefied-biomethane” (LBM), or compressed “renewable natural gas” (rNG). It can also be stored as CBM to save space.

It can be used to generate electricity and heating from within smaller decentralized, or large centrally-located combined heat and power plants.

It can be injected and distributed through the natural gas grid, after it has been compressed to the pipeline pressure. Moreover, when injected it can be used at any ratio with natural gas as vehicle fuel.

In the UK, it will be a leading part of renewable gases policy within the Department for Transport (DfT). The DfT is currently working closely with all stakeholders to ensure that the future role biomethane production takes correctly recognises its strengths.

It can play an immediate role in the transport sector. Biomethane can also be used as a transport fuel, achieving significant environmental and cost savings in HGVs, buses and other vehicles, compared to diesel vehicles, while also playing an important role in improving poor air quality in our towns and cities.

In particular, it can displace the use of diesel in HGVs and buses to rapidly help reduce urban air pollution killing thousands annually.

We understand that it is fully recognised by UK energy policy officials that introducing the right policy framework to support the greater deployment of Gas Grid Quality Methane, is urgent. Climate change needs reducing soon, or the run-away effects will become ever more burdensome to wind-back the global warming damage already done.

In conjunction the other renewable energy sources, it can do the job now without more/ essential technology research needed, and will be cleaner and cheaper.

If not injected into the gas grid, it can be compressed into gas cylinders to make it storable and transportable. 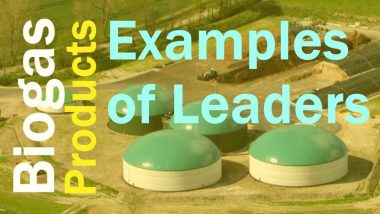 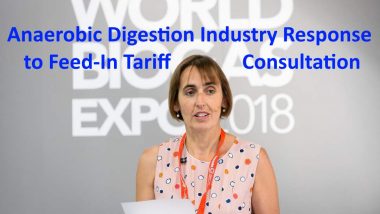