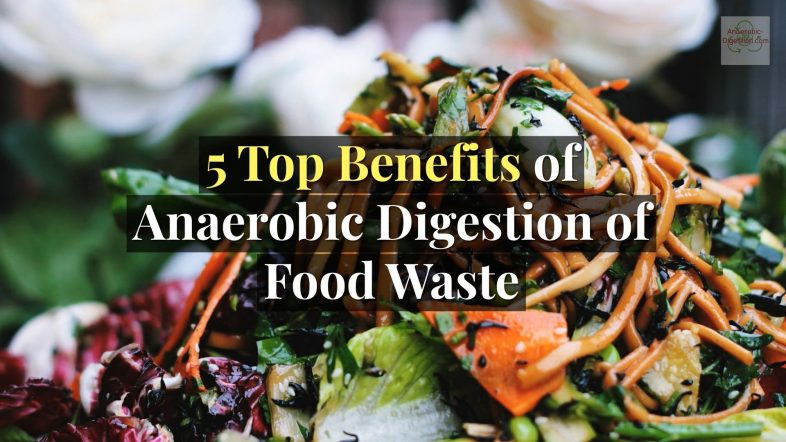 Food waste anaerobic digestion is often said to be an established “good thing”. This is supported by government policy, but almost no-one seemed to be explaining why!

The food waste anaerobic digestion has many benefits, including:

Most municipalities are investing in ways to divert materials from landfills.

This is usually due to recycling and sustainability targets. There may also be a reduced availability of landfill space, and a need to eek-out existing landfill capacity to last as long as possible.

Food waste in landfills generates methane, a potent greenhouse gas. Diverting food waste from landfills to anaerobic digestion/ biogas facilities allows for the most efficient capture of the methane. This is important because methane lost into the atmosphere is said to be a significant greenhouse gas acting as a contributory cause of climate change.

3 – Production of Much Needed Clean and Renewable Transport Fuel 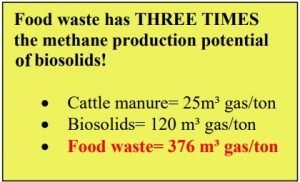 Food waste is high calorie waste. It makes more biogas per unit weight than almost any other biomass feedstock. There is a growing demand for biogas (biomethane) which can be used as an energy source. In urban areas there is also an urgent need to reduce air pollution from transport vehicles. Biogas (methane) burns clean, producing very low air pollution. It is as a result, ideal for use to power transport vehicles, especially in heavy air-pollution cities.

It will still take many years before batteries are capable of holding a charge large enough to power a bus to service a bus route for 10 to 12 operational hours a day. The technology to run buses on renewable compressed natural gas (RNG) is available right now.

Running Anaerobic Digestion Facilities can produce good profits, under the right regulatory regimes. These include reduced energy costs due to production of on-site power, and tipping fees for accepting the food waste. Many nations have introduced a landfill tax. Under free-market conditions it should be possible, where there is a landfill tax, to attract food waste at a profitable gate fee, just below the gate fee cost of land-filling. It my still be possible to make profits in jurisdictions where there is no landfill tax, but the business model needed to achieve that will need to be ingenious one. 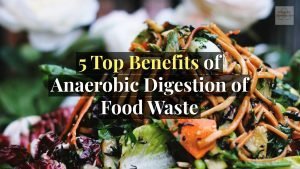 Anaerobic digestion results in the output of a liquid and fibrous fertiliser (digestate), which when this is used on the land can be instrumental in restoring the micro-structure of the soil, and recycling vital nutrients such as phosphorus. The use of chemical fertilisers on farmland tends to degrade soil quality. In many countries soil quality has become dangerously low. many predict that soil quality over vast areas will soon cease to support crop productivity within the foreseeable future, unless soil improvement can be achieved.

Having made our 5 points of benefits we decided to look around the internet for additional information, and what we found follows:

Treating waste through our anaerobic digestion process is significantly cheaper than sending it to a landfill site or a composting plant. We have developed our systems so we can process waste for around a third of the cost of sending it to landfill, ensuring that your disposal costs are greatly reduced. Nearly all food waste streams that are sent to landfill can be processed through the AD process but if you’re unsure if your waste is suitable then please get in touch.

Local authorities who separate their waste collections can help to meet their goverment targets and reduce collection costs through diverting organic waste to our AD process. Furthermore, treating municipal waste through AD demonstrates a positive approach to municipal waste management, particularly as the process is becoming more familiar with the public. via Andigestion

One advantage of disposing of your food waste via Anaerobic Digestion is how cost-effective it is. Food waste weighs considerably more than other comparative waste streams such as general waste or mixed recyclables. This means that by recycling your food waste and sending less to landfill you could significantly cut the amount of landfill tax you have to pay. Furthermore, this could lead to a substantial reduction in the size and frequency of your general waste collection needs.

The environmental implications of Anaerobic Digestion are manifold. Unfortunately, at the moment the majority of food is sent to landfill, where as it biodegrades it releases harmful greenhouse gases, such as carbon dioxide and methane, which contribute to climate change. Due to this pollution it is widely expected that Government will ban food waste from landfill in the near future. By recycling your food waste you can reduce the amount of food sent to landfill and reduce your carbon footprint.

Anaerobic Digestion considerably reduces these emissions, and instead produces valuable renewable energy and nutrient rich fertiliser which is fully compliant with PAS 110. via Grundon

The Friends of the Earth pointed out some years ago that a significant percentage, of electricity generation in the UK (and in most other developed countries), could be generated by food waste Anaerobic Digestion.

There is a big opportunity in the US, which is gradually being utilised. That's to co-digest food waste in existing AD plants, where sewage treatment plants have already been fitted with anaerobic digestion facilities to treat the sewage sludge. The win-win available here, it to get them to take in food waste, and then build many more.

About 15 wastewater treatment facilities in the U.S. are engaged in this practice — a small number, but that’s up from one or two about a decade ago, according to the American Biogas Council. Following the lead of Europe — which is increasingly either composting its food waste, incinerating it, or processing it in biodigesters — more U.S. cities are trying new ways to harvest energy from food that otherwise would have rotted in landfills and emitted methane, a powerful greenhouse gas.

“Whether the food waste is diverted to traditional composting sites or goes to an anaerobic digester, I think that’s a good use of that resource,” said Mark Hutchinson, an agricultural extension professor at the University of Maine. “We no longer consider it to be a waste product — it’s something we’re trying to manage as a resource.”

According to the American Biogas Council, about 860 sewage treatment plants in the U.S. produce biogas using anaerobic digestion, in which bacteria break down the organic matter in an oxygen-free environment and produce biogas composed primarily of methane. That gas is generally burned on site to help power the facilities. (Another 381 plants have anaerobic digesters but are flaring the gas.)

Some facilities — including the Carson City plant and treatment plants in West Lafayette, Indiana and Des Moines, Iowa — have started taking in food waste to “co-digest” with sewage in tanks or large digester “eggs.” In addition to biogas, anaerobic digesters produce decomposed organic matter than can be used as fertilizer. via FrontLinesRecycling

The Role of Co-Digestion in Food waste Anaerobic Digestion

In addition to diverting food waste and FOG from landfills and the public sewer lines, these high-energy materials have at least three times the methane production potential (e.g. biogas) of biosolids and manure.

A primary benefit of co-digestion is that it uses existing infrastructure and expertise to divert food waste and FOG for the purpose of biogas production. In California alone there are almost 140 wastewater treatment facilities that utilise anaerobic digesters, with an estimated excess capacity of 15-30%. Other benefits include greenhouse gas emission reductions, economic benefits and diversion opportunities. via Region9Organic

Dry AD – What Happens Inside a Dry Anaerobic Digestion Plant 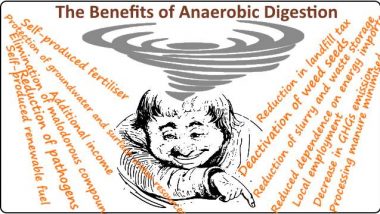