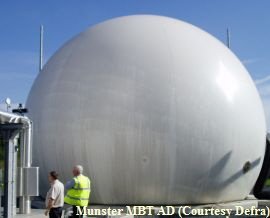 The Feed-In Tariffs (FiTs) – An Introduction

April 2010 saw the introduction of a system of feed in tariffs (FITs) in England, Scotland and Wales to encourage the small-scale development of low carbon electricity generation facilities by providing revenue.

A “clean energy cashback” is what the UK Government described it as in 2010, and it applied to generators of electricity of up to 5MW capacity. The FITs scheme set out in the Feed-in Tariffs (Specified Maximum Capacity and Functions) Order 2010, operated alongside the Renewables Obligation, under which large scale renewable energy facilities including Anaerobic Digestion Plants had for a number of years been incentivised for the deployment of large-scale renewable electricity generation.

Before You Read Anything Else Read The Following Update!

Update 2021: The Feed-in tariff (FIT) closed to new applicants in 2019 but was replaced by the Smart Export Guarantee (SEG) shortly after.

The Smart Export Guarantee (SEG) pays homeowners and businesses for the renewable electricity they generate but don’t use. It came into force in January 2020 and replaced the previous Feed-in Tariff (FIT) scheme.

The Smart Export Guarantee (SEG) compensates homeowners and businesses for renewable energy generated but not used. It went into effect in January 2020, succeeding the previous Feed-in Tariff (FIT) scheme.

The Smart Export Guarantee is a UK government-backed clean energy initiative that rewards households and businesses in the United Kingdom for generating their own renewable electricity. Customers who generate excess energy can send it to the national grid in exchange for a small payment under the scheme. This programme is an updated version of the Feed-in Tariff programme.

For a further explanation and SEG payment rates click here.

Update: January 2019 –
This article was written in August 2011. There have been several updates to the FiTs since that date which have reduced the payments to new AD Plants. Use this article as an introduction to FiTs only. The UK government has announced that all new FiT applications will cease on 29 March 2019. Existing commitments to continue paying FiT to existing AD plants within the scheme, will be honoured.

The original article as posted in 2010 follows:

The concept embodied within the FiTs is that the UK shall now have a comprehensive mechanism, to provide a predictable level of return on renewable power installations. This they hope will maintain and increase interest from investors in the potentially now, relatively secure profitability, of generating electricity on a small scale and by non-traditional methods.

Fresh stakeholders should now appear on the scene and deploy and incentivise smaller-scale technologies. This, the government clearly hopes, will produce innovation, create jobs, increase manufacturing and provide installation opportunities, through which the public will become more aware of renewables and their ability to provide electricity for the nation’s use.

The Climate Change Act 2008 sets out targets for the UK for the reduction in greenhouse gases (GHG) by 2020 and 2050. The European Union has also committed to generating 20 percent of energy from renewable sources by 2020 and to reduce GHG by 20 percent in the same period. In order to meet those targets, among other actions, a significant proportion of electricity needs to be produced without fossil fuels (known as being “de-carbonised”) and treated differently.

This all adds up to a mini-revolution in the way that power is generated and distributed around the nation, and it will be duplicated in very many other countries as well.

With unrest in the Arab world this year, in particular, it cannot also have escaped many people that the supply of electricity is rapidly becoming a big security issue.

So, behind the scenes, the UK Government clearly has identified that the Renewables Obligation (RO) which was not designed with small-scale projects in mind, was failing to bring forward small scale renewables technologies. Most of the public and that goes for investors as well have little understanding of how the RO works. Those that did consider that the balance of potential profit was negatively balanced against risk for small-scale projects and that they were not “sufficient to justify the investment”.

Hence, the FITs scheme was born. It is one of the schemes enabled by the Energy Act 2008 and is a part of the UK’s overall Renewable Energy Strategy.

There is also something else which is known as the Renewable Heat Incentive (RHI) which is a separate scheme in the wings relating to renewable heat generation. The RHI has been out to consultation which ended on 26 April 2010, but action is awaited at the time of writing.

What are the UK Feed-in Tariffs Scheme Components?

The FITs scheme comprises of two financial instruments through which payments will be made to generators and paid for by the UK’s licensed electricity suppliers. The largest suppliers, those with more than 50,000 domestic customers, are obliged to offer FITs, whereas participation by smaller suppliers is optional.

Elements of the Feed-In Tariff

For exported electricity, the generator may opt to receive a guaranteed payment of 3p/kWh exported or may sell their electricity on the open market. Off-grid generators, not connected to the national electricity supply system are also eligible for FITs. The cost of the payments will be shared between electricity suppliers by “levisation” whereby each supplier pays an amount proportional to their share in the electricity market in Great Britain.

Which Technologies Does the Feed-In Tariff Apply To?

The UK Government has limited the scheme to technologies that it considers which are market-ready and can therefore be realistically deployed in the short-term without excessive risk.

Within that category the following technologies have been included in the scheme:

New Projects, up to the 5MW limit, in:

[box type=”alert”]There have been updates to the FiTs since this was written.[/box]

Further reviews, timed to coincide with a planned RO review, will consider the inclusion of technologies not currently supported through FITs. Technologies costs, electricity price forecasts and the target level of return will all have a bearing on how these subsidies will be carried through into the future. 2013 has been seen as the likely date of implementation of any changes following the review.

The value of the generation tariffs applicable for each technology is viewable online. (See them at the DECC website here. )

This process is known as “degression”. Following degression consultation underway, it will not start until April 2012.

The government expects quite rapid technology improvement resulting in a lower cost in respect of photovoltaic technology, and to encourage further cost efficiencies the degression rate will be increased by a further 0.5 percent from 2015. Once an installation has been allocated a generation tariff it remains fixed (subject to RPI) for the life of the installation or the life of the tariff, whichever is shorter.

FITs income for domestic properties generating electricity mainly for their own use will not be taxable income for the purposes of income tax. In the expense of providing export meters for small scale generators has been factored into the scheme and therefore the intended roll-out of smart meters, for the first year of operation of the scheme gets help.

As an interim measure only, where export meters do not exist or have not been provided at the generator's expense, payments of export tariffs to generators of 30kW or less of total installed capacity will be made on the basis of deemed or estimated exports.

The manner in which the FIT is implemented for installations completed prior to FITs is not covered here. Visit the government website for further guidance.

The long-term certainty for payments should make the deployment of such technology more attractive to communities and individuals, but the Waste Industry has in particular been disappointed as they consider the level of tariffs for larger-scale systems to be inadequate to prompt wide uptake by the business.

Given current depressed bank lending, the overriding issue for many will be finding the cost of paying up-front for installing such technology. Local authorities will be expected to play their part and will be encouraged to develop a roll-out to social housing and there are ways that public procurement could be made to assist.

Those that have been involved in the discussions suggest that further developments in this scheme, and many other areas, including financing for renewables, can be expected to be brought forward by the UK government over the next few years.

Industry experts expect that Anaerobic Digestion Plant operators who produce between 50KW and 5MW of power will be eligible for the simpler feed-in tariffs.

These new contract arrangements will encourage uptake of the technology as they should be much simpler to use for smaller producers and it is hoped that they will be an important “boost to the sector”.

ROCs or Renewable Obligation Certificates, are part of the Renewables Obligation, which in turn is an important part of the UK government's plan (in common with the rest of the EU nations) to achieve a 20% reduction in carbon emissions from 1990, by the year 2020.

The Renewables Obligation (RO) is the larger twin of the Feed-in Tariff and is designed to incentivise the generation of electricity from eligible renewable sources in the United Kingdom. It was introduced in England and Wales and in a different form (as the Renewables Obligation (Scotland)) in Scotland in April 2002 and in Northern Ireland in April 2005.

The RO places an obligation on licensed electricity suppliers in the United Kingdom to source an increasing proportion of electricity from renewable sources. In 2006/07 it was 6.7% (2.6% in Northern Ireland).

When electricity suppliers do not have sufficient ROCs to cover their obligation, they must make a payment into a buy-out fund. The buy-out price is a fixed price per MWh shortfall and is adjusted in line with the Retail Price Index each year.

The cost of ROCs is effectively paid by all electricity consumers since electricity suppliers pass this cost on as a small increase in the tariff for the electricity they sell.