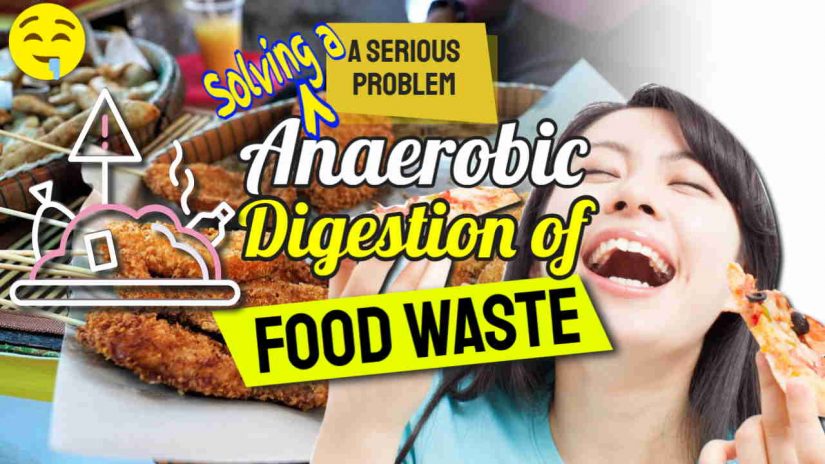 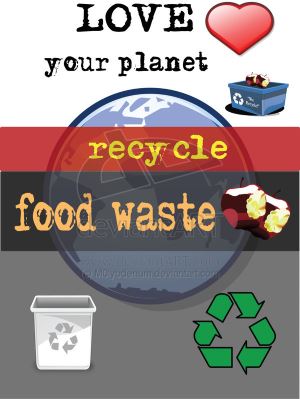 The anaerobic digestion of food waste is an important application for AD technology.

It is predicted by many waste management experts that many EU nations will soon place legal requirements on local authorities to make them collect, it and dispose of it via biogas plants, to create energy.

Indeed, in some countries, (for example Wales) waste collection authorities are already required to do this. In the US it is being introduced and in England, separate food waste collection will be required from households throughout all areas by 2023.

Why Minimising, Re-Using and Recycling Food Waste is So Important

Food waste disposal and treatment has become a big issue in most industrialised countries. Producing food is a huge burden on the planet. To waste about 1/3rd of it, as most developed nations do at present, adds a huge additional burden on the environment for no benefit at all.

Relative to other food waste recycling methods using the AD process, for this purpose is relatively new, but many communities are now sending their food waste to anaerobic digestion.

Next! Watch our video below all about the benefits of food waste collection and recycling through anaerobic digestion:

The anaerobic digestion of food waste was once expensive, with one UK local authority stating that their (2013/14) cost per tonne for their collected domestic food waste was a massive £267/tonne (including all collection and transport costs to the AD plant).

However, now (in 2017) the gate fee has dropped as many new Food Waste AD Plants have been commissioned in the UK. This has resulted in the development of a competitive market among the anaerobic digestion plants offering the recycling of food waste.

Nowadays, the choice of whether or not to collect food waste and treat it in AD plants, is much easier as there may be savings to be achieved for local authorities, and for businesses by opting for food waste anaerobic digestion. In many areas, where a food waste biogas plant is available, the cost of disposal may now be below the cost of landfilling, and of the Landfill Tax.

As the other “easier to achieve” waste reductions have been gradually picked-off, more and more attention is having to be paid to the anaerobic digestion of these household food waste streams. This is to comply with European Regulations on waste diversion from landfill and increasingly more onerous recycling targets.

The quantity of food waste is large! The image below explains that point very effectively: 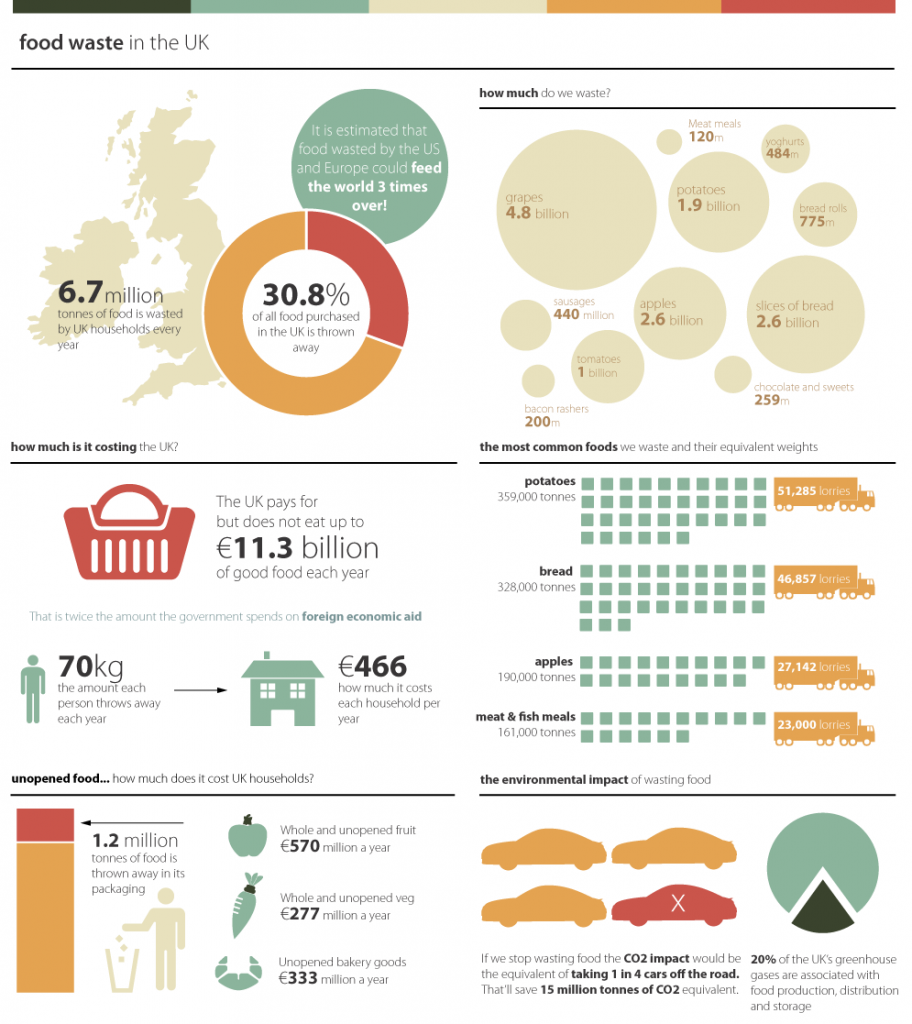 © Copyright GDS Infographics licensed for reuse under CC BY 2.0 https://www.flickr.com/photos/gdsdigital/4138675384/

But to look at it from the point of view of a biogas plant operator, Food waste is an excellent feedstock for the new generation of anaerobic digestors. Food waste is readily digested within them. Anaerobic Digestion technology-based Waste Treatment Plants which accept a high proportion of food waste will also be, in principle, more economic to run than the equivalent non-food waste-fed plants such as biomass, food crop, and manure-fed plants, due to the high methane gas-producing potential and thus the revenue potential of these plants.

Why has the Food Waste Quantity Grown?

Food waste volumes increased greatly in industry after foot and mouth, and other incidents related to the spread of disease vectors raised public and regulatory awareness to the need for stringent measures to prevent the use of food materials in a way which could jeopardize health.

As a result, new regulations were brought in, such as the Animal By-Products Regulations to prevent of recurrence of these problems, and these measures eliminated many traditional methods for the re-use of many waste foods

At the same time rising affluence, the tendency for people to live alone and cook less, and the increase in the number of working mothers, with less time to cook at home, have led to an increase in the amount of pre-processed food bought and wasted.

As a result of this, coupled with a greater casualness to the waste of food, the amount of food waste in our waste has risen faster than overall waste tonnages.

Help combat the rising tide of food waste by promoting the anaerobic digestion of food waste, and download the eBook we wrote on the subject (see left-hand side). it's free and only takes a few seconds to download to your computer or device. Once downloaded you can view this document at your leisure.

Are You Personally a Part of the Food Waste Problem?

Householders should only shop for what they need – they need to take responsibility for what they buy and what they waste. But, in fact, the records show that they are not – and all this has contributed to food waste now being a major component, at 15% to 20%, of our municipal solid waste (MSW) by weight.

The first course of action should of course be minimisation – reducing the amount of food becoming waste in the first place. Even in areas where householders willingly participate in source segregation in the form of paper and packaging recycling schemes, separate collections for food waste are considerably less popular and less well supported than others.

Food has always represented a much bigger percentage of the total weight of waste thrown out by households compared to packaging but has proved more difficult to get the public to segregate. As a result despite the many advantages of the source separation of food waste, food waste collection has been a long way down the priority list for most local authorities.

In fact, separate food waste collection is often seen as a problematic area for waste managers and councillors, and few want to promote it, as they see that residents are quick to rebel against it, due to the perceived barriers to its hygienic and odour-free collection. 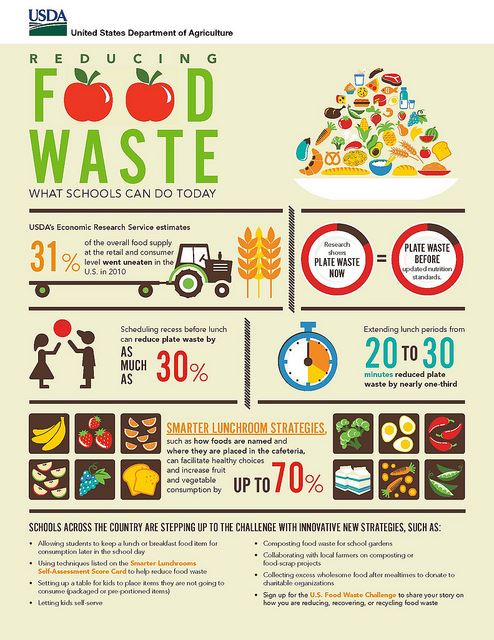 No wonder that the trend within most LA’s Waste Manager’s Depts. was to start by collecting green and/or garden waste for the tonnage it can generate, while food waste remained largely ignored until the start of this decade.

When it comes to food waste, until the end of the noughties (2010) a great deal of attention was placed on developing the uptake of relatively cheap home composting units.

But, even in areas that provided the type of bin that can handle meat, fish and bones, UK uptake by people willing to become home composters, was poor.

Nowadays, it is generally realised that home composting does not, and will not in the future, make a large impact on the amount of food waste thrown out. Food waste will still mostly go into the mixed waste (black bag). Sp, the emphasis is now all on the collection of all food waste and its digestion.

A Business Opportunity for You?

If you ever thought of running your own biogas plant in a local authority area which is about to start collecting food waste, what are you waiting for?

Get thinking about setting up your own biogas plant and tendering for the contract to treat the collected local food waste. A large part of the future of Anaerobic Digestion lies in food waste processing.

There is a growing a big demand for all sizes of biogas plants, for the anaerobic digestion of food waste.