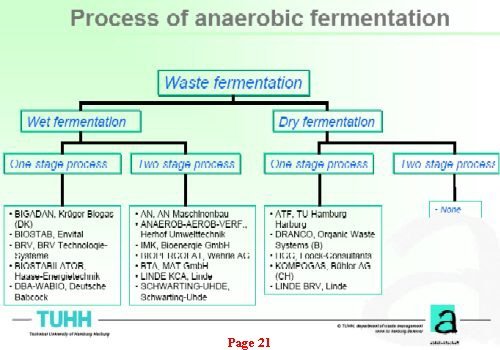 Anaerobic Digestion of Municipal Solid Waste (MSW) refers to either:

Before the organic fraction of the waste can begin, the mixed waste requires the separation of the organic material (organic or biological fraction) from everything else.

Anaerobic Digestion of Municipal Solid Waste is carried-out in so-called “MBT” plants on the organic fraction of the residual waste (i.e.”black bags”) collected from households, and businesses on behalf of Municipal Solid Waste Management bodies (I.e. local authorities and businesses). In the developed nations a significant amount of food waste is present.
“MBT” plants, or “Mechanical Biological Treatment Plants” in full, are where the organic matter is separated from the other garbage.
Once that has been done the MBT plant is usually provided with its own biogas plant (Anaerobic Digestion (AD) Plant). Here we introduce the MBT Plant concept, and how MBT Plants improve recycling. Plus, help avoid greenhouse gas emissions by diverting organic waste away from landfill as required by the EU landfill Directive.
For many people, they have have a pretty fair understanding of what an incinerator is, and they visit their local Household Waste Recycling Centre (HWRC) quite regularly to dispose of their own waste items, so are reasonably knowledgeable about what happens there. But, would ask…

What is a Mechanical Biological Treatment Plant (MBT)?

It's a combination of a recycling plant, which in most instances, also carries out the anaerobic digestion of municipal solid waste (MWS). However, some Mechanical Biological Treatment Plants  (MBT Plants) simply compost the organic fraction so that the material can be considered to have been “processed”. This is done to make it a lower environment risk once it is inside the landfill.
When MBT plants are built with only aerobic composting this is a huge missed opportunity, because AD plants are capable of generating renewable energy (biogas). This renewable energy, when used instead of fossil fuels is highly beneficial to the planet. It reduces fossil fuels which when burnt emit carbon dioxide which in-turn is blamed as being a source of climate change, due to its greenhouse gas properties.
[box type=”alert”]Watch our video at the bottom of this page. We talk you through a flow chart – don’t expect a lot of pretty pictures![/box]

The Difference Between STWs MRFs and MBTS

Most people are able to grasp the concept of Waste Transfer Stations (WTS). The name says it all, as a WTS is simply where the small loads from the refuse trucks are made up into large “bulk” loads for cost effective transport to the landfill.

Using a WTS avoids having to transport the waste out to landfills over increasingly large distances.

It is worth pointing out that while an RCV is transporting waste, the waste collection operatives (bin) either sit in the cab and enjoy the ride, or need to wait for the RCV to return before resuming their bin collection round.

In the UK and Europe most WTSs have been extended to include sorting facilities for recycling, and are now called MRFs (Material Recycling Facilities).

But, there is little public knowledge of MBT.

The Difference Between a WTS a MRF and an MBT Plant

An MBT Plant is a WTS with not only added sorting equipment recycling for recycling, but also a biological treatment stage such as composting or anaerobic digestion.

The MBT is one of the waste management technologies which are being increasingly used by the local authority waste disposal contractors. By transferring the relatively small loads of waste in each Refuse Collection Vehicle (RCV) into much larger trucks, money can be saved.

MBT facilities are an extension of the task of a WTS. That means that there could be quite a lot of MBT facilities built, within the next 10 to 15 years.

“Many Mechanical Biological Treatment Plants are being wee built in the UK during the period 2000 – 2010”.

Also, here are quite a number in the EU states already, and the Germans and the Austrians are the leaders in introducing them.

In Germany there are about 50 MBT plants, which were built and operating (January 2008), and clearly the local people have no concerns about them, or at least, very few, objections. 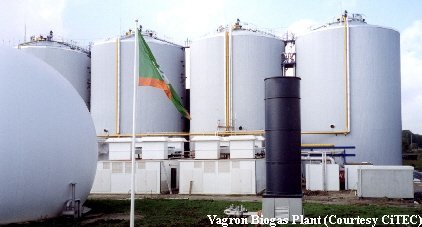 MBT Plants are designed for maximum recycling, and usually include a composting and/or an Anaerobic Digestion stage.

They also are intended to make the quality of the much reduced quantity of waste, which is the remaining fraction of municipal solid waste (MSW) which cannot be re-used or recycled much less damaging when the residual quantity eventually arrives at the landfill.

An alternative to an MBT Plant is an incinerator.

MBT plants are much more popular with the general public than incinerators.

Green pressure groups argue that incinerators, once built, reduce the incentive for the staff to recycle. The more they burn in an incinerator the more electric power they can generate and the bigger the income to pay for the Incinerator.

In contrast to that, there is no question that a MRF or an MBT plant operator would not absolutely maximise re-use and recycling of the incoming materials. After all, the income for such plants comes from the sale of the recycled materials.

Does the Presence of an Incinerator Tend to Reduce Local Recycling?

The author of this article is not convinced that such an argument against incinerators, is a real one.

However, the public and environmental pressure groups don’t always see it that way.

In fairness to those people that run incinerators, though. Once built, they do need to pay-back their initial investment cost. Recycling rate targets are continuously being raised.

How Does a Biogas Plant Work?

Watch our video below to find out!