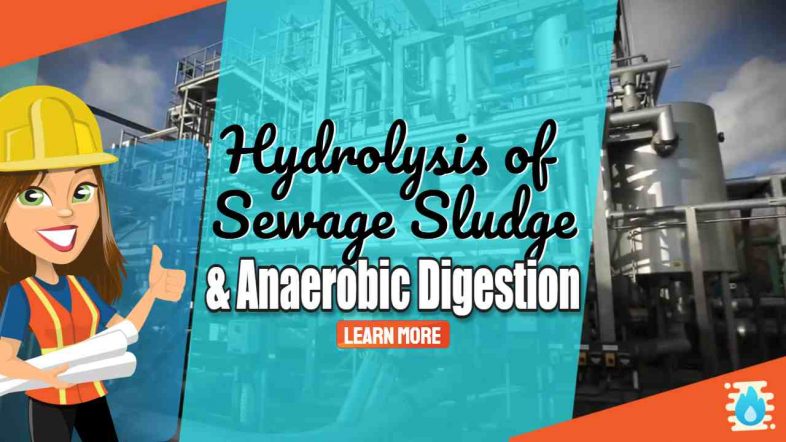 The hydrolysis of sewage sludge and the subsequent anaerobic digestion of the hydrolysed sludge output is becoming increasingly common at many sewage works. We think we are justified to call it a winning combination, and we even back up this assertion by providing information on a new contract win for the technology by Veolia, in Genoa, Italy.

In recent years, as Net-Zero 2050 targets for decarbonization begin to bite, the hydrolysis of sewage sludge and subsequent anaerobic digestion is being seen as a winning combination. It's winning for its renewable energy production and carbon emissions reductions it makes possible.

Sewage sludge was once discharged to the sea from our large cities, but those days are long since gone. Ever since the huge sludge volume produced by you me and everyone has been treated and disposed of by a variety of methods. 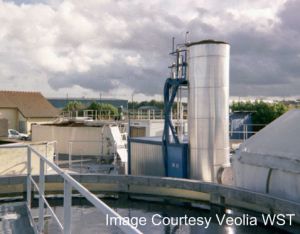 All are expensive, and the lowest cost option of direct discharge to land has practically ceased. The reason for that being that it brings with it health and soil metals build-up problems, such that its use on agricultural land has to be limited.

Safe and cost-effective energy extraction and disposal of sewage sludge are, without doubt, some of the most pressing challenges now facing the wastewater industry. The high cost of energy means that some disposal routes such as incineration are less viable, and others have ceased to be useful due to concerns about their sustainability.

However, as one technology fades one other shines. The process that is emerging strongly is thermal hydrolysis, and when combined with anaerobic digestion we have a winning better combination.

This has been appreciated for a long while by companies such as CAMBI, Monsal (Now part of GE), and Veolia Water Solutions & Technologies who each offer their own systems.

Lee Mountford, (Veolia WS&T, Product Manager) has reported that almost two decades ago, Veolia Water Solutions & Technologies started work on developing a thermal hydrolysis process that could be used to pretreat thickened or dewatered sludges before biological treatment. The system is called Bio Thelys and it can be used in combination with aerobic processes.

But, put it in a process before anaerobic digestion and it has the biggest potential.

The Aim of the Hydrolysis Process to Assist Sewage Sludge Treatment

The objective of the hydrolysis process is to hydrolyse organic solids, solubilise them, and by so doing make them more readily biodegradable. This reduces the hydraulic retention time in the downstream anaerobic digester, which is, therefore, smaller and lower in capital cost.

Hydrolysis breaks up long-chain cellular material into simpler chemicals, floc particles and organic macromolecules, with the added benefit that the pretreated sludge is less viscous and easier to pump.

In addition, the greater biodegradability of hydrolysed sludge improves the removal of volatile suspended solids, which increases the biogas yield and reduces the quantity of sludge for final disposal.

Thermal hydrolysis is carried out at temperatures in the range of 140-170°C, so the first step of treatment is to dewater the raw sludge to about 30%. This is done using a centrifuge, or belt filter, in order to minimise the energy required for heating.

The Bio Thelys system consists of two or more batch hydrolysis reactors working in parallel, out of phase with each other. Each reactor, in turn, goes through a multi-step cycle, taking between 120 to 165 minutes, depending on the configuration.

First, the reactor is filled with raw sludge and this is preheated with recycled flash steam from the other reactor. Heating to hydrolysis temperature is completed by injecting live steam into the sludge from a steam generator fired with biogas.

Once the required temperature for hydrolysis has been reached it is maintained for a preset time before the steam is released as flash steam. This is recovered for preheating another reactor. Finally, the reactor is emptied using the residual pressure inside it to aid discharge to a buffer tank.

Here the hydrolysed sludge is stored and cools prior to being transferred to the anaerobic digester.

Hydrolysis of Sewage Sludge is Followed by Anaerobic Digestion

After the anaerobic digestion stage, the remaining “digestate” flows out of the reactor as a liquid and solid slurry. Final dewatering of the slurry results in a fibrous material and a liquid.  The fibre is usually composted, while in storage, in covered cells for up to 9 months. After this, the sludge is completely safe and provides excellent compost when spread on agricultural land.

There are no mechanical rotating parts in the thermal hydrolysis reactors – mixing of raw sludge is achieved by steam injection through the treatment cycle. Hydrolysis is at a temperature of 160°C, held for at least 30 minutes.

Methane Use as Fuel in a Steam Generator

The biogas produced in the digester is stored in a double-membrane gas holder for use as fuel in the steam generator.

Excess biogas is fed to the combined heat and power (CHP) plant(s), which generate power for the works and also preheat the softened-water feed to the steam generator.

An emergency gas flare is provided for periods when the biogas consumption is less than production.

The Biothelys process, together with mesophilic anaerobic digestion, has been reported to be achieving about 45% to 50% removal of VSS (volatile suspended solids). This is compared with a 30% to 35% removal rate typically achieved by a single-stage mesophilic digester (CSTR) treating extended-aeration sludge.

The biogas production is reported to be increased in the same proportion. The Veolia Water Solutions & Technologies, Saumur Plant produces a biogas quality that is also of higher calorific value than would be expected from AD alone. At about 75% methane and only about 24% carbon dioxide the additional methane above the more normal 50% to 65% of methane content, is worthwhile.

The Promise of Sufficiency in Energy

The thermal hydrolysis process can be self-sufficient in energy, using some of the biogas produced by the anaerobic digestion.

The remaining biogas is used to fuel a CHP plant. In the case of larger installations, further improvements to efficiency can be made by using all the biogas in CHP plants with steam generation in a waste-heat boiler.

The AD reactor size can reportedly also be reduced when there is a good hydrolysis stage up-front. Without the thermal hydrolysis step, the digester volume has been suggested by some to need to be almost about three times that of actually installed plant sizes.

This means retrofitting thermal hydrolysis as a pretreatment for existing digesters could increase their capacity by up to three times.

The reduction in digester cost resulting from systems like Bio Thelys – combining thermal hydrolysis with anaerobic digestion – is reported to make them economically viable.

Thermal hydrolysis has been shown to be efficient in treating a variety of sludge types, including primary, synthetic, and blends of primary and biological activated sludges.

Veolia says it provides benefits in terms of volatile solids removal, better sludge dewaterability and a reduction in the quantity of sludge for disposal.

The firm says it also optimises energy recovery in the form of biogas from sludge digestion while producing a high-quality sludge that is free of pathogens, stabilised, odourless and with good fertilising characteristics – making disposal to agriculture a practicable option.

Veolia Water Technologies Italy has been awarded a contract to engineer, supply, start-up and commission the sludge line for the Genoa Area Centrale wastewater treatment plant (WWTP)​​. The new facility will have the capacity to treat the wastewater from 250,000 population equivalent (PE) while the sludge line capacity will reach 500,000 PE.

The new plant will replace the existing Cornigliano WWTP as well as the Volpara sludge plant, which had reached maximum capacity without the possibility to expand. With a total treatment capacity of 45,000 kg of total suspended solids per day, the sludge line at the new Genoa Area Centrale WWTP will also treat sludge from the Sestri Ponente, Punta Vagno and Darsena treatment plants. 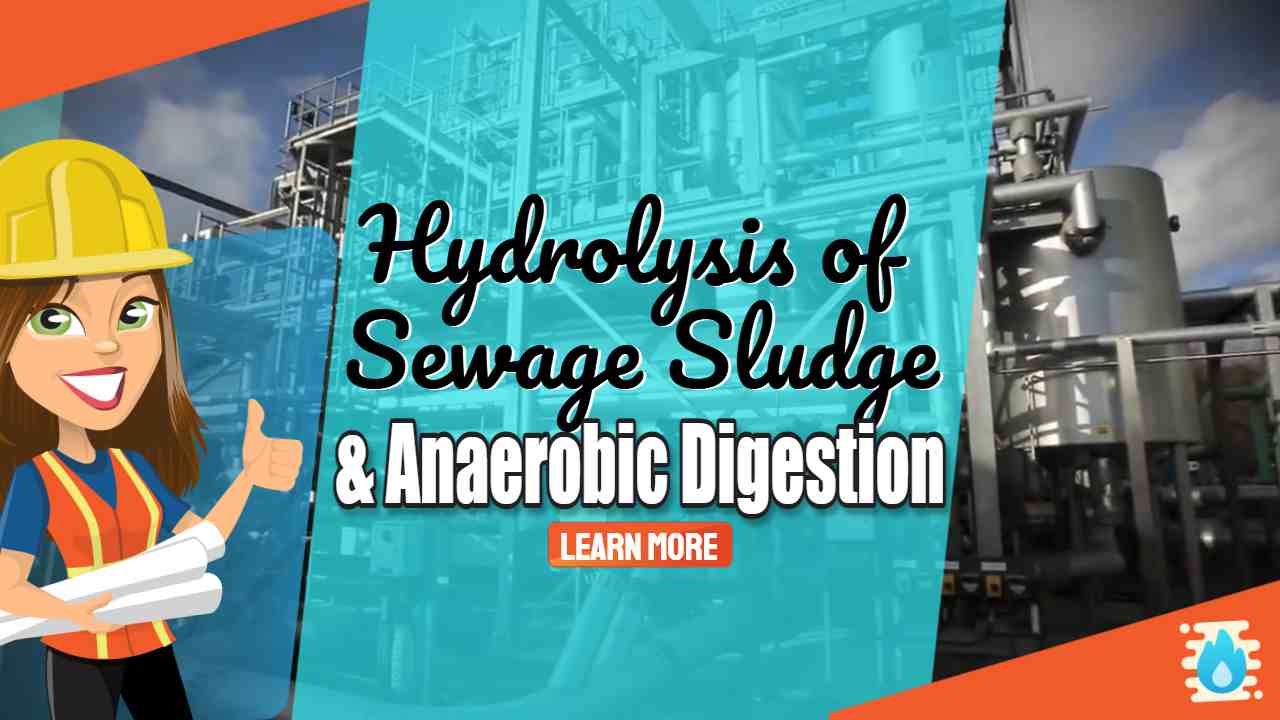 Sludge from the primary treatment is digested together with biological sludge from the membrane bioreactor of the new WWTP. It is then mixed with sludge from the other plants and hydrolysed through Veolia’s proprietary Bio Thelys™ process prior to final digestion. This process increases the performance of the digestion stages and significantly improves the production of valuable biogas, which will be reused for cogeneration and to produce the steam needed for the thermal hydrolysis process.

The Volume of Sludge is Reduced

This design reduces the volume of sludge that is sent to final disposal, translating to significant savings in operation costs, while sanitizing it and rendering it safe for reuse in agricultural applications.

The start-up of this new facility is scheduled for the first half of 2023. Veolia's contract scope also includes a 12-month supervision service contract. 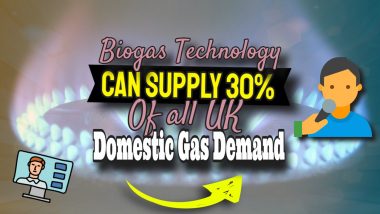 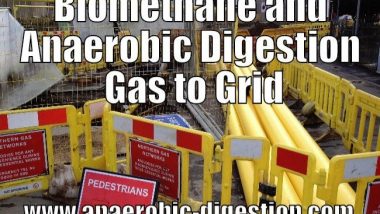 What is Biomethane and Anaerobic Digestion Gas to Grid Definition