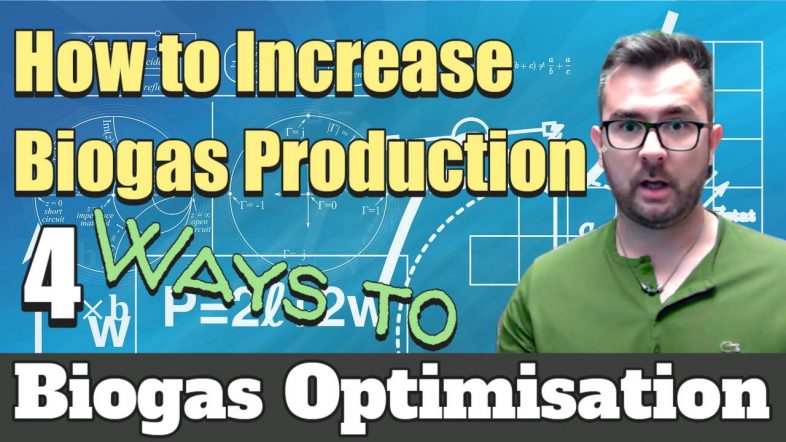 It's clear that that everyone involved in AD would like to know “How to Increase Biogas Production“. So, we thought we would join-in with our 4 ways which we have been thinking of recently, for standard commercial single stage CSTR AD plants.

If the AD (anaerobic digestion) industry reliably increases biogas production above current established norms, using existing plant and the same feedstock and feed quantity, profitability will rise. Improved profitability of biogas production will mean that the need for government subsidies falls away. The AD industry can get on with the job of raising biogas output capacity, and all the benefits from anaerobic digestion of waste for climate abatement, local employment, and sustainable waste management, can follow.

Back to AD Basics First!

Anaerobic digestion processes convert the organic fraction of municipal wastes such as manures and other agricultural wastes, green (garden/ yard) waste, food waste, and a multitude of other biomass materials/  other organic waste into biogas (methane)*.

But, without biogas optimisation to raise biogas yields, costs can be high and the economic viability then can be marginal.

In the past we have seen the proportion of the energy produced by the digester, available for export after supplying all the sacrificial loadings which keep the plant running, to be really quite low.  The proportion of the energy in excess of plant operating load which is available to be sold to provide an income, has been quoted to be as low as 20% of the biogas output. That's for traditional AD plant designs.

Low as that may seem, it is also an opportunity for massive improvement, through biogas optimisation.

Think of it this way. An improvement of just 20% in the biogas yield, by optimisation of biogas production, if everything else stays equal, would raise the proportion of biogas available for export and sale to twice what it was previously.

If the output is used to generate electricity, and steam for some form of CHP use, the output . (CHP energy can be either used within the business, heating the farmhouse and barns for example. Or, the CHP heat, can be used via delivery of the otherwise wasted spare heat to an external user).

So, in applying the anaerobic digestion process there lie many advantages. But, how do you maximise the biogas yield and thereby ensure profitability for an Anaerobic Digestion Plant?

1. Not Only Ensure Mixers are Installed and Operating Correctly but that Mixing is Fully Optimised

It is commonly accepted that mixers (or other methods of mixing such as biogas sparging) play a vital role in keeping biogas yield at an optimum level.

Mixers and agitators homogenise the digester substrate thereby conveying fresh nutrients to the biogas-bacteria. These bacteria (Archaea / Methanogens) do all the “digesting” biomass decomposition, which produces the methane gas.

Effective mixing of the whole of the digester volume, by providing a constant supply of essential food to the biomass, makes the anaerobic digestion process more effective and delivers a higher methane per unit of feed, more reliably.

Mixers are an important factor when it comes to run a stable anaerobic digester process. Mixers installed wrongly or in the worst case which break-down, or become worn, will eventually lead to:

The result is a lack of movement/ agitation which slows the transport of the nutrient supply into physical contacting with the bio-organisms which want to consume it.

The end-effect is that biogas methane production drops due to insufficient movement of the digester contents.

In such circumstances the economics of the complete system will suffer of course, but if all is well and the mixing system satisfactory there is no reason for the plant operator to sit back and do no more.

When optimisation is the goal the AD plant operator should continue to question the mixing system installed.

“If you ask me how to increase biogas production, I always say look first at your mixing system.”

If a biogas plant operator has a mixing system which works well as described above, consider experimenting. Experimenting with the mode of operating the existing system for better biogas output. The output may well be raised just by changing mixer-run timings. But, if you suspect that the mixing system is under-powered or leaving dead areas un-mixed, call-in a digester mixing system specialist company. They will be well experienced, and if approached in the right manner, able to consider improvements to digester tank mixing in-depth for you.

There can be an odour reduction benefit for better mixing as well! Separation and layer-formation/stratification within the digester tank will lead to depleted nutrient areas. That will be accompanied by a change in the microbial species in the population. This can cause sever odour problems, and at times if not corrected, can result in a complete failure of the digestion process at microbial level.

Big improvements in biogas yields have been reported from pre-treating feed materials to reduce the particle size of the incoming organic feedstock. 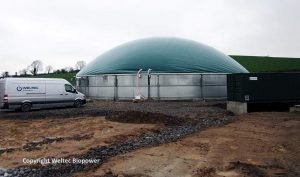 The degradation and biogas production potential of all fibrous feedstocks can be significantly increased by pre-treatment for reduction of particle size.

In one report which is available on the web, batch-wise anaerobic digestion of sisal fibre waste was carried out in 1 litre digesters. It was done with fibre sizes ranging from 2 to 100 mm, at an ambient temperature of 33 °C. The sediment from a stabilisation pond at a sisal production plant was used as starter seed.

The proportion of total fibre degradation increased from 31% to 70% for the 2 mm fibres, compared to untreated sisal fibres.

In addition, the results are said by the reporter to have confirmed that methane yield was inversely proportional to particle size.

Particle size reduction can be achieved through the following technologies:

Agricultural waste, undigested sludge and animal manure may also be processed separately or along with municipal wastes. The typical biogas yield has been quoted as being about 5,000 scf (standard cubic feet) per ton of organic waste, but that varies greatly between different plants.

In that research paper, a batch of experiments under the condition of 8% mass fraction of total solid was conducted. They were carried out in a self-manufactured anaerobic fermentation reactor, with pig dung, cattle dung, and wheat straw as fermentation materials. The substrate of the constant temperature fermentation pool was used as the inoculation substance. Which means that as far as possible the same microorganisms were present before and after co-digestion.

It is important to conduct lab scale experimentation on new co-digestion feedstocks before going ahead at full scale in the digester as, while many co-digestion combinations will work well, others won't!

We recommend contacting biogas optimisation specialist companies who supply suitable technologies for co-digestion. A number of companies offer optimisation through increased monitoring and control of the process according to data analysis in software systems. This way, highly optimised and yet stable biogas reactors are reported, with substantial gains in biogas yields.

4. Enzymes, Probiotics and Micro-elements as an Additive for Improved Biogas Yield Increases

The mixture of enzymes, probiotics and micro-elements is sometimes used as an additive for biogas yield increase. Sometimes also referred to as “catalysts”.

A word of warning here is that additives cost additional money, and need to be continually dosed. For that reason we made it the last method on our list! But, additives can be a good tool to unlocking your preferred method “How to Increase Biogas Production”.

However, the manufacturers of a number of specialist companies in this sphere claim that their additive allows them to achieve considerable yield improvements at a low cost. A cost far outweighed when the income from the additional biogas yield is considered.

In fact the main advantages of successful enzyme application has claimed to be an increase of biogas yield from 15 to 40% without any changes in plant design.

They also say that the stability of the process is better and they see an increase of methane content in the biogas.

A further advantage cited for the ZorgEnzym product is that it is claimed to be possible to get almost all of the biogas out of the main digester stage, without needing a post-digester stage.

How to Increase Biogas Production – A Conclusion

Achieving a consistently good or excellent biogas yield is essential for all biogas plants to repay the investment placed in them, and go on to provide real profits. 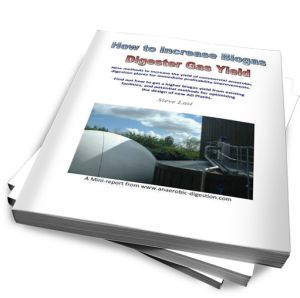 Due to the fact explained in the “Back to AD Basics” paragraph above. The actual improvement to the bottom-line for a biogas plant operator who discovers how to increase biogas production through biogas process optimisation can be large. And, it can be greater than first expected when the effect of sacrificial loading is considered.

In this article have identified just 4 generic methods for the optimisation of biogas production.

In fact, these are just a few of the numerous methods we describe in our eBook “How to Increase Biogas Digester Gas Yields”. But more importantly the eBook provides solutions rather than just suggested methods, as in the article above. 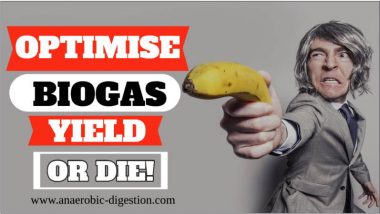 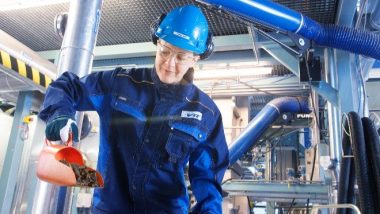