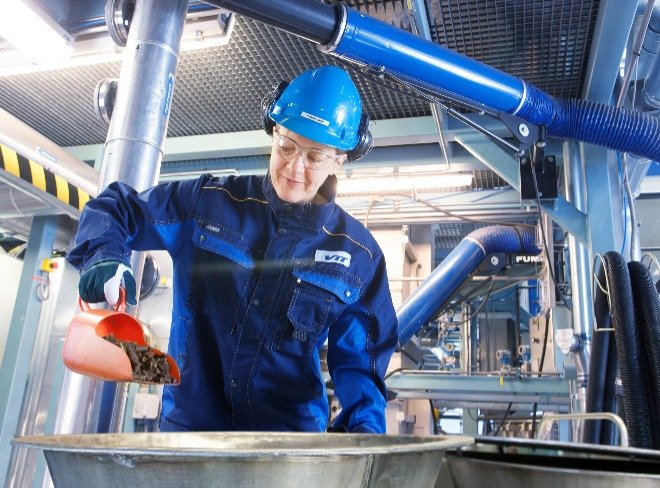 We answer the question “What is Pyrolysis” first with a definition and then consider the pros and cons of pyrolysis technology, versus anaerobic digestion and biogas production for energy from biomass.

What is Pyrolysis? A Definition of this Process – Used to Extract Energy from Waste

The non-technical answer is that pyrolysis is known to all in its initial stages, because it occurs during cooking. Frying, baking, toasting and roasting are all, in a sense “pyrolysis” although most of us don’t take pyrolysis to its final stage, which is the production of char. For example, “char” as in burning the food/ toast!

Now for the scientific definition!

Pyrolysis is the thermal decomposition of a substance in a non-reactive atmosphere at high temperatures. An external heat-source is applied maintain a temperature, which is typically in the range 300 to 850oC for Municipal Solid Waste (i.e. household and industrial waste). The output from the pyrolysis process is a solid reside and a “synthetic” gas, which is known as Syngas.

Many people refer to the solid residue as char. The char from the pyrolysis of MSW is a combination of non-combustible materials from the MSW and carbon.

Watch our video to answer the question! We thought that by watching a video explanation of hydrolysis, it might be easier to understand that the text version which is below.

The syngas is comprised of a number of gases which are either combustible or non-combustible. These mixture of gases in syngas include:

Some of the condensed VOCs which result are oils, waxes, and tars; once they have been cooled to normal temperatures.

Pyrolysis can be used to degrade chemicals, but for the purpose of this article we are solely referring to its use in the treatment of organic matter.

The hydrogen and methane present are immediately available as a gas fuel.

Volatile Organic Carbon compounds in the syngas can also be cooled (if necessary), to result in a liquid fuel which, when the source is MSW, is usually classed as being a renewable fuel.

The anhydrous pyrolysis of wood results in charcoal (char).

Did you ever watch a piece of coal, or wood, as it descends into the hottest part of a fire and burns? 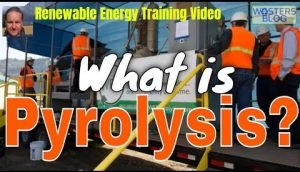 As it heats up, there is a short period when it is often possible to see small gas jets pouring out of the recently added coal pieces/logs, lit by flame intermittently at first and then becoming red, and orange-flamed hot embers. All the while, the volatile/ gaseous compounds in the coal or wood in a fire are pouring out of the wood and only once the flames have gone, does the wood come into contact with oxygen in the air, char is further burnt (oxidized) and (in a fire only) ash is produced.

During anhydrous pyrolysis there is, by definition, no air/ oxygen present so the remaining non-volatile carbon forms charcoal, not ash.

Hydrous pyrolysis, using water can transform the waste matter into a liquid with many similarities to a light crude oil.

There are companies that offer pyrolysis equipment that have developed their own “black box” pyrolysis systems and some of those have optimized them by applying a vacuum to the process. This lowers the boiling point, saving fuel, but also reducing or avoiding some of the troublesome unwanted toxic chemical reactions.

There is a direct point of competition for the Anaerobic Digestion industry between Pyrolysis and the Dry Digestion of Municipal solid waste. That’s why in the remaining part of this article we consider the pros and cons of each process. Gasification is also a heat treatment process, and a contender technology. It is essentially the same as pyrolysis except that a certain amount of oxygen is present during gasification to allow partial oxidation producing “producer gas”:

Dry biomass solids as found in MSW are obvious candidate materials for heat treatment processes such as pyrolysis and gasification.

Pyrolysis when applied using a proven reliable technology, requires none of the biological commissioning needed to run a biogas plant, and the process on any particular batch of biomass can be completed in a matter of less than 1 hour, in contrast 30 days or possibly longer for anaerobic digestion in a biogas plant.

The much faster process time for pyrolysis and gasification results in smaller apparatus, a lower footprint, and lower development costs for this process.

The mass of the remaining char/ ash after heat treatment is lower than the mass of digestate remaining after anaerobic digestion.

Pyrolysis and gasification are a difficult technology to achieve in the real world treating very variable feed materials such as MSW, judging from the low adoption of the process globally. Sophisticated monitoring with auto-adjusting systems to maintain just the right grate conditions may soon bring reliable pyrolysis and gasification heat treatment technologies into mainstream use. But, until this happens, the ability to implement the technology at scale and in real-life conditions for this technology leaves a lot to be desired.

In contrast biogas production by AD is a well-proven technology, with many thousands of plants in use for more than 10 years.

Damaging chemicals produced during pyrolysis can be a significant disadvantage of the process. The unwanted products from thermal decomposition must be removed from the flue gas, and in pyrolysis and gasification plants the necessary flue gas clean-up, can be technically demanding to comply with EU clean air regulations requirements, and very expensive.

Are these Heat Treatment Technologies a Biogas Competitor for Energy Production from Solid Biomass?

Pyrolysis and other heat treatment processes for high calorie biogas production is clearly a winner for extracting energy from very dry/ low water content biomass feedstocks such as wood and many woody wastes.

For wetter, high water content biomass, biomass which composts easily, silage and organic sludges and higher water content, but still highly organically contaminated organic wastes, these require drying before heat treatment and the energy costs of that mean that anaerobic digestion is the favoured method.

Our view is that at present pyrolysis and gasification is not yet a significant competitor to the anaerobic digestion of MSW (in either dry or wet process types).

However, while it may not be competitive for anything other than dry woody wastes at this time (2019), improving heat treatment control technology could change this conclusion at any time. 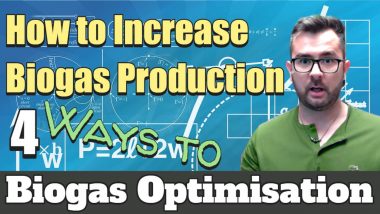 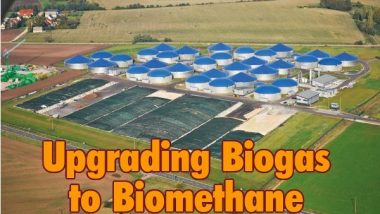