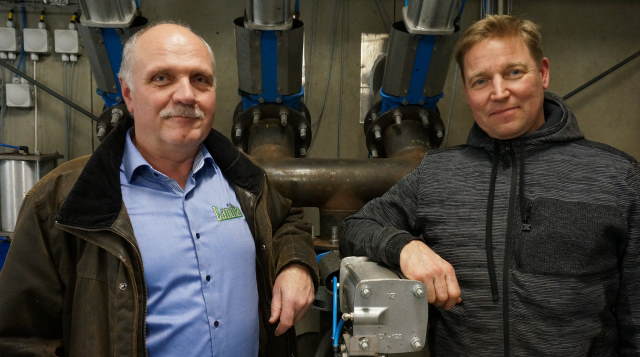 Biogas digester crust formations floating on the surface of reactor tanks may sound to be of little consequence, but that's not so according to anaerobic digestion tank operators. furthermore, breaking up and re-dissolving a biogas digester tank surface crust was defeating the best efforts of one AD plant operator recently after a propeller mixer suffered a problem. Read on to find out how a borrowed Landia GasMix aerator solved the problem:

A thick floating layer of crust that was hampering the biogas operation of a forward-thinking Danish pig producer has been defeated by Landia’s GasMix digester mixing system.

“In one of our reactor tanks (3300 m³), it transpired that a stirrer that was meant to be operating at the top of the digester had only been running at the bottom because the wire to raise the propeller stirrer was broken”.

“In no time at all, a floating layer had formed at the top – and although we had the stirrer repaired, the problem remained. It seriously hampered agitation and circulation of the straw and slurry feedstock that we use for our biogas operation. This situation highlighted the limitations to us of propeller-type equipment for this application, which can’t really cope with dry matter – so we knew it was time to find a superior, long-lasting, low-maintenance mixing system”.

“Initially, this larger motor was needed to ensure that the thick floating crust could be dissolved – and to bring about comprehensive mixing of the digester”.

“In just a very short time we could see the improvement with the Landia GasMix. We dug a hole through the thick floating layer, where we mounted the Landia GasMix on a rail bracket one meter above one of the old agitators. This was on the opposite side to where one of the old agitators had burnt out. This was quite an achievement because the floating layer had become so thick that you could have stood on it. The retrofit was simple – and slowly but surely, the half-meter thick floating layer was completely gone”.

The digester now has trouble-free circulation – with Jens Henry Christensen also able to save energy by switching off the Landia GasMix during the daytime. This fits perfectly with Ny Rybjerggaard’s modern agricultural technologies at its 870-hectare site, as the business works towards increasing its self-sufficiency with renewable energy, including the sale of gas to Denmark’s national network.

“When you have a tank with such big problems, you need a bigger motor to begin with”, added Landia’s Managing Director, Steen Buhl Larsen.

“Now that the floating layer has gone at Ny Rybjerggaard, we can incorporate an 18 kW Landia GasMix (supplemented by the two 18 kW propeller mixers) that can easily handle the agitation. With GasMix at the top of the digester, together with two propeller mixers at the bottom of the tank, you do not have to keep adjusting to the delicate balance that is needed for propeller systems. The small gas bubbles from the Landia GasMix are enough to prevent a floating layer”.

No Moving Parts Inside the Tank

With no moving parts inside the tank, the Landia digester mixing system also provides considerable maintenance benefits – eliminating the need to empty the tank and halt production.

“Mixing is now at an optimum level. There is no doubt about that”

“I can clearly see the circulation and fermentation with bubbles inside the tank – and at the same time, there is barely a difference of one degree in temperature between the bottom, the middle and the top of the digester. This is an extremely good sign.”

“We can also see a major improvement in the final digestate, which is thick and uniformed, like a good porridge. Getting rid of that floating layer is a big relief”

“Overall, we are now experiencing a 15-20 percent faster turnover with Landia GasMix, so we can push the plant harder and get much more from it”.

What Others Are Saying About Digester Crust Formation

Energy crop substrates can result in floating material at the liquid surface. This floating layer can dry out, forming a crust that takes up digester volume and prevents gas bubbles from getting to the surface. With insufficient mixing, the crust can present a serious headache to digester operators. To prevent crust building (or sedimentation at the tank bottom) positioning of the mixers plays a significant role. via www.xylem.com

Mixing the slurry within the digester aids the digestion process by maintaining uniform temperature and bacteria and volatile solids distribution throughout the slurry. It also minimizes sludge formation, and it prevents a crust from forming on top of the slurry which interferes with the release of biogas. An electrically-driven vacuum pump, such as those used for milking machines, is one way that can be used. It draws the biogas from storage under the roof and injects it at the bottom of both stages of the digester. Thus, biogas recirculation provides agitation.

Other methods of agitation include slurry recirculation pumps and mechanical paddles. However, mechanical components exposed to the slurry can corrode, and they are difficult to service or repair without disrupting digestion by opening the digester. via extension.psu.edu 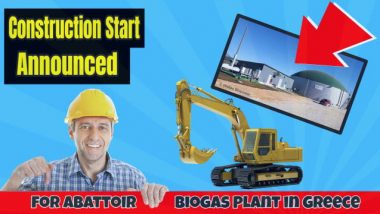 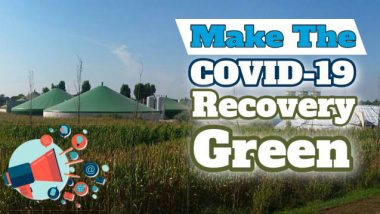