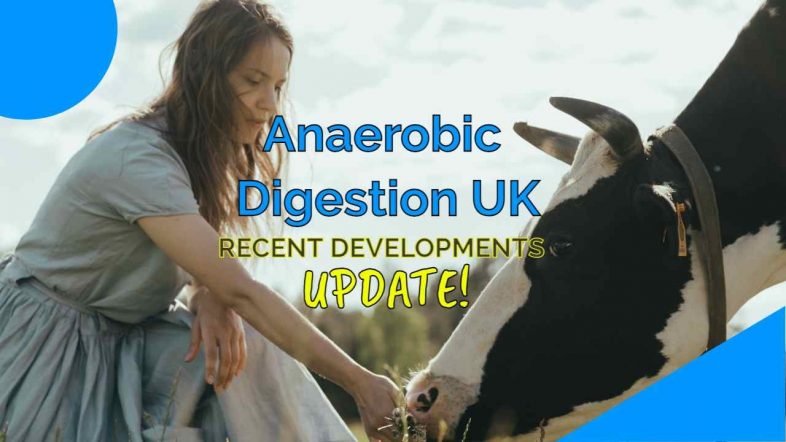 Writing only days before the COP26 UN Climate Change Conference 2021 we will look at developments in Anaerobic Digestion in the UK.

Since this page was last updated in 2016 there has been just one major technical development in anaerobic digestion and that has been the rising trend away from new biogas plants intended to generate electricity and supply power to the electricity grid.

Instead, there have been technology improvements and price reductions in processing technology which have led to the adoption of so-called “upgrading” to purify the biogas to a quality equal to natural gas supplied via the gas grids of many nations.

This makes sense as the market is huge and growing for renewable natural gas, and biogas plant operators can equip their vehicle fleets to run on biomethane, using the energy in their own businesses like never before.

During the upgrading process, carbon dioxide is also captured. So far this has been hard to sell for most producers. The food industry needs not only food-grade carbon dioxide but companies could be damaged if using the CO2 from biogas if that was portrayed as being made from “poo”.

Nevertheless, it may be that this CO2 will one day be used in carbon capture and storage creating carbon credits for sale. That would be a welcome additional income stream for biogas plant operators.

Looking back at our 2016 dated article, which is archived below, surprisingly little has happened. England's low rates of food waste collection remain deplorable relative to the food waste used for energy recovery in Wales and Scotland.

UK government incentives have been slightly improved in the last 2 years, but schemes are ending without renewal which makes them unusable. Hopefully with the UK government releasing their Climate Change Strategy: “Build Back Better” last week this will change. Our next post COP26 update of this page should be able to show:

with all the benefits that would bring for GHG emissions reduction and a much more sustainable farming sector.

Read on for our archived article of June 2016: 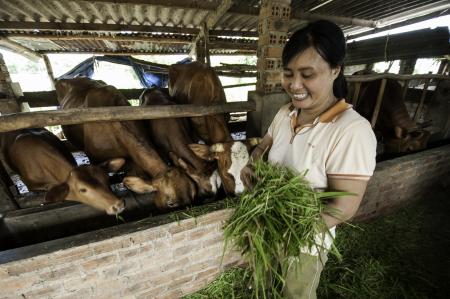 In the UK, since 2011, there have been two main policies, pushing forward anaerobic digestion UK implementation.

These have been been to collect and digest food waste and to raise renewable energy production, where necessary providing subsidies, as part of climate change reduction policy. In detail these can be summarised, by reference to UK government web pages as follows:

We throw away 7.2 million tonnes of food and drink from our homes every year, the majority of which could have been eaten. This costs us £12 billion a year, harms the environment and wastes resources. In the UK food industry, waste is estimated to cost £5 billion per year.

Preventing food waste is better for the environment than any treatment, and can save money for businesses and households. When there is food waste, treatment by anaerobic digestion or in-vessel composting is more sustainable than landfilling, which creates greenhouse gases.

The Review of Waste Policy in England (2011) identifies food waste as a priority for action, via 2010 to 2015 UK Government Policy Statement

We support efficient energy recovery from residual waste, which can:

We’re committed to increasing the proportion of energy we obtain from renewable sources to at least 15% by 2020. Energy from waste can contribute to meeting those targets. Also via 2010 to 2015 UK Government Policy Statement

So, how well, in mid-2016, are these policies being followed? It says the “progressive” waste and recycling policy adopted by the Welsh Assembly is now reaping dividends, after figures revealed that 59% of waste collected by local authorities in Wales is now being recycled.

This compares to just 44% in England, a figure that has stayed relatively static over the past two years.

This situation is all the more concerning given that EU legislation requires the UK to achieve an average recycling rate of 50% by 2020 or face penalties, KBT says.

Councils in Wales currently have the highest average recycling rate of all the devolved nations thanks to what KBT calls an ambitious long-term waste strategy to reduce waste and recycle 70% of all waste collected by local authorities.

Unlike England, every local authority in Wales must meet recycling targets that rise gradually to 70% by 2025 or face fines.

“If the Government is serious about getting to grips with waste then it needs to look at what has been implemented in Wales and consider whether measures such as targets for individual local authorities, streamlined and consistent recycling bins and collection frequencies, together with statutory requirements around food waste collection, could drive up the faltering recycling rate in England.”

Keep Britain Tidy works with local authorities up and down the country to help them reduce the amount of residual waste and increase recycling rates as part of its work to encourage people to waste less.

via England Should “Hang Its Head In Shame” Over Recycling Figures Not only that, drill down further into the issues and you will find that the Food Waste situation is one of low investment, and poor quality collected materials:

The Scottish Environment Protection Agency (SEPA) is seeking responses to a consultation on guidance that sets out obligations along the chain of food waste management, with an aim of achieving high-quality recycling of food waste. And, raising anaerobic digestion UK financial values.

The consultation will be open until June 29, 2016, and it will question how the food waste management chain can maximise efficiency in composting and anaerobic digestion.

Under a SEPA-initiated variant to support the advice, SEPA expects to incorporate standard permit restrictions in all food waste treatment plant permits.

It's also looking for input on its amended regulatory positions for the Regulation of Composting and Anaerobic Digestion Process Outputs.

These modifications set physical pollutants (including plastic) limitations (by weight) to 50% of those given in PAS 100 and 8% of those provided in PAS110 standards (for compost and anaerobic digestate respectively).

Compost or digestate that exceeds these updated physical contaminant limitations will be controlled as waste, according to SEPA, and such material will not be appropriate for application to agricultural land under an exemption from waste management licencing.

And, yet! The respected (REA) (UK) has concluded that in the majority of situations, food waste collected separately can save them money:

… the Renewable Energy Association (REA) has concluded that in the majority of situations, food waste collected separately can save money via Food Waste Collections “Cost Effective”, Report Finds

Proposals set out in a new Department of Energy and Climate Change (DECC) consultation on the Feed-in Tariff (FiT) for anaerobic digestion (AD) will “kill off” AD projects, according to the Anaerobic Digestion and Bioresources Association (ADBA).

The consultation looks at the generation tariffs for AD and micro-combined heat and power (mCHP) and sustainability criteria and feedstock restrictions for AD.

It proposes restrictions to plant sizes and feedstocks that, according to ADBA, will make it even harder to deploy viable AD plants using waste, crops or agricultural residues.

Responding to the consultation, ADBA’s chief executice, Charlotte Morton, said: “This consultation does nothing to address DECC’s fundamental lack of ambition for AD and community scale renewables.

“The government needs baseload electricity to ensure energy security, and technologies that reduce emissions from agriculture and waste to meet our carbon budgets. AD can deliver all of that, at scale, now – but only with the right support”

“Instead, it proposes restrictions to plant sizes and feedstocks that will make it even harder to deploy viable AD plants using waste, crops or agricultural residues. Removing support for new plants above 500kW is completely unjustified and will kill off projects which could otherwise have delivered ECC’s objectives while representing good value y.for monevalue for money, ia DECC Proposals Will “Kill Off” AD Projects – ADBA The UK anaerobic digestion industry, in general, accepts that subsidies should be discontinued once their industry has matured to the point when the many costs and associated risks, have been reduced sufficiently through learning from existing projects as they operate through their design lives.

However, these reductions risk the serious loss of jobs if the industry is unable to move rapidly to fully self-financing.

To cap it all, even initiatives to correct the short-sightedness of the government on this, such as the following group of farmers, have been rejected:

Almost 150 farmers joined around 90 Members of Parliament (MP) and Peers the UK’s House of Commons today to champion the anaerobic digestion industry. Farming representatives from across the UK joined the farming themed event to raise awareness about the technology’s value to their businesses and the rural economy that took place last March. via UK: farmers rally to support anaerobic digestion in Parliament

With the Food Waste (Reduction) Bill due to “fall” at the end of this Parliamentary session, Kerry McCarthy MP, Labour MP for Bristol East and Shadow Secretary of State for Environment, Food & Rural via Food Waste Reduction Bill: What’s Next?

The Food Waste Reduction Bill looks to be dead in the water, and is stalling the development of sustainable food waste practices, says Ashfords LLP’s Jade Carter. Despite increased media exposure of the problem, the industry is not being given the tools it needs to improve the situation.

The failure by the Government to support the Bill is a second blow following the removal of national targets from the European Commission’s circular economy package. It is disappointing that England has not been provided with the legislative tools it needs to drive the war on food waste. via Food Waste Bill Failure Is A Blow To The Industry

So, is the following article really surprising?

Farmers Weekly says: According to a report, the UK biogas sector faces a bleak future despite strong growth in the previous year and hundreds of projects in the development pipeline.

via Decline in AD development predicted after UK policy changes 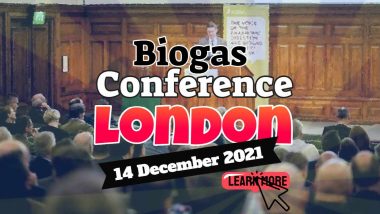 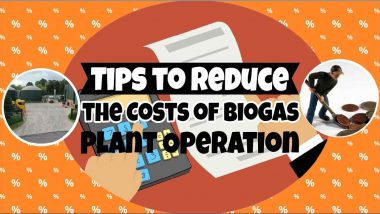