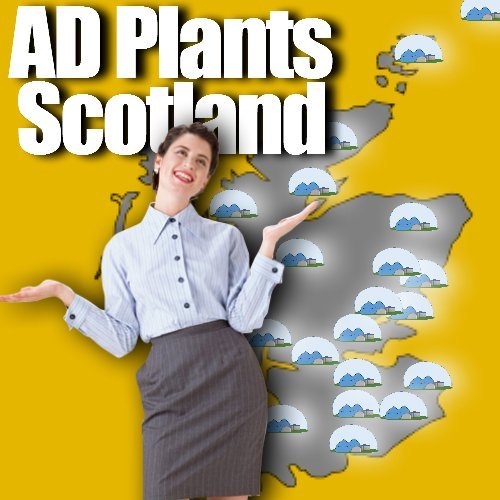 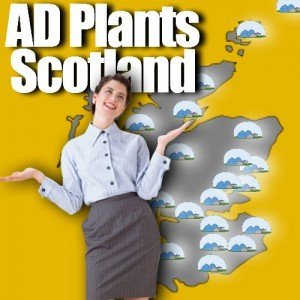 In any future league of leading nations, ranked for their anaerobic digestion plants, Scotland looks like becoming one of the best. In the last few years there has been an accelerating trend in Scottish biogas plant development which we discuss in this article.

If the development, and integration, of biogas technology into the economic framework which will be needed to implement the nation's circular economy goals, and anaerobic digestion plant development continues in Scotland as it has been recently they will become the nation to watch, and follow.

If you are not convinced by the above statement, just read what another prominent industry commentator has said:

“Scotland is leading the way in demonstrating how anaerobic digestion extracts value from our waste, while supporting farming resilience, reducing billions in carbon abatement costs, improving food security and production and generating employment and investment opportunities for rural economies.”

We provide a recent Press Release below, which provides the background to these assertions. On 5 February 2019, the UK biogas industry trade association ADBA released the following:

A thriving Scottish anaerobic digestion (AD) industry is vital for the development of a truly circular economy in Scotland, according to the Chief Executive of the UK’s Anaerobic Digestion & Bioresources Association (ADBA).

“The Scottish AD industry is already delivering a huge amount: there are now almost 60 operational AD plants spread across Scotland, converting a range of wastes and crops into renewable heat and power, clean transport fuel, and soil-restoring natural fertiliser. AD is currently delivering 530 GWh of output in Scotland, enough to power 130,000 homes, and is mitigating around 300,000 tonnes of CO2-equivalent emissions each year.

“A thriving Scottish AD industry is vital for the development of a truly circular economy in Scotland. We were pleased to hear just last week that the Scottish Government will be developing a ‘Local Energy Policy Statement’ this year in which it will set out measures it can take to further support AD. Like any other industry, AD in Scotland needs the right policies and regulations in place to support its continued growth, as well as innovation in new technologies to improve plant performance and create new value chains.

“Good practice is also integral to ensure the industry has strong support from government, regulators, and the general public, and we’re looking forward to seeing which AD operator will be the first in Scotland to certify under the AD Certification Scheme, which ADBA has created along with the Scottish Environment Protection Agency and other stakeholders to recognize good practice in what is such an important industry for the UK’s green economy.”

AD converts organic wastes such as slurries, manures, food waste, and sewage into renewable biogas and digestate, a natural fertilizer than can be spread straight to land.

Scotland has been successful in rolling out separate food waste collections over the past two years, an essential step towards meeting its target to divert all biodegradable waste from landfill by 2021. The Scottish Government has confirmed its commitment to encouraging the growth of renewable technologies such as AD, recognizing the role it can play in reducing emissions from waste, energy, agriculture, and transport and in improving energy and food security.

The ADBA Scottish National Conference 2019 will bring together the Scottish AD community to drive forward commercial opportunities and support the industry by providing a platform to discuss pressing issues and policy changes. A programme of panel debates and speeches from leading industry experts will cover a range of topics from Brexit and waste targets through to emerging technologies and farming.

I’m always struck by two things: Scotland’s incredible natural beauty and the sheer determination of its people to play their part in tackling climate change. Scotland closed its last coal-powered station in 2016 and has led the UK in reducing its emissions: it’s now well on target to meet its 2020 target to cut emissions by 42%.

But there’s still lots of work to do: emissions from areas such as heat and transport remain stubbornly high and there’s still enormous scope for reducing emissions from waste. This is where anaerobic digestion (AD) comes in. AD converts crops and organic wastes such as food and drink waste, sewage, and agricultural wastes into renewable heat and power, clean transport fuel, and nutrient-rich natural fertiliser. via www.bioenergy-news.com

There is admittedly, a long way still to go, but we think that it is useful to record how Anaerobic Digestion in Scotland has grown from nothing in 2000, to being “vital for the development of a truly circular economy in Scotland” in 2019.

If this interests you, read-on:

Anaerobic Digestion Plants in Scotland Before 2010

Seven small on-farm digesters were installed circa. 2004, under a Scottish Executive programme which was administered by the environmental consultant EnvirosAspinwall. The prime reason for installing these plants, which were built with public money at a time when the anaerobic digestion process was considered unproven, was for public health reasons. The intention was to reduce organically contaminated storm water  run-off from the farmyards of these seven sheep and cattle/dairy farms into watercourses which led to bathing beaches. At the time the EU Bathing Beaches Directive was being implemented and there was concern that unless action was taken to reduce the faecal indicator organisms (pathogenic bacteria) count in storm water run-off from the seven farms, the nearby beaches would fail to meet the required standards.

Income for tourism to the Solway Firth bathing beaches would have been reduced if the bacterial count in the local rivers had not been reduced. So, the primary function of the seven anaerobic digestion plants was to absorb the farm run-off and treat it so that it would become a useful sanitized crop fertilizer.

The following is a quotation taken from the website (no longer available) of Greenfinch Ltd. in January 2007:

Seven farm biogas plants have recently been built in Southwest Scotland as part of a Scottish Executive research programme into diffuse pollution of bathing waters. The large amount of rainfall in the area, together with high numbers of livestock, impermeable soils and short river lengths all contribute to the risk of faecal indicator organisms (FIO) ending up in the water courses. The biogas plants have been integrated into the farms waste management systems.

The slurry is being collected in the dairies where it is pumped into a large reception tank, before entering into the digester. For the farmers, this has not only enhanced their waste management system, but it has also given them two valuable by-products. The gas is burnt in a biogas boiler which heats the digesters with surplus energy used for domestic heating, or running a generator to produce electricity. Digestate, the other by-product, is used by the farmers as a bio-fertiliser. There is a lot of research to be carried out into the use of this liquid by-product, however it is clear that the readily available nutrients will save the farmers money by not having to import such large quantities of mineral fertiliser, and making a carbon saving.”

The locations of these plants were not recorded on the above website, but  three are thought to have been located as follows: (1) Sorbie, Saltcoats, Ayrshire; (2) Meikle Laught, Knockrivoch, Saltcoats, Ayrshire; (3) Corsock, Dalbeattie; Southwick, Dumfries. The designer and installer was Greenfinch Ltd (now part of Biogen). The feedstock is thought to have comprised at the time of sheep and cattle manure and slurries. The reactor sizes varied, up to 480 cubic metres. These plants were designed to be operated by each farm. The current operating status of these plants is unknown.

Other Early Biogas Plants in Scotland Before 2010

The following feasibility studies were thought to be underway pre-2010:

Note: The author was an acting environmental consultant at the time and was involved in some of the above projects.

Other News on Anaerobic Digestion Plants in Scotland 2018-19

Over the last decade, the main activity in Scotland in AD has been on farm digesters and sewage sludge AD plants. However, larger-scale municipal, commercial and industrial waste AD plants are emerging and are expected to become commonplace as landfill becomes a less viable option.

While large-scale AD is relatively new in the UK, with only around 30 plants at various stages of development, planning permission was recently granted for Scotland's largest ever AD facility at Pond Green Energy Park, West Lothian. This has a design capacity of 200,000 tonnes per year, is targeted to commence in 2012, with a total generating capacity of 4 Megawatts (MW) of renewable electricity and 6MW of renewable heat. There are only three of this scale which are operational throughout the UK. via www.gov.scot

A programme to produce “green” biogas from farm waste and dairy residues for residential and industrial customers is being planned in Scotland, home to many innovative energy pilots. The Dumfries and Galloway plant is being built by Germany's Bioconstruct, a major European anaerobic digestion equipment supplier. Bioconstruct, based near Osnabrück in northern Germany, is responsible for the design, build and completion of a number of anaerobic digestion plants across the globe. Iona Capital, an investor in low-carbon infrastructure, has financed the construction and operation of the 8.8-megawatt Scottish anaerobic digestion plant. via www.energy-reporters.com

The Balmenach project will treat about 130m3 per day of whisky co-products (pot ale and spent lees). It will be integrated with the existing biomass boiler that already supplies renewable heat to the distillery, transforming Balmenach into one of Scotland's most energy-efficient distillery sites. The biogas project at Balmenach is being overseen through feasibility, planning, permitting and construction phases by Glasgow-based Synergie Environ. via clearfleau.com

Already in use on over 100 Scottish farms, our Energro liquid fertiliser is a nutrient-rich product which offers a highly cost-effective alternative to inorganic fertilisers. In addition producing 100% renewable energy from our biodegradable waste helps tackle climate change, instead of contributing to climate change through landfilling and incineration.”

In addition to the reduction in landfill disposal costs, Anaerobic Digestion is a carbon positive and odour free process with environmental benefits, namely an overall reduction in your greenhouse gas emissions. This helps your business to comply with government legislation and contribute towards global environment protection. via www.energenbiogas.co.uk

You may also like to read about Anaerobic Digestion in Ireland here.