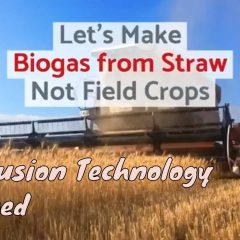 Until now making biogas from straw and other similar grain crop residues has been considered uneconomic by the AD industry. But, that was before the advent of bioextrusion technology. Use of any food crops for energy production often attracts public criticism, although huge amounts of grain go to alcoholic drink production without that raising similar […]