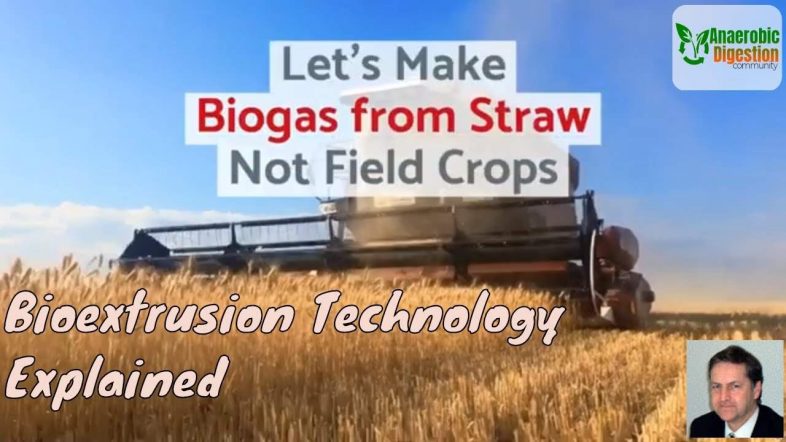 The Biogas Extruder: Until now making biogas from straw and other similar grain crop residues has been considered uneconomic by the AD industry. But, that was before the advent of bio extrusion technology, and specifically the biomass Bioextruder™.

The use of any food crops for energy production often attracts public criticism. This is despite the fact that huge amounts of grain go to alcoholic drink production without that raising similar public fears of rising food prices.

Make Biogas from Straw Not Food

The beauty of biogas from straw is that the rice or grain is sold for food production in the normal way, and only the straw normally considered waste, is used.

The ways in which the efficiency of energy recovery from the biogas from different natural materials is now being studied more extensively than ever before.

This is just one part of the fight to reduce greenhouse gas emissions toward achieving Net-Zero carbon emissions by 2050.

The substrate condition is one of the elements that influence mass transfer in each biological phase in anaerobic digestion.

The substrate's composition and quality are also important factors. Pretreatment of the substrate can be utilised to improve the yield of the biological process, according to this theory.

The creation of biogas is a matter of cellular breakdown. Cell disruption increases bioavailability.

Using a biomass extruder (patented process) to induce cell disruption to prepare biomass for optimum bioavailability before using it in biogas and ethanol plants can be highly successful.

The hydro-thermal degradation of the biomass feedstock (hydrolysis) proceeds more quickly after this pretreatment.

The outcomes are good when pretreatment is done using alternating pressure load and relief.

Higher decomposition rates are achieved as a result of the forced interfacial processes and disintegration.

Rika's Bioextruder technology is regarded as a simple and cost-effective solution to add value to existing feedstocks while also allowing biogas plant operators to produce large biogas yields from lignified materials like straw and dry grass.

Rika recently completed a machine capable of processing up to 12 tonnes of straw per hour. This they say demonstrates how the system can be scaled to match any feedstock or desired biogas volume.

Additional information is available on their website if you're searching for ways to:

Scientific Studies Back Up Claims for Use of a Biogas Extruder

The use of an extruder to boost methane yield in biogas production was investigated, and it was found to have a lot of promise. In a recent study, reported by ScienceDirect, an extruder was put to the test on five different types of agricultural biomass, totalling 13 samples.

Temperature, maximum particle size, biogas potential, and energy consumption were all measured in the samples. The extruder treatment raised the temperature of the biomass by 5 to 35 degrees Celsius.

The extruder had the greatest impact on large particles (>1 mm).

After 28 days of bioreactor retention time, the methane yield increased by 18% to 70%, and after 90 days, it increased by 9% to 28%. This suggested that the optimum retention period in the biogas reactor tank would be no more than 28 days.

Subsequent calculations were made involving removing the energy required by the extruder.

The conclusion from the study was that the electrical energy equivalent of the excess methane resulted in energy surpluses of 6 to 68%.

The energy balance for the process provides an idea of the operation's economics by taking into account the amount of energy spent on pretreatment and the amount of methane generated.

More research on the pretreatment and digestion of maize silage is needed, according to the findings, to improve the efficiency of its use in the production of biogas.

To fully realise its potential, it is necessary to thoroughly understand the impact of the extrusion process and biogas production on energy efficiency under various conditions.

The biogas yields of the substrates before and after treatment were investigated.

Furthermore, the energy efficiency of extrusion pretreatment was investigated to determine its suitability for use in an agricultural biogas plant. The same study, as noted above, was repeated.

Extrusion tests were carried out using a KZM-2 short single-screw extruder with a length-to-diameter ratio of 6:1 and a rotational speed of 200 rpm.

The biogas yield tests of the plant substrates after extrusion were performed in the laboratory using 15 biofermenters that were run on a regular basis at a constant temperature of 39°C (mesophilic digestion) and under controlled pH conditions.

As a result of the extrusion process, several authors observed a similar increase in methane yield.

After 28 days of AD research, they discovered a 29.0 percent increase in straw methane yield.

Using this result the presence of a new sustainable solution for the effective treatment and disposal of these wastes from Indian urban centres needs to be explored.

Extrusion as a pretreatment prior to anaerobic digestion (AD) was examined to increase methane generation from vegetable, fruit, and flower market wastes.

According to the results of BMP testing, extruded fruit market wastes had the highest specific methane yield (SMY) of 332.7 mLN/g oDM (a 31% increase) when compared to non-extruded wastes, which had an SMY of 253.9 mLN/g oDM. via www.researchgate.net

A certified gas analyzer from Geotech GA5000 was used to perform the gas-emission analysis.

Extrusion pretreatment increased the amount of methane produced: the methane production of maize silage treated to extrusion was 16.48% higher than that of non-extruded silage in terms of fresh matter.

The following is a copy of our original article posted in July 2019:

Bioextrusion using Biomass Bioextruder™ technology is likely to be in the news again soon because the UK government ministry, which is the administrator of the UK’s Renewable Transport Fuels Obligation, said in June that it would soon be announcing the successful applications for “development technology” status.

This status, if given by the minister to the applicant companies under the Renewable Transport Fuel Credits (RTFCs) for development fuels, means additional financial help. See the full explanation of this, below the video.

Around 30 million tonnes of cereal straw are produced in Germany annually.

It has been estimated that 8 to 13 million tonnes of this could be used sustainably for different energetic paths of utilization.

Large quantities of straw are also produced in the UK, and throughout temperate climate regions globally.

Straw is one of the agricultural residues with the largest untapped potential for use as a biomass feed for biogas.

But, so far there has been only limited use of the energy in straw and what has been used has been based on thermal recoveries, such as by pelletizing straw for domestic heating.

The disadvantages of this are the extremely large storage capacity needed for the dry material, as well as the high CO2 emissions from transport and processing.

The use of straw in anaerobic digestion

In contrast, the use of straw in anaerobic digestion seems sensible.

The nutrients and organic matter, which was not converted into biogas in the fermentation process, are available again as a high-quality digestate after fermentation, with the resulting digestate available to sustain this as a cycle by, its use as a crop fertilizer.

But there is a problem with this. Straw has a very high content of lignocelluloses and a low portion of readily fermentable materials.

During the fermentation process, this causes very long digestion times and a low biogas yield.

Also, straw tends to float in the digester, even after being shredded.

While some digester mixers might be able to cope, the mixing energy used reduces the remaining energy which can be sold.

In Germany, a company has devised a solution which they call bioextrusion.

The treatment (extrusion) of the straw has 3 beneficial effects:

1 – It reduces the particle size (fibre length) for reduced viscosity and easier mixing.

2 – The lignocellulosic structure is partially destroyed during passage through the biogas extruder and,

3 – At the same time, the absorptive capacity of the straw increases, and the floating behaviour of straw fibres inside the fermenter is much reduced.

After bioextrusion the straw is described as spreading almost perfectly in the operating volume of the fermenter.

Straw substrate which is modified by bioextrusion is then suitable for wet-fermentation in the standard CSTR process.

On arable farms, bioextrusion by biogas extruder may also be used to raise biogas output from other crop residues such as maize.

Text based upon pdfs at: www.bioextruder.co.uk/about

More About the Biogas from Straw Concept

To make biogas from straw usually requires more than just a bio-extrusion device to crush and shear the straw so that it becomes more readily digestible to the AD process. A full system is often required including the ancillary plant which includes the following equipment:

Adopting such technology can create totally new feedstock options. It will do this through the digestion of new biomass sources, such as straw and desiccated grasses.

Nevertheless,  there is also scope to use biogas extruder bioextrusion to increase the biogas yield or reduce digestion time for traditional substrates such as maize or grass silage.

A fully integrated feeding and feedstock processing solution is described as ultimately reducing running costs by the main supplier.

However, there is no assessment given as to the power that will need to be sacrificed in running the additional bioextrusion and related substrate pre-treatment plant itself. How significant those running costs in energy use and maintenance would need to be carefully assessed for any specific project.

The UK’s Department for Transport could next month issue its first credits to projects that are classified as development fuels, attaining an important milestone for projects that qualify for multiple bonuses crediting under government rules, project developers and traders have said.

“We have received applications, and if they are approved, it is feasible that these could be issued by next month,”

Tom Reid, an official with the DfT, told a quarterly stakeholder meeting. …

In December last year, the DfT said four projects had been shortlisted to stage two of the dRTFC application process, including a straw-to-biomethane project operated by: 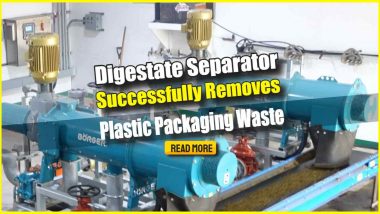 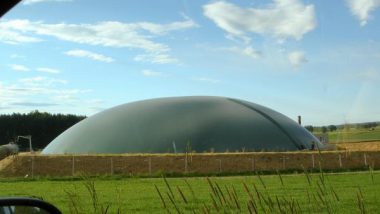