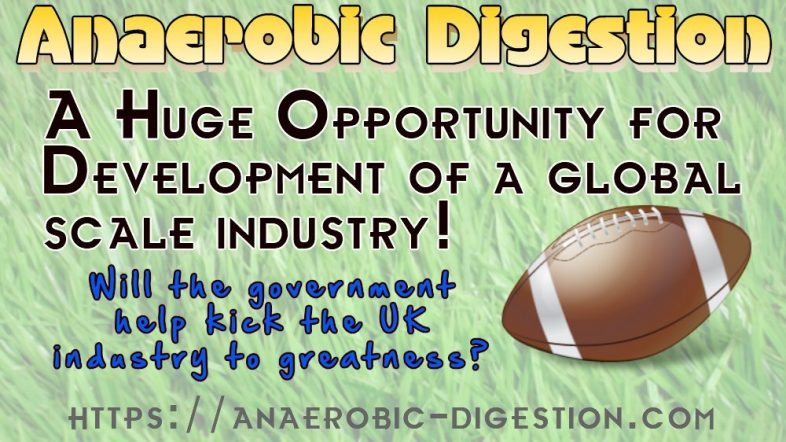 There is no doubt that AD plants are undervalued by society currently and will become a huge opportunity in the UK and globally when climate change abatement really kicks in.

The big advantage possessed when an anaerobic digestion plant is installed is that it produces biogas, and that's a big opportunity. Like many UK anaerobic digestion plants, these plants are often costing up to GBP10 million. They provide both eco-friendly power for the farm and may even also send power to local homes. They promise a guaranteed source of income for nearby farmers, and through improved (and still improving) AD technology they become more profitable year on year. 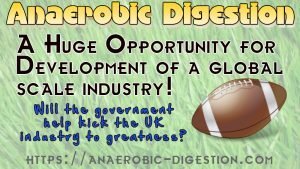 Not only farms are building these facilities. Biogas  facilities are available to an assortment of industries and businesses, from farmers, fruit and vegetable producers and dairies to breweries and food manufacturers.

Some AD plants are built to process industrial wastes. These may be more innovative and require additional investment, but they are much more secure in the knowledge of the continuing availability and characteristics of their feedstock materials. That's because there will be few if any other plants able to take such waste, or the AD plant is built on the factory site and integrated into the business.

These are large and substantial undertakings. It is not uncommon for a large farm biogas plant to have the capacity to process over 500,000 tons of manure from local farms and additional organic waste each year.

So, this was leading us to consider publicizing Anaerobic Digestion Plants as a great opportunity. Naturally when ADBA recently created a PR saying the same thing, we decided to add the whole Press Release here. for your information:

The main points made by the industry trade organisation (ADBA) are that:

The Anaerobic Digestion & Bioresources Association (ADBA) has described the UK’s anaerobic digestion (AD) industry as a huge economic opportunity for the UK ahead of November’s Autumn Statement. 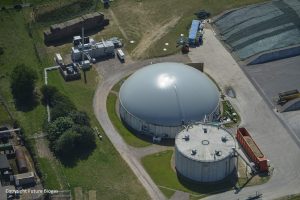 ADBA Chief Executive Charlotte Morton has this week written to Robert Jenrick MP, Exchequer Secretary to the Treasury, outlining the economic and environmental benefits of AD, a technology that converts organic wastes and purpose-grown crops into renewable heat and power (in the form of biogas), clean transport fuel, and natural fertiliser.

In her letter, Ms Morton set out the case for roll-out of universal food waste collections in England to replicate the improvement in food waste recycling rates seen in Scotland, Wales, and Northern Ireland as the result of a similar policy. As well as helping to divert food waste away from environmentally damaging landfill or incineration, the National Infrastructure Commission has made some estimates. They have concluded that introducing universal food waste collections in England [with the waste sent to AD plants], would save local authorities:

Ms Morton also reiterated AD’s contribution to the goals set out in the government’s Industrial Strategy. The strategy is designed to reinvigorate the UK’s manufacturing sector, and highlighted how AD can play a central role in new sector deals for agritech. This is anticipated, through:

If it meets its full potential, the UK AD industry could meet 30% of the UK’s household gas or electricity demand and create around 35,000 jobs. Jobs located mainly in rural areas where Anaerobic Digestion plants tend to be located. AD also improves energy security and soil quality, both of which are major government policy objectives. It does this through producing home-grown renewable energy and a nutrient-rich natural fertiliser respectively.

Ms Morton said in her letter to the Treasury:

“With targeted government support for research into our sector, we could supercharge our industry and put it at the cutting edge of agricultural science. Developing new waste management technologies would provide a boon to British exports. But it would also transform the sector’s performance to eliminate the need for further future subsidy.

“The UK AD industry has grown by more than 350% over the last ten years and the UK has established itself as a world leader in biogas. UK companies are already exporting biogas-related expertise and equipment. The UK has a real opportunity to be at the heart of the growing global biogas industry, which has the potential to be worth £1 trillion.”

Mr Jenrick is the Treasury Minister responsible for the Industrial Strategy, energy policy, and climate change, and spoke at the Conservative Party Conference last week about the importance of clean energy generation and support for innovative sectors.

The AD industry is hopeful that commitments in the Autumn Statement will prompt a commitment to universal food waste collections and clear incentives for AD more generally in Defra’s forthcoming Resources & Waste Strategy and BEIS’s forthcoming Bio-economy Strategy respectively.

The AD industry’s contribution to the UK economy will be a key theme of the ADBA National Conference 2018, taking place in Westminster on 11th December.

Other Points About AD Plants for Any Remaining Doubters

The SSE Barkip AD plant is the largest combined organic waste treatment and energy generating facility in Scotland. Work at Bettaland Products, part of Organic Recycling Ltd, took place to build an anaerobic digestion plant which was completed by the end of 2015. The anaerobic digestion plant is located in Hatfield Woodhouse near Doncaster, and was commissioned in October 2013.

Additional AD Plants are planned and two state of the art renewable energy anaerobic digestion plants are proposed for Chatteris using maize and the other using waste from leeks and onions. many more are in planning and in various stages of construction.

Agricultural anaerobic digestion plants are fully sealed and enclosed so the risk of unpleasant smells would only come from the handling and storage of raw materials, which the developer has said he would mitigate. many of these plants handle smelly materials, but that categorically does not mean that an AD Plant will smell, nor that anaerobic digestion plants are smelly.

For one of these plants to work well they depend upon reliable slurry pumping equipment. The solids loading and rheological properties of the slurry found in AD plants are extremely variable making them a difficult pumping application. Nevertheless, there are specialist pump suppliers such as Landia, and Boerger that have built a reputation for providing pumps which perform very well in such conditions. They cost more to buy initially but the cost is repaid easily by their robustness in service.

Manure is Most Common But That is Changing

Until the mid-2100s the most common digesters were on-farm, or what are also known as farm-scale anaerobic digestion plants. These are most often built to provide an income from the biogas that is made from manure, but are also extremely useful to farmers for their bio-fertilizer by-products. Some of these plants have been built, more to reduce the build-up of certain in the soil such as nitrates, than for energy. This happens where there is a lot of high-intensity dairy farming in an area which has low rainfall, and the watercourses are described as nitrate sensitive. 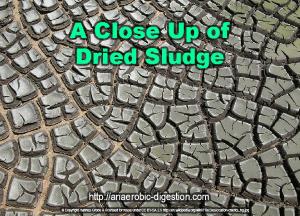 Anaerobic Digestion plants are also increasingly used to to dispose of municipal waste in the form of the sewage sludge which is what remains after foul sewage water has been treated and the clean water flow is discharged to a river after treatment.

At large town and city WasteWater Treatment Plants the technology to do this has been improved markedly over the last few years. So much so that water companies are now finding that the electrical energy produced can reduce their running costs through lower grid electric energy charges. This also makes their sewage works much more sustainable because the energy is renewable and is not a fossil fuel.

The digestate by-product from sewage works AD Plants is a wonderful bio-fertilizer, however it does need to be carefully pasteurized first to kill any pathogens in it to make it safe to use. Once that has been done it can be used on farmland instead of chemical fertilizers.

These plants make farm businesses more able to cop when selling their crops proves unprofitable. Food markets will always be variable, just as the weather in which they grow changes with every season. A recent legal case has explored the circumstances in which an anaerobic digestion plant can be classed as development necessary for farm diversification. If this becomes established it will assist those farmers planning an AD plant to gain planning permission to build it.

The Innovation-Led Future for AD

AD technology is well proven, but is still both expensive and takes many years for investment to pay-back. There is huge potential for these plants to become more productive in energy and conversion of carbon in the organic material fed-in, to methane carbon. Much research in biogas process optimization is taking place around the globe right now.

The goal is to make a biogas plant which is as efficient as a cow! The stomach of a cow has been variously been calculated at 17 to 25 times more efficient than any biogas reactor built so far by man! So, there is the target for AD plant designers and every little advance makes the process more profitable from now on.

the biogas industry is therefore a great opportunity for young people and businessmen to get involved with right now. Those that join now and make anaerobic digestion their career hold the potential to follow promotion paths through a growing industry. Paths to rise rapidly, in organisations which will be hungry for well qualified and experienced staff as the industry grows, for the foreseeable future. 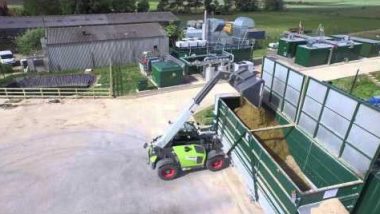 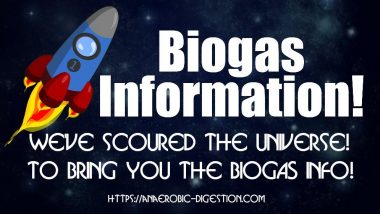