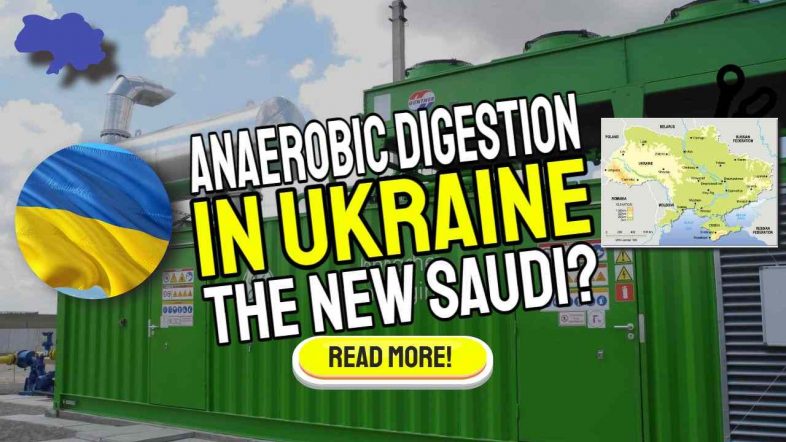 The accelerating adoption of anaerobic digestion in Ukraine has led to speculation that the country may before long become the new “World's Biggest Producer” of sustainable biogas and biomethane.

Ukraine might export up to eight billion cubic metres of biomethane to Europe each year, thanks to a new law that recognises the country's enormous potential.

In an interview with ICIS, Georgii Geletukha, chair of the Bioenergy Association of Ukraine, said that if synthetic gas created in tandem with electrolyzed hydrogen is added, the volume might double.

“Ukraine has unrivalled potential in Europe to scale up biomethane production using agricultural feedstock at low prices and export the majority of the output at a reasonable price”‘,

he said, owing to its vast landmass, which includes a fourth of the world's most fertile soil. 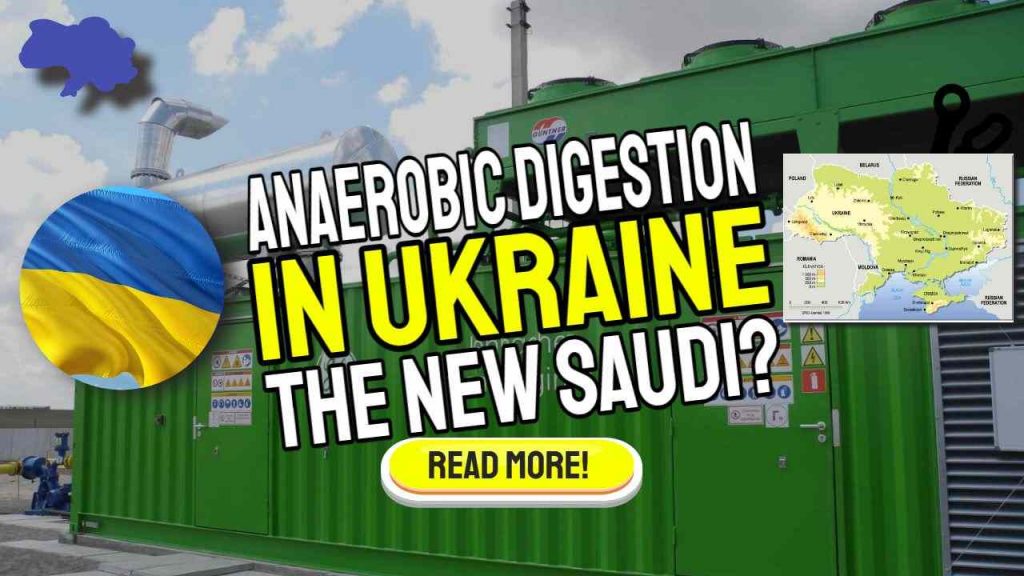 The passage of their draught law on biomethane, which was registered in May 2021 and is anticipated to have its first reading in parliament in September, will be the first step.

According to Geletukha, the proposed wording should not create any concerns, such as the introduction of a government subsidy system, that could delay its adoption before the end of the year.

The proposed law simply defines the term and proposes the creation of a biomethane register. Will be an electronic database that tracks injections and withdrawals from the transmission or distribution system. It will establish a legal framework for the issuance of biomethane origin guarantees.

Ukraine has ample biomass resources to increase biogas output even further. This energy potential isn't even close to realising its full potential.

A study is underway to look at the existing state of commercial biogas systems in the European Union and how best to adapt them to Ukraine's unique circumstances.

Economic factors such as:

The biogas potential for Ukraine (based on European experience) was evaluated using statistical data for the European Union and Ukraine.

It wasn't until 2010 that the first cow manure was transformed to energy at Ukraine's first biogas cogeneration plant. Ukrainian Milk Company Ltd., outside Kiev, operates the first facility, which is powered by 4,000 cows and a GE Jenbacher gas engine. The extra electricity generated at the facility is sold to the grid. The Ukrainian milk company, which makes milk for infant nutrition, was granted a licence to sell electricity to the grid under the “Green” Tariff, which was approved by Ukrainian authorities.

In the Kirovograd region of central Ukraine, the I&U Group is constructing a 6-megawatt biogas plant that will generate electricity from harvest trash. The European Bank for Reconstruction and Development is contributing to the project with a senior long-term loan of up to €15 million (EBRD).

In 2012, Biogas Nord AG, a renowned international provider of biogas facilities, secured the company's largest turnkey arrangement in its history. It was a deal of Euro 34 million for the development of a 12 MW biogas plant in Ukraine.

The Ukrainian Association of Bioenergy and Electromobility (UABE) is a non-profit organisation dedicated to uniting and assisting individuals and businesses working in the fields of renewable energy and electromobility development, promotion, and preservation (green energy).

The UABE was established in June 2019 as the foremost Ukrainian association in the production of green energy (biogas, biomethane, syngas, and e-mobility, among other things).

The association was founded in order to bring Ukraine's green energy industry together. It encourages the biogas, biomethane, photovoltaics, wind power, syngas, geothermal energy, and e-mobility industries to work together.

Why Ukraine's Biomethane is Likely to be Exported to the EU

Biomethane producers would struggle to sell domestically without government subsidies, as the cost of biomethane will be likely to be around €20.00/MWh more than current natural gas pricing.

However, because many EU nations provide biomethane incentives, it is economically advantageous for Ukrainian manufacturers to export the majority of the created volumes.

However, because many EU nations provide biomethane incentives, it is economically advantageous for Ukrainian manufacturers to export the majority of the created volumes.

The cost of biomethane in Europe is substantially higher than in Ukraine. Experts see it ranging between €700 and €1,000 per KSCM (kilo standard cubic meters), giving Ukrainian biomethane a competitive advantage.

A €31. 5 million contract has been given to Cambi and Riko, a Slovenian engineering firm, to build a thermal hydrolysis sludge processing plant in Lviv, Ukraine.

“This project will significantly improve the sustainability of sewage sludge treatment in one of Ukraine's largest cities,”

“For Cambi, this is a strategic breakthrough in Ukraine, a large and promising market”.

Naskeo is a company that builds turnkey biogas plants. It is in charge of biogas plant development, design, construction, and maintenance. It also provides organic waste valorization services to its customers (farmers, industrial firms, and project developers). Its efforts include renewable energy generation as well as the manufacture of organic fertilisers.

Large sewage sludge digesters for the water treatment sector to tiny households and on-farm biogas plants are among the types of anaerobic digesters in use and being built in the country. Some companies offer their own dry-anaerobic digestion systems that are batch-processed. However, the majority of biogas companies in that country are based in Europe and offer fully mixed and stirred (CSTR) “wet process” anaerobic digestion methods.

Tsjernihiv, Ukraine, has placed an order for a biogas facility with Host Biogas. During the sugar beet season, leftovers such as beet tops will be anaerobically digested to produce 350 nm3 of biogas every hour (3 MWe). Both projects are expected to be completed in the fourth quarter of 2021.

Zorg Biogas is a Company Operating in Ukraine

The Zorg firm has constructed facilities in Ukraine that are well-functioning and producing energy, heat, and fertiliser. Zorg isn't just a company that sells biogas equipment. This is a firm that designs and builds biogas facilities, then uses biological commissioning to put them into operation.

Krieg & Fischer Ingenieure GMBH is another professional engineering firm in the country that specialises in the implementation and use of biogas technology. They create custom biogas plant solutions all over the world. According to the company, it has more than 30 years of experience.

The building of a huge biogas complex with a capacity of 7.5 MW has been completed in Ukraine by Zorg Biogas Ukraine. The corporation announced it on its Facebook page. Advanced technologies, in contrast to traditional technology, allow better heat and mass transport and, as a result, a higher degree of waste treatment. Vertical metal reactors with a central stirrer are a standout feature.

Processing plant residues, such as those from sugar factories and ethanol refiners, can be utilised as a biogas feedstock. If the capacity of the biogas plants is greater than 6000–8000 kWe, the particular investment costs of the aforesaid biogas plants are competitive with manure-based biogas plants.

Paques is an industry leader in anaerobic treatment, designing and supplying COD conversion into biogas systems throughout Ukraine and Europe.

The Biopaq® product line was created by Paques to treat complex wastewater in industries such as food and beverage, pulp and paper, distilleries, and pharmaceuticals.

Biogas plants at cattle and dairy farms and more!

Biogas is a renewable energy source that is ideal for manure processing. Biogas is made from a variety of organic sources, including wastes from livestock (pig, chicken, and beef farms), agricultural wastes, agricultural products specifically designed for biogas production, silage, industrial organic waste, sewage, and landfills (waste deposits of main municipalities). 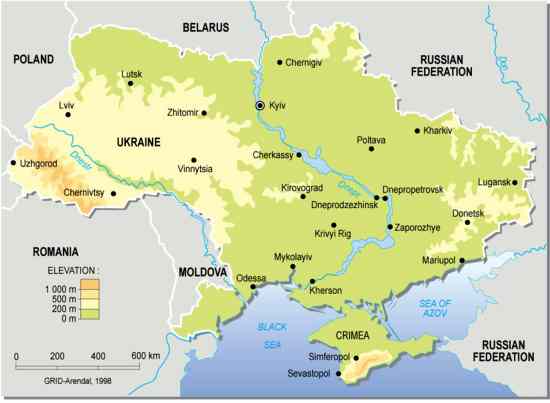 Ukraine is currently such a country. It lacks energy self-sufficiency and is reliant on a poorly diversified energy import via a variety of carriers. It frequently causes political squabbles and has socioeconomic ramifications.

The fact is that, in light of global climate change, renewable energy production is gaining traction, which is spurring action and resulting in new biogas plant construction contracts.

However, for Ukraine, it is also an issue of producing agricultural biogas as a means of slowing climatic change and increasing energy self-sufficiency by substituting or supplementing traditional energy sources.

There are presently several examples of pig farm biogas technology applications in Ukraine.

The first full-scale biogas plant using animal waste was developed in 1993 on the “Zaporizhstal” pig farm.

Following that, the enterprises “Agro-Oven,” “Elite,” and “Ukrainian milk company” launched biogas plants. Only four biogas facilities were operational in Ukraine in 2012, based on agricultural enterprises. But, it's all changing now!

Pig farms will be one of the primary sections of the technology chart for the production of power/energy from biogas. These and other facilities will be principally evaluated for existing facilities in specific field industries such as alcohol and beer manufacturing, poultry, livestock, food production, and so on.

Concluding – Can Enough Biogas be Made to Make Enough Biomethane to Supply Europe?

Many who read this article will ask whether there is enough waste biomass (biowaste) out there to possibly replace heavy goods vehicle fuel with sustainable biomethane, yet alone find enough to replace natural gas (a fossil fuel) heating homes and supplying industry.

Right now it would seem unlikely, and yet nations like Ukraine can certainly move Europe toward the global net-zero targets, and it can be done, starting right now.

Let's assume that we can move the level of biogas production sustainability a few notches further and create a carbon negative biogas. That would allow us to use more blue gas (low carbon natural gas) in the mix.

In the gas grid, we have a fantastic asset that covers all of Europe.

Electrification and batteries are seen as the sustainable future, but they cannot do it on their own right now.

An electric world supplied by renewable electricity with zero exhaust emissions from all vehicles is a wonderful goal. But the reality is that we don't have the electric distribution capability in Europe to shift to 100% electricity for fuel, heating, and current electrical demands.

That's no matter how much renewable electricity we use. That is simply not possible due to technological limitations. As a result, we believe governments should seek to encourage collaboration of the mainstream energy companies with the intent of developing both hydrogen and biomethane energy sources.

They can be a very good solution for Europe if they work together; if they don't, we'll fail. 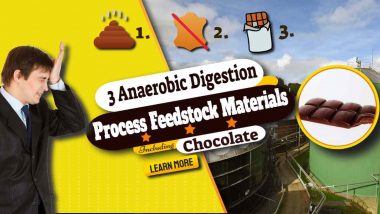 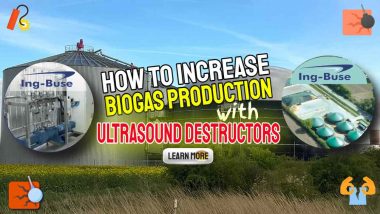