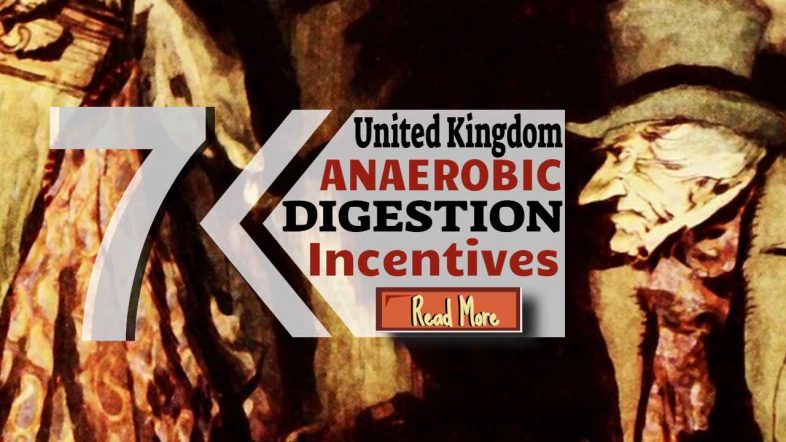 Read on for our list of the 7 current and lapsed UK anaerobic digestion incentives. As stated below, there are a number of financial support mechanisms that relate to AD and biogas production in the United Kingdom.

All but the first three UK anaerobic digestion incentives listed below are no longer available to new applicants/ for new AD plants. And of the three only two can be used to benefit new AD plant projects. Only the Renewable Transport Fuel Obligation, and “the Smart Export Guarantee” (SEG) are currently available to apply for today.

It is thought that the proposed UK “Green Gas Trading Scheme” will fund a promised new incentive for biogas that is still being developed called the Clean Heat Grant. In recent consultations on the Clean Heat Grant, the government hinted that biomass/ biogas installations could be supported as well, but only when absolutely essential.

Clean heating refers to the production of heat without the emission of CO2, toxic gases, or particle matter. Heat pumps and solar thermal panels paired with thermal energy storage can both provide clean heating.

Our list of the past and present UK anaerobic digestion incentive schemes follows.

But first, here is news of a UK Covid Recovery incentive which is available now to help aid the UK's recovery:

Thinking of developing a biogas plant? Get in quick! Take advantage of this tax break:

If You Want an AD Plant: Get in Quick Now and Claim Your “Super-Deduction”

During Covid, the government has provided businesses with unprecedented support. Despite this, economic shocks caused by pandemics and the resulting uncertainty have stifled business investment. This special tax break will encourage businesses to invest in productivity-enhancing plant and machinery assets that will help them develop, and to do so soon.

Companies investing in qualifying new plant and machinery assets will be eligible to claim the following benefits from April 1, 2021 to March 31, 2023:

The super-deduction will allow businesses to save up to 25p on every £1 they invest, making the UK capital allowances scheme one of the most competitive in the world. 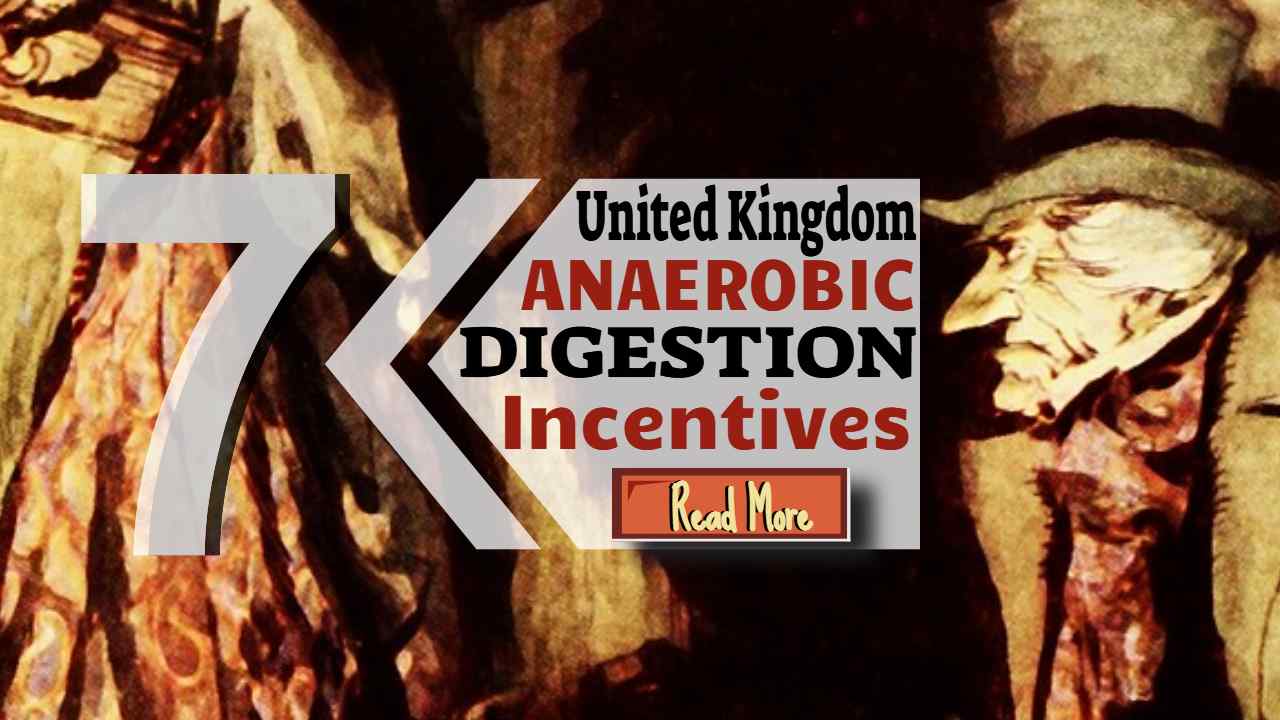 The Renewable Transport Fuel Obligation is still an incentive available in the UK.

The Department of Transport, which administers the RTFO, has more information.

The NNFCC has created a calculator to compare the RHI and RTFO anaerobic digestion incentives as biogas plant support options.

Two green gas trading schemes have been established to enable tracking of green gas through the national gas distribution network.

These will form the basis for a new UK anaerobic digestion incentive.

The following incentive schemes are no longer available to new applicants:

3. The Incentive for Renewable Heat (RHI)

The Non-Domestic RHI is effectively closed now to new applicants. Only the applicants that submitted their application before this spring (2021) which are now in the application process pipeline will benefit.

Unfortunately, the availability of the RHI Scheme will soon terminate. It is currently proposed by the government to be accessible for only under three more years, ending in March 2024. Plus the financing is limited to £100 million.

It is hoped that it will be extended as the Clean Heat Grant.

Under the RHI, renewable heat generators and producers of renewable biogas and biomethane receive a fixed income (per kWh) under the Renewable Heat Incentive (RHI). The RHI is available for AD facilities built after July 15, 2009. The tariff has a 20-year lifespan and for that period those existing AD plants in the scheme will continue to be paid.

The level of the payment/ tariff depends on the technology in use and the date of accreditation.

Here's where you can learn more.

The non-domestic Renewable Heat Incentive (RHI), was launched in November 2011 in the United Kingdom to encourage the use of renewable heat in the non-domestic sector.

The Ofgem website had useful information on how to apply for the grant in advance of development.

DECC established a transparent budget management approach called degression in the non-domestic RHI scheme in April 2013. Data are released regularly, and degression may occur on a quarterly basis, depending on forecasted expenditure for the next 12 months and growth from the prior period.

Useful information on how to apply for accreditation can be found on the Ofgem website.

Sustainability reporting for solid and gaseous biomass facilities has been required since October 2015.

Since October 2015, Sustainability reporting for solid and gaseous biomass plants has been mandatory.

The Fits were once one of the most important of the anaerobic digestion (biogas production) incentives.

The Smart Export Guarantee (SEG) is the current offering from the UK government. The scheme pays homeowners and businesses for the excess renewable electricity they generate which they don't need. It came into force in January 2020 and replaced the previous Feed-in Tariff (FIT) scheme.

The Smart Export Guarantee (SEG) is a useful incentive. It compensates businesses and homeowners for renewable energy generated but which is not used to run the plant, or in any other way, and is fed back into the grid.

When it came into effect in January 2020,  it succeeding the previous Feed-in Tariff (FIT) scheme.

The Smart Export Guarantee is a UK government-backed clean energy initiative that rewards households and businesses in the United Kingdom for generating their own renewable electricity. Customers who generate excess energy can send it to the national grid in exchange for a small payment under the scheme. This programme is an updated version of the Feed-in Tariff programme.

FiTs were offered to small-scale power generators in England, Scotland, and Wales with a guaranteed price for a set term from 2010 to 2019. FITs were created as anaerobic digestion incentives, to encourage the production of low-carbon power on a small scale.

FITs were only available for AD installations with a capacity of less than 5MW that were completed after July 15, 2009. Each tariff is paid for a period of 20 years.

The following were the final generation tariffs for AD (as of April 1, 2019):

Tariffs were tied to the Retail Price Index (RPI); a table of annual RPI-linked FIT rises may be found on the Ofgem website. A flexible degression mechanism to reduce costs was added in April 2014; it is set at a baseline of 5% per year but can accelerate (to 20%) or decelerate (to 0%) dependent on annual accredited and pre-accredited capacity.

Renewable installations that used “generating equipment” that had previously been supported under the Renewables Obligation or Feed-in Tariff schemes were not eligible for FIT subsidy.

Installations that get grant funding for “producing equipment” are likewise ineligible for FIT funding.

As part of the Electricity Market Reform in 2014, the Contracts for Difference (CfD) scheme was implemented for generators of 5MWe and above in England, Scotland, and Wales; new generators having the option of claiming the RO or the CfD. All new generators were barred from the RO after 2017.

For more info on the CfD visit the BEIS webpage on the Electricity Market Reform.

From October 2015, Sustainability reporting for solid and gaseous biomass plants is mandatory.

The Northern Ireland Renewables Obligation (NIRO) was the primary source of funding for renewable energy projects in Northern Ireland. Multiple ROCs support anaerobic digestion, which is one of the technologies that receive additional assistance.

An AD plant must pass OFGEM's reasonableness test and employ an approved electricity metre in order to be accredited for the NIRO by OFGEM.

The REGO scheme's goal is to promote and boost renewable energy sources' contribution to power production across the EU by establishing a common platform to facilitate renewable electricity trading between member states. REGOs are primarily used for Fuel Mix Disclosure in the United Kingdom and Northern Ireland (FMD).

FMD requires licensed energy suppliers to disclose the fuel mix (coal, gas, nuclear, renewable, and other) used to generate the electricity they supply to their clients and potential customers on an annual basis.

For each megawatt-hour (MWh) of qualifying renewable output generated, a REGO Certificate is issued (with effect from 5 December 2010).

For more information on REGO Scheme see the relevant pages of OFGEM’s website.

Anaerobic digestion provides many benefits beyond these incentives.

A biogas plant can pay for itself in as little as five to seven years if the right feedstock, scale, and technology are used. 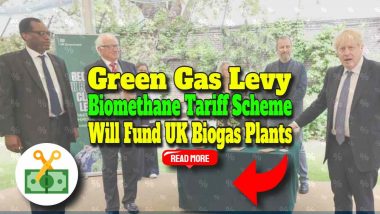 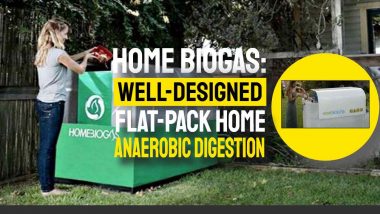