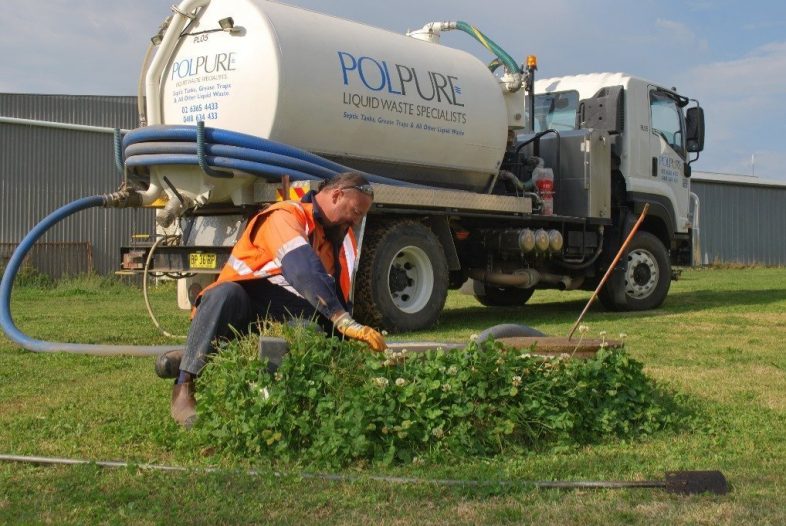 Septic Tanks: Are they Anaerobic Digesters?

We have been asked the question of whether Septic Tanks are Anaerobic Digesters several times recently.

The short answer is yes. They utilize the anaerobic digestion process for the treatment (albeit only partial at a slow rate, and not to watercourse discharge standards) of sewage.

They are used from isolated locations where inhabited dwellings are located, remote from public sewers into which a connection would otherwise be made.

Septic tanks are very much a second best to a sewer connection, as they discharge more a heavily contaminated water than any well-designed sewage works emits.

They are also more expensive to empty of accumulated anaerobic sludge,

So, because they are not preferred on the basis of cost, or of environmental sustainability, when a sewer is available to connect to the connection must be made.

So, septic tanks are rarely, if ever, discussed as being “anaerobic digesters” but strictly can be described as a type of digester.

Methane is Vented to the Atmosphere from Septic Tanks

The fact is that septic tanks must, we assume produce methane as biogas, but this is not collected. Nor is the sludge used to make methane when treated, after being sucked out of a septic tank.

In the United Kingdom Septic tank sludges are collected by water utility companies. The sludge they collect will, we assume, be disposed of with sewage treatment sludges, again without using them as a product to make biogas in the manner discussed elsewhere on this web site.

To understand Septic Tanks, it is necessary to have an appreciation of how they work. So, we were very pleased to be able to reproduce here the following excellent article on the subject by Scott Leahy.

How Do Septic Tanks Work?

By: Scott Leahy via EzineArticles.

A septic tank is basically a rectangular shaped underground receptacle for wastewater. It is watertight, made of concrete, and consists of tanks that are divided into chambers. The first chamber has twice the volume as the second and the majority of the organic solid matter, referred to as sludge, gets settled here. The second chamber further purifies the wastewater.

The septic tank collects wastewater from toilets, showers, sinks, etc. Due to the absence of a current the sludge quickly settles down to the tank floor. Anaerobic bacterial digestive activity on the sludge leads to the generation of methane and carbon dioxide; the sludge is stabilized and does not rot anymore. Particles of stabilized sludge stay settled, some may float to the top as scum.

A septic tank should be constructed such that there is maximum contact time with the microorganisms so as to enable swifter digestion of the sludge. This is achieved by placing the inlet, overflow, and outlet diagonal to each other and by making the streams flow in vertically placed pipes.

The Drain Field or “Seepage” Field

The treated wastewater is directed to a drain field, also known as a seepage field, where any impurities that still exist get decomposed naturally, the water is taken up by the plant root system or it may even become a part of the groundwater. The large sized drainage field is required if the soil is not very porous. A septic system can be made to work entirely by using gravitational forces; at some places, however, a pump may be required to overcome topographical limitations.

The rate of sludge generation in septic tanks is around 0.05 cubic yards every year for an individual. Septic tanks need to be emptied every few years so that there is enough reaction space for the microorganisms to attack the wastewater and for the sludge to settle.

The frequency of tank cleaning varies. Some say that the septic tank may be emptied every 5-7 years depending upon the amount of wastewater it processes. The tank is emptied using a tanker vehicle equipped with a suction pump manned by trained personnel. The sludge that is sucked into the tanker vehicle is released into public waste water treatment plants. There it undergoes further treatment, sanitary landfills, or sludge drying beds.

Properly digested sludge can be used as a natural fertilizer, but regulations apply and must be followed. In some jurisdictions this is possible only if no fresh wastewater is added to the tank for at least one week. Other rules may apply.

The design of the septic tank should be such that the wastewater always flows in its designated path and no short circuits in the water flow occur. T-pipe-connectors with inflow and outflow openings under the water level should be used for inlet, overflow, and outlet pipes. This prevents the floating scum from clogging the pipes. A trap should be provided for the wastewater inflow pipe and all applicable building regulations apply.

Is an organics anaerobic digester equal to a septic tank?

Recently someone asked me if a septic tank was an anaerobic digester.

I responded yes, because the decomposition process in a septic tank is anaerobic. He then asked, “If that's the case, why couldn't we just take our organic waste and put it in a septic tank?”

I proceeded to explain that the quantity and quality of the valuable byproducts captured in a digester is a direct result of microorganism activity, which in turn is determined by the anaerobic digester's feedstock and system parameters.

These parameters are important because anaerobic digestion occurs in three phases, each with different operating microorganisms, with different optimal environmental conditions. via www.cornerstoneeg.com

Septic tanks are ubiquitous in the on-site treatment industry, and have been used for anaerobic treatment of raw sewage for well over one hundred years. The basic design of septic tanks has not fundamentally changed over the last century.

Current septic tanks are typically multi-compartment and assumed to provide mainly physical treatment to separate solids and scum from the liquid, with some minor acknowledgement that slow-rate ‘digestion’ of the accumulated sludge occurs. Once the accumulations of both sludge and scum are excessive, the tank is then pumped out.

What is interesting to note from the history of the septic tank is that the very early concepts developed in the late 1800’s were observed to have little sludge accumulation in the tanks.

Donald Cameron, who coined the term ‘septic tank’, noted in an 1896 paper that over a 6 month period only “a thin layer of black earthy matter” remained on the floor of his tank even while discharging an effluent that was “clear and inoffensive, and not liable to any after-fermentation” (Cameron, 1896).

This early work demonstrated that septic tanks can provide biological treatment to liquefy the sewage solids, rather than just accumulate them.

There have been tremendous improvements in our understanding of anaerobic microorganisms and development of high-rate anaerobic treatment technologies particularly since the 1970’s (Speece, 1996; Barber and Stuckey, 1999).

However, modern technical knowledge has not yet been applied to improving the century-old septic tank. via www.nowra.org 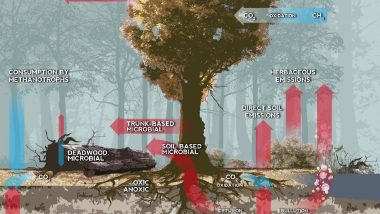 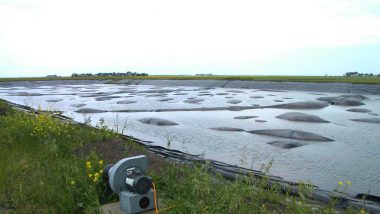