Prior to anaerobic digestion, new food waste separators with advanced depackaging and pulping technology, when used to pre-treat Source-Separated Organic Household Waste (SSOHW), improve the purity of the organic pulp.

Reject output streams were also purer than for earlier systems based on milling and shredding.

That's according to research by the Department of Environmental Engineering, at the Technical University of Denmark, (Ref 1: “Evaluation of a New Pulping Technology for pre-treating source-separated organic household waste prior to anaerobic digestion”: Irina Naroznova, Jacob Møller, et al.,).

Introduction to the Concept of Less Destructive Depackaging Separation and Pulping

The performance of a new technique for pre-treating source-separated organic household waste before anaerobic digestion was compared to that of earlier (pre-2106) alternative pre-treatment technologies. The pre-treatment system studied in this research uses a specially constructed screw mechanism to pulp trash with water.

We explain how this paper shows that the concept of using less destructive depackaging separation and pulping is valid when seeking better systems to pretreat organic wastes such as food waste.

Benefits of Food Waste Separators which use Less Aggressive Depackaging Separation and Pulping:

The researchers at the Technical University of Denmark found that:

2. Compliance with EU Regulations for Hazardous Material Content in Biomass

Furthermore, all Danish and European Union regulations for hazardous material content in biomass intended for land application were met in the cases analysed.

The screw pulping technique used in their data showed:

The technology's higher material recovery of organics was linked to a greater transfer of nutrients (N and P), carbon (total and biogenic), and heavy metals (excluding Pb) into the organic soup (pulp/ biomass) output generated.

4. Reduced Microplastics Produced with a Lower Risk of Environmental Damage from Plastic in the Environment

Although not a matter considered in the study quoted throughout this article, avoidance of the creation of microplastics entailed in milling and shredding is considered by the author of this article to be a benefit of less aggressive systems, and not using milling or shredding.

Possible Uses of the Study Results

The authors stated that the information gathered in their study might be utilised to:

Meeting Existing Net Zero Targets and Promises Made at COP26

The European Union set goals for municipal solid waste (MSW) recycling to reach 50% by weight by 2020 (European Parliament, 2008) which many of the EU nations achieved for their Source-Separated Organic Household Waste (SSOHW).

Future MSW recycling targets can only be met in Denmark, the UK, and many other member countries if organic household garbage is also recycled (Jacobsen et al., 2013) at still higher rates.

To do this and continue to raise the rate of organic waste recycling from now on, further anaerobic digestion (AD) capacity needs to be installed for the production of biogas from organic household waste. This has until now necessitated source separation, in order to avoid the presence of contaminants such as heavy metals and PAHs.

But, even “source separation” (including kerbside collection of household food waste) is not ideal.

Unwanted elements, such as plastics, glass, and metals, are frequently detected in the organic waste mass collected. Organic household garbage is currently incinerated alongside other residual refuse in Denmark, and in many other EU nations.

On a wet weight basis, contaminants comprise between 5% and 23% of organic household waste (food waste) in locations where source separation is done (Petersen and Manokaran, 2012).

These contaminants can cause technical issues in the AD process and have negative environmental consequences, such as when the process residue is applied to land (digestate).

This problem is normally handled through the physical pre-treatment of the collected organic waste mass using Food Waste Depackagers and Separators.

The rejection of non-biodegradable contaminants while minimising biodegradable matter loss is a typical criterion in AD for pre-treating source-separated organic household waste (SSOHW). The generated biomass for wet AD should also be pumpable and free of big particles that could harm the system.

If the AD residue (digestate) is to be used on land, contamination with hazardous substances such as heavy metals (Pb, Cd, Cr, Cu, Ni, Zn, Hg) and organic pollutants1* must be in accordance with applicable standards. Pathogen elimination is also necessary for biodegradable waste of animal origin, such as animal food waste (See Animal By-Products Regs. issued subject to rulings from The European Parliament and the European Commission, 2002).

Because pathogen eradication cannot be achieved using physical pre-treatment procedures, further hygienisation of the generated biomass (i.e. heating at 70°C for at least 1 hour) may be necessary.

Hansen et al. looked into the pre-treatment methods that are often used in Denmark, such as the screw press and disc screen (2007) – equipment that predates the modern proprietary equipment.

The paper Ref 1: “Evaluation of a New Pulping Technology for pre-treating source-separated organic household waste prior to anaerobic digestion”, provides encouraging evidence that milling and other methods which reduce particle size are not the best way forward. And yet, on their own, the screw press and screening have not been fully successful.

Use of the Screw Press

A screw press is a device that squeezes using the action of an Archimedian screw.

This differs from a disc screen which is also used in some of the systems available. A disk screen separates organic waste using revolving discs spaced at specific distances.

Hansen et al. (2007) discovered significant organic losses in the reject, ranging from 40% to 35% (wet weight) with the screw press and disc screen, respectively, as well as issues with the quality of the biomass generated.

The Milling Machinery Based Alternative to the Screw Press Separator

A better performing pretreatment technology (material losses to the reject lower than 20% based on wet weight) exists in the dispersion process detailed in Bernstad et al. (2013). (2013).

The process is based on high-capacity milling machinery used in the pulp and paper industries. But, the method has disadvantages for waste processing stemming from its intricacy and significant energy usage.

Despite the fact that source separation has been practised in several European countries for years (e.g., Ministry for a Livable Austria, 2015) until recently the technology has received little development interest.

With the growth of the AD sector globally interest in improving the pre-treatment of SSOHW prior to anaerobic digestion has led to a number of companies entering the food waste separation and depackaging market.

New technologies and techniques have emerged in new product ranges in this area.

The availability of scientific data to assess these recently emerging depackaging technologies has been rare. So, the article we report upon in this article (Ref 1) is particularly useful.

Read on for the main points made in that research paper:

The technology evaluations which are available are based on precise characterisations of specific process outputs, as well as further estimates of efficiency in terms of input material recovery and losses (Hansen et al., 2007; Bernstad et al., 2013).

The general validity of claims made for the distribution of initial quantities between the process output and the carbon, nutrient, and hazardous substance transfer in the pre-treatment process, are often very specific to a particular organic feedstock, and hard to generalise.

However, improved biomass recovery in the pre-treatment step, according to Carlsson et al. (2015), may decrease the quality of the generated biomass, for example, better energy and nutrient recovery may increase contamination of the biomass produced. [Leading to contamination entering the digester.]

A new pretreatment process based on waste pulping with water was evaluated in the study (Ref. 1). The pre-treatment technology studied yields:

Three test series were done over a period of one year to quantify mass flows entering and leaving the system. For system flows that were accessible, the total solid (TS) and volatile solid (VS) contents were determined.

Biopulp quality was determined by calculating its biochemical methane potential (BMP) and other metrics, as well as material losses to the reject, expressed as a percentage of the input material (wet weight), TS, and VS.

For the technology evaluation, data from the literature was obtained on SSOHW pre-treatment cases using the different technologies mentioned above, and a comparison was made for a variety of criteria.

The performance of a novel SSOHW pre-treatment technique based on a waste pulping process was compared to that of existing alternative pre-treatment methods (2016).

According to the findings, the technology performed in a way that was suitable for subsequent biopulp (organic soup) treatment in an AD plant.

The material distribution between the process outputs was:

The biomass produced was homogenous, with minimal levels of non-biodegradable material and particles larger than 1.3 mm.

In comparison to SSOHW pre-treatment with a screw press and a disc screen:

However, because different SSOHW mixtures were employed in the trials, some care should be applied to these conclusions.

Reduced Energy and Water Use

When comparing the [less destructive] new technology to the [milling based] dispersion process …, the new technology [Screw Press Based] alternative;

Further system optimization, in terms of clean water use through water recirculation, could be addressed for the new technology. The utilisation of liquid waste streams for SSOHW dilution may be regarded as good practise, as demonstrated by screw press-based pre-treatment situations.

The BMP of the biopulp was comparable to BMPs for biomasses generated by the other pre-treatment processes studied.

In terms of substance transfer, the pulping technology instance showed greater transfer of nutrients (N and P), carbon (total and biogenic), but not heavy metals (excluding Pb), and the importance of hazardous substance content in the biodegradable SSOHW material fractions was underlined. 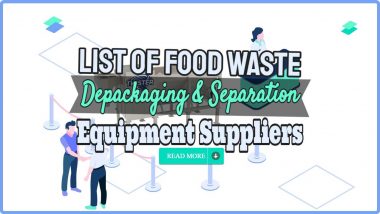 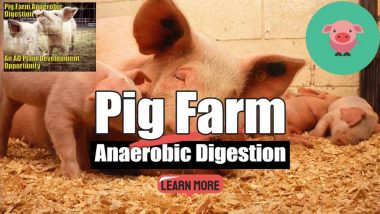