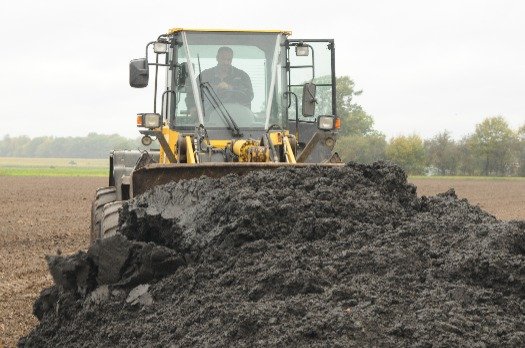 The idea of co-digestion of food waste and sewage sludge, is new to the UK but the obvious good-sense of it is gaining traction, and the ADBA Biogas/ Bioresources Trade Show this July will host an important debate on the subject.

When the UK water industry was privatised in the 1980s, nobody conceived that sewage sludge might become a valuable source of bio-energy, with efficient anaerobic digestion plants capable (as they are now) of powering sewage treatment works. And, with often some electricity left-over to export as well!

That meant that, in order to allay concerns that a privatised industry might send their sludge off to landfill (which was still permitted in those days), responsibility for disposing of sewage sludge in-house, was made a legally binding requirement on the Water PLCs.

In effect, the UK water industry has not been allowed, until recent changes proposed, to join with others to co-dispose other wastes with sludge, or indeed to contract-out sewage sludge treatment to other companies, such as local AD plant operators.

In many other countries outside the UK, no such restrictions were applied, and hence the co-disposal of food waste and sewage sludge, has been adopted.

The debate will be an important step toward normalizing UK food waste disposal by Co-digestion of Food Waste and Sewage Sludge. It will also be very welcome if co-disposal reduces the gate-fees costs to local authorities for the digestion of food waste. Not only that sustainability can be greatly improved if this move reduces the high mileage which food waste travels at present, from its collection to the AD plants which are able to accept it.

Watch our video about the co-disposal of sewage sludge and food waste in the UK, below, but don't forget to return here afterwards! We have a lot more to say in the sections below when you scroll on down this page.

With the UK currently one of the few countries not to mix food waste with wastewater for anaerobic digestion (AD), a panel comprising members of Ofwat and Heads of Biosolids/Bioresources from top water companies will debate the potential impact of co-digestion on availability of feedstock for existing plants – and whether outside companies will enter the sewage market.  The session (taking place at2.30pm on the second day of the expo) to explore innovations in the wastewater sector that make AD plants more profitable, will also feature Mat Davis, Senior Adviser from the Environment Agency.

Elaine Coles, Editor of Waterbriefing, the leading online news and intelligence service, believes that this conference session is another key reason why attending UK AD & World Biogas Expo 2018 is important – for everybody involved in the water industry who seeks improved biogas yields, more efficient AD plants and better use of better quality bio-solids.

“Ofwat’s preliminary £780M value of the bioresources market was actually recorded in 2016”, she said.

“Now, with the new Renewable Heat Incentive (RHI) tariffs just announced, this important sector will no doubt be stimulated much further – so the expo provides a golden opportunity to see the very latest technologies at one totally focused AD/biogas show”.

Now in its ninth year, UK AD & World Biogas Expo 2018 is experiencing significantly increased interest from those in the water/biosolids and food and drink industries.

Over 3,000 attendees are expected the expo, which includes more than 200 exhibitors from all over the world – and 100-plus speakers.

Register for free at: www.biogastradeshow.com

In South Korea they found that Co-digestion of Food Waste and Sewage Sludge, produced around 34% more biogas than with sewage sludge digestion alone

Co-digestion. The selected facility treated about 200 tonnes of food waste per day with mixing sewage sludge in the STP.

Pretreated food wastes, which were in pulp status, were injected to an anaerobic digester with primary sewage sludge.

On the basis of plant data from July 2007 to June,2008, an average of 193 tonnes of food waste per day was pretreated, and then 293 m3 of pulp-phase food waste and 1,206 m3 of sewage sludge per day were co-digested by anaerobic digestion.

Finally, 11,150 m3 of biogas per day was produced. An average of 3,700 kW h of electricity per day was required. Around 213 tonnes of processed water per day was needed to move the pulp-phase pretreated food waste easily to the anaerobic digester.

Approximately 77 tonnes (around 40% of the daily treated food waste) of screenings and dewatered cakes per day were sorted and finally landfilled. In this system, pretreated food wastes (flow rate at 250 m3/day, volatile solid (VS) 39 kg/L) and the first sludge from a primary sedimentation tank (flow rate 1,300 m3/day, VS 12.9 g/L) were mixed in the anaerobic digester.

It was represented that Co-digestion of Food Waste and Sewage Sludge produced around 34% of biogas more than sludge digestion alone. via SpringerLink

The OMNIVOREsm team provides proprietary pre-treatment to prepare organics into a highly digestible slurry while removing contaminants like plastics and packaging to ensure a high quality fertilizer product.

Anaergia can provide an OMNIVORE™ anaerobic digester retrofit package to double the biogas production of a typical digester by co-digesting local organic wastes.

OMNIVOREsm will use your completed water treatment system along with an anaerobic digestion systems and water filtration to treat water and create biogas which can be used as a fuel source for your municipality.

The Omnivore™ can increase the total solids content in a typical digester from 2% to as high as 6% through the proprietary thickening and mixing solutions. The added capacity can be used to digest local organics wastes including food processing waste, source separated organics and contaminated organics such as restaurant waste or cafeteria waste. … via ANAERGIA

The fourth level of the food recovery hierarchy

Anaerobic digestion is a process where microorganisms break down organic materials, such as food scraps, manure, and sewage sludge. This is done in the absence of oxygen. Recycling wasted food through anaerobic digestion produces biogas and a soil amendment, two valuable products.

Wasted food can be processed at facilities specifically designed to digest the organic portion of municipal solid waste. It can also be co-digested at wastewater treatment plants and manure digesters.
industrial uses for … with the City of West Lafayette to send food waste to the local … via Industrial Uses for Wasted Food

The aim of this study was to assess the effects of the codigestion of food manufacturing and processing wastes (FW) with sewage sludge (SS), that is, municipal wastewater treatment plant primary sludge and waste activated sludge.

The disposal of sludge generated at the MWTPs is a problem of increasing importance, representing up to 50% of the current operating costs of a wastewater treatment plant.

In Australia, MWTPs produce approximately 360,000 dry tonnes of stabilised sewage sludge to dispose of which costs about $100 M per year.

Although different disposal routes are possible, anaerobic digestion (AD) appears to be the most promising sludge management alternative due to its ability to generate bio-energy by the reduction of the sludge volumes to be disposed of .

Sewage sludge (SS) contains a high percentage of organic matter (60–70% of the dry matter) and nutrients, and typically comprises primary sludge (PS) and waste activated sludge (WAS). However, since WAS has low biodegradability; the AD of WAS has low efficiency from both processing and economic standpoints. One of the different strategies to enhance the performance of AD is the codigestion of sludge with other organic wastes as it increases biodegradable organic matter and provides a feedstock with an optimum C/N ratio.

Food wastes (FW) from different sources, for example, residential and commercial, are being produced at an increasing rate due to the growing population and rising living standards.

However, due to its high biodegradability and volatile acids, AD as a single substrate may encounter various potential inhibitors including accumulation of volatile fatty acids’ (VFAs) accumulations.

Therefore, in Co-digestion of Food Waste and Sewage Sludge, Food Wastes could be beneficial in anaerobic codigestion for high energy recovery as well as solid waste reduction.

The application of anaerobic codigestion for the treatment of SS has been receiving growing attention for improving the biogas yield, solid destruction, and the production of digestate of a suitable quality to use as a fertiliser.

Full-scale applications of anaerobic co-digestion of SS with Food Waste can become an environmentally sound renewable energy source by creating opportunities to recover the energy potential from these very low or zero cost FW and obtain the benefit of high organic matter to increase the methane yield. This will result in significantly less biosolids’ disposal and a reduction in municipal solid wastes as well as the operating costs of the plants.

Many authors have reported increased biogas yields from the codigestion of SS with different types of food and/or food processing wastes. For example, codigestion of sludge mix with fat, oil and grease (FOG) from a meat processing plant (46% VS added to the feed) increased the methane yield by 60%.

Similarly, methane yield was 2.6 times higher when SS was codigested with oil and grease (48% of total VS load) from restaurants. Under mesophilic conditions, the highest methane production rate was observed when FW was mixed in the range of 30–40% VS with SS.

An MWTP in Melbourne, Australia, produces about 3600 kg solids/day of which 627 kg is WAS and the re-maid is PS.

Since, this plant is in the progress of upgrading the existing old anaerobic digestion reactor, the management was interested in assessing the feasibility of the codigestion of sludge with two streams of wastes, namely, grease trap waste collected from food businesses in the are.

This is referred to in this study as FOG, and waste from a food products manufacturing factory at a small ratio. The MWTP interest is to maximise methane yield, enhance solids removal, and maintain or improve biosolids quality.

The aim of this study, therefore, was to assess the effect of the sludge: waste ratio on the biogas yield and the quality of digestate and supernatant nutrient produced under semi-continuous conditions and, to monitor process performance and stability during codigestion experiments. … via Anaerobic Codigestion 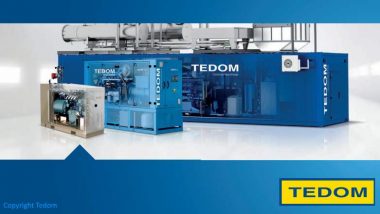 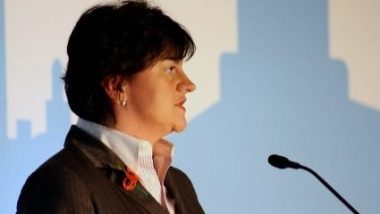 Anaerobic Digestion in Ireland Can Reduce Greenhouse Gas Emissions by 68%