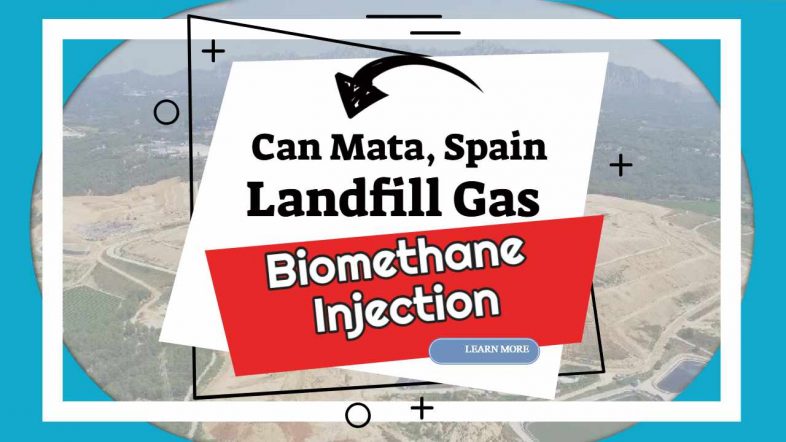 A remarkable biomethane injection project using landfill gas which will upgrade the gas using membrane filtration and cryogenic distillation technology has been announced for the Can Mata Landfill, near Barcelona.

It is inferred that the project has become economically viable due to the use of a novel technology combining membrane filtration and cryogenic distillation. This is the WAGABOX® technology indicates, it is assumed here, that this new technology is more efficient than previous similar upgrading equipment used globally for the production of biomethane.

This is very welcome news because the production of renewable energy which is suitable to meet the exacting standards of natural gas grid injection holds the greatest possible benefits in global climate change mitigation.

It is even better than creating electricity from biogas. Gas grid injection as to be installed at Can Mata does not incur the heavy losses of electricity distribution networks.

However, grid injection of biogas which is then used as a transport fuel is even better. When the renewable natural gas (RNG) is used to fuel city bus fleets, there is a double win (win-win) scenario. That's because RNG fuel does not produce anywhere near the same high levels of air pollution emissions that the alternative diesel-fuelled buses do.

Waga Energy,  Ferrovial  Servicios  and  Nedgia team up to produce  biomethane on the Can Mata Landfill, near Barcelona 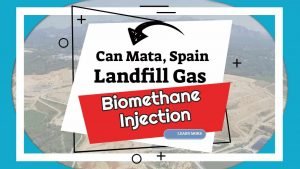 Waga Energy,  Ferrovial  Servicios and  Nedgia are teaming up to launch a large-scale biomethane injection project at the Can Mata waste storage site near Barcelona, Spain. This is the first “large scale landfill gas” injection project financed by long-term energy contract in Europe.

The  Ferrovial  Servicios  Group, one of the world's leading service operators (utility companies),  is using  Waga  Energy to produce biomethane at the Can Mata landfill (waste storage site) in Els Hostalets de Pierola, near Barcelona, Catalonia.

The Can Mata site will be the first in Spain to acquire WAGABOX® purification technology, developed by Waga Energy to enhance the biogas of buried waste (landfill gas) in the form of biomethane, a renewable substitute for fossil natural gas.

The WAGABOX unit®  of the Can Mata site will be commissioned in 2022. It will process up to 2,200 m3/hof biogas and inject 70 GWh of biomethane pern into the gas network of the Spanish operator Nedgia (a subsidiary of the  NaturgyGroup), the annual energy consumption of 14,000 Spanish households or a fleet of 200 HGVs.

The project will avoid the emission of 17,000 tonnes of CO2 per year by substituting renewable gas for fossil natural gas.

This is the first landfill gas injection project financed by a long-term energy purchase contract in Europe. This method of financing – known as the Power Purchase Agreement (PPA) – is common for renewable electricity projects, but rarely used for green gas projects, failing to offer buyers an attractive price in the long term.

The conclusion of this “Biomethane  Purchase Agreement” is made possible by the proven effectiveness of  WAGABOX® technology, Waga Energy's unique expertise in the conduct of landfill biomethane injection projects, and more than 50 years of Ferrovial Servicios' experience in waste treatment and recovery.

Both partners have adopted a  business model that guarantees high performance throughout the duration of the project. Waga  Energy will purchase part of the biogas from the Can Mata site from  Ferrovial  Servicios and will take over the financing, construction and operation of the  WAGABOXunit®, relations with the gas network operator, and the marketing of biomethane. Waga  Energy will invest 7.5 million Euros to put the unit into service and connect the Can Mata site to the network of operator Nedgia, 4 kilometres away.

Can Mata is one of the largest waste storage sites (landfills) in Spain. It produces more than 40 million cubic metres of raw biogas per year, which has so far been used as electricity and fuel to power a ceramics plant. The valuation of biogas by the WAGABOX unit® will increase energy efficiency significantly.

Combining membrane filtration and cryogenic distillation, WAGABOX® technology allows methane from landfill biogas to be extracted and injected directly into gas networks. Ten units have been in operation in France since 2017. They supply 35,000 homes and prevent 45,000 tonnes of CO2 per year into the atmosphere.

“The agreement signed with Waga Energy strengthens Ferrovial's commitment to sustainable development. This circular economy project will make it possible to produce biomethane, for the benefit of citizens, thanks to the best cutting-edge technology for the recovery of biogas from waste. We hope that this innovative green energy project in Spain will be extended to the other sites we operate, as part of our strategy to turn waste into resources ”.

“The conclusion of this contract with Ferrovial Servicios marks the culmination of three years of exchanges and discussions. Biomethane injection projects at waste storage sites are indeed complex projects, from a technological point of view as well as from a regulatory and financial point of view. Our unique expertise in this area, covering all stages of the projects, and our will, shared by Ferrovial Servicios, to act in the service of the energy [decarbonization] transition, have enabled this major renewable gas project in Spain to be successful ”. 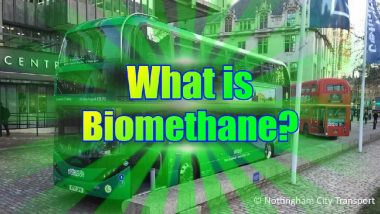 What is Biomethane? How It’s Made and Why It’s Renewable 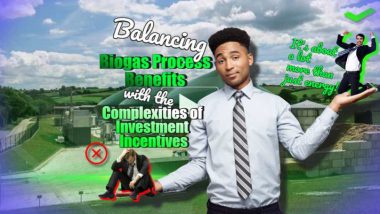