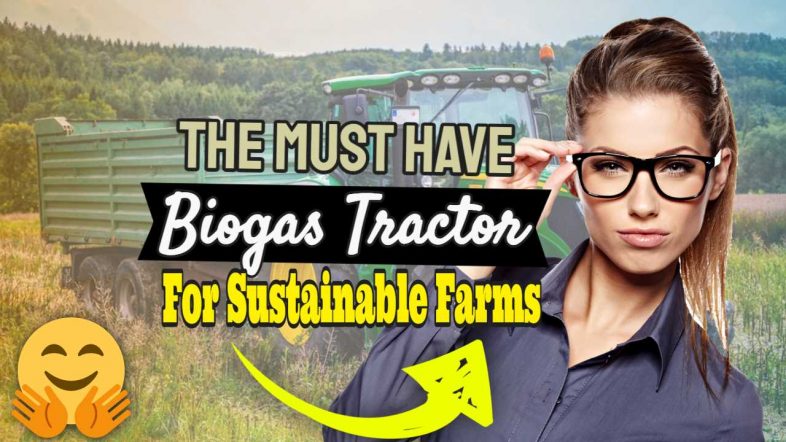 The Must Have Biogas Tractor For All Seriously Sustainable Farms

A biogas tractor should be high on the list for all seriously sustainable farms where they also have their own biogas plant. It seems so obvious, to use homegrown renewable fuel to power that farm's tractors. But until recently was simply not done.

However, since 2012 some tractor manufacturers have been selling tractors for compressed renewable natural gas as fuel. This is good for the environmental sustainability of the farm.

It's the most efficient use of biogas, on the farm to provide the fuel to power the farm vehicles which frequently devour the most fuel on the farm. It was only in the summer of 2012, at the AD and Biogas (Now Bioenergy) Exhibition that the first biogas/ renewable methane fuelled tractor in production was placed on public view*.

There are many opportunities and limitations associated with using natural gas, biogas or biomethane as a vehicle fuel.

Gasoline vehicles can use biogas as a fuel provided the biogas is upgraded to natural gas quality in vehicles that have been adjusted to using natural gas. Most vehicles in this category have been retro-fitted with a gas tank and a gas supply system in addition to the normal petrol fuel system. Gasoline is also known as petrol. In other words, compressed natural gas is a fuel that can be used in place of petrol (gasoline), diesel fuel, and liquefied petroleum gas (LPG).

In fact, biogas can act as a stand-in for natural gas in vehicle fuel, not only for tractors but also for other machinery that includes a combustion engine. 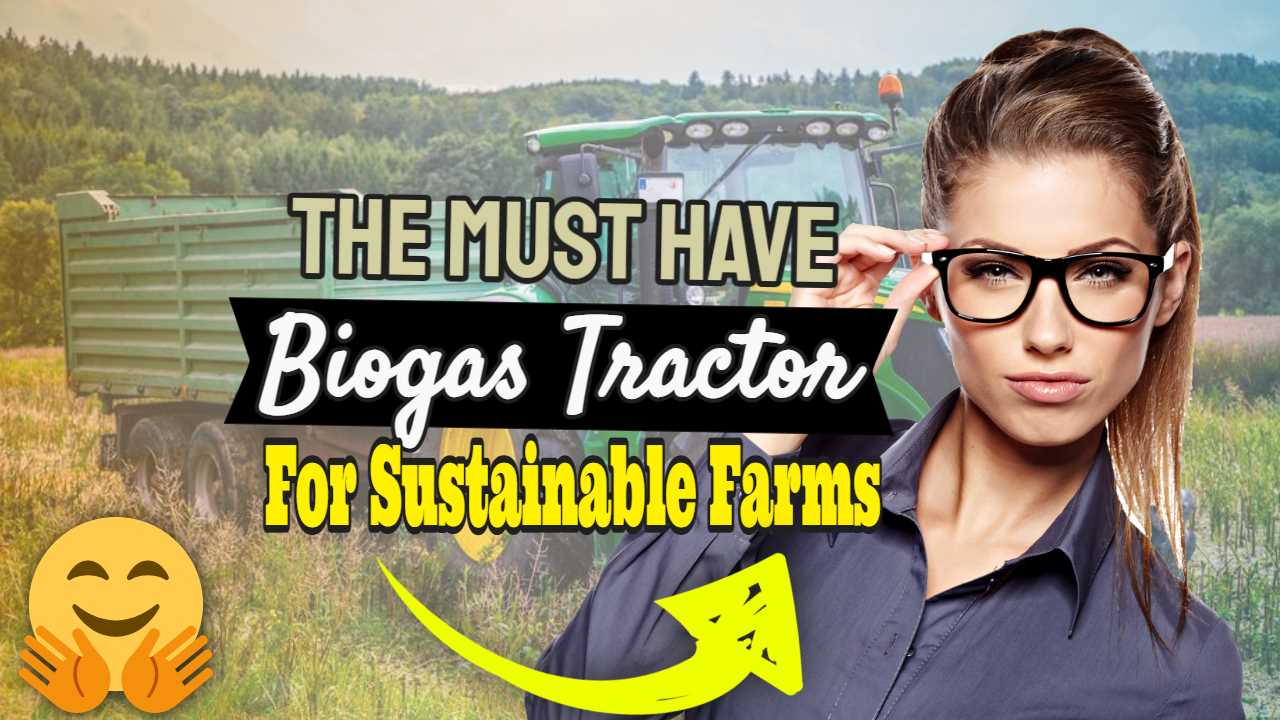 Agriculture farms, especially animal farms consume a lot of energy. They also have big potential to produce energy themselves. The production of biogas and its efficient utilisation could meet a significant part of the need for renewable fuel and energy. The production of biogas on a farm and its utilisation as a fuel could improve its energetic balance and safe some money.

AGCO has presented a new concept tractor model that runs on biogas. Valtra demonstrated the new engine technology for the first time in Sweden. The development of the biogas tractor and generator demonstrates the desire of AGCO to create solutions that allow renewable natural resources to be utilized efficiently.

The dream of a tractor that can run – without engine alterations – on fuel produced on the farm took a step closer to reality last week with Steyr's launch in Austria of a standard 200hp tractor powered by biogas. The company, part of Case ih, showed a prototype that uses a 50:50 mixture of diesel and biogas.

Another part of the AGCO corporation “Valtra”, began limited series production of biogas tractors a few years ago. Since then the tractors have been further developed, and now the latest dual-fuel models have been launched.

Valtra’s 150hp t133 dual fuel is the first tractor to combine the use of biogas with clean SCR technology. The new tractor is a continuation of Valtra's biogas project; the first test tractor – a four-cylinder n111 Hitech – was unveiled in summer 2010 and proved such a success in testing that Valtra decided to further develop the technology and adapt it for use in other tractor models.

This is similar to the Lisa fuel systems set-up by Dutch John Deere dealer Kraakman on a 6920.

Worthy though biogas powered buses and transport fleets are, when biogas is produced on-farm, the carbon footprint will be far less for farms that power their own tractors using their own fuel.

Furthermore, why would a farm manager seek to import fossil fuel derived diesel fuel, rather than use the biogas product of their own business? Oil brought into the farm must be transported from the oil refinery at a real cost, and although the tax on farm diesel fuel may be low or non-existent in many nations bought-in fuel is still a consideration for its negative effect on cash flow when each invoice lands on the accountant's desk, as an outgoing.

Now, we have news from New Holland tractors which is very good news for the biogas industry, and with the large numbers of on-farm biogas plants now planned and under construction more tractor suppliers are bound to follow.

Biomass Magazine–Nov 4, 2015
The alternative fuel technology powering that tractor is a promising peek into the future of agriculture, one where farms will be energy independent and able to reduce their environmental footprint.

The T6 Methane Power tractor is a second-generation prototype based on a standard New Holland T6 tractor. What makes it different from current T6 Series tractors is that it is powered by a natural gas engine manufactured by FPT International, a sister company of New Holland…

And, also about this innvative biomethane powered tractor:

ENGINEERING.com–Oct 27, 2015
The showpiece is the T6 Methane Power tractor, a prototype based on … The farm is also capable of refining its biogas into biomethane, also …LNG Industry

Read more here.
So far we have been talking about Europe, so now is time to discuss US progress in the design of the “biogas tractor”, but despite the author assuming that there would be examples of US biogas tractors making similar advances to those that are taking place in the European Tractor Market, we found none during our web search. 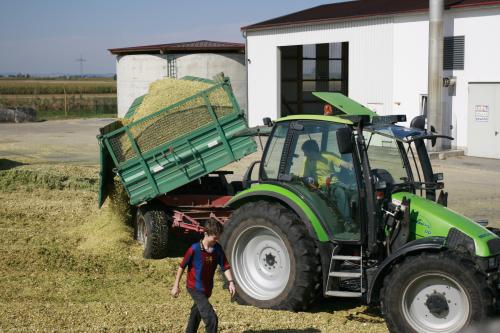 Image by Biogas Tour 2013 via Flickr [Original attribution link provided is no longer available.]
* – The claim of the AD and Biogas association to have the first biogas tractor on a stand and visible to the public seems to be false as it appears that they were beaten, by the Steyr Biogas Tractor 3 years earlier in 2009:

2 December 2011: Steyr has introduced the first production tractor powered by natural gas. The new Steyr Profi 4135 Natural Power is equipped with a turbocharged mono-fuel CNG engine, made by Fiat Powertrain Technologies (FPT), another Fiat group company. (Steyr is part of CNH Global N.V., a majority-owned subsidiary of Fiat Industrial S.p.A., and was originally formed by the merger of Case Corp. and New Holland in 1999.) 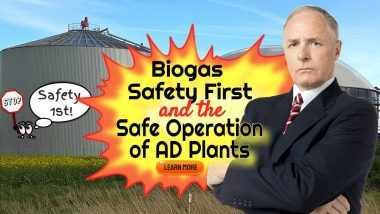 Biogas Safety First and the Safety of AD Plants 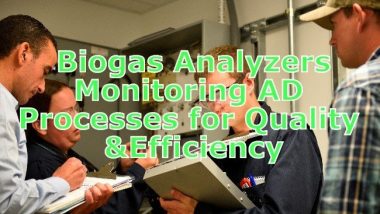