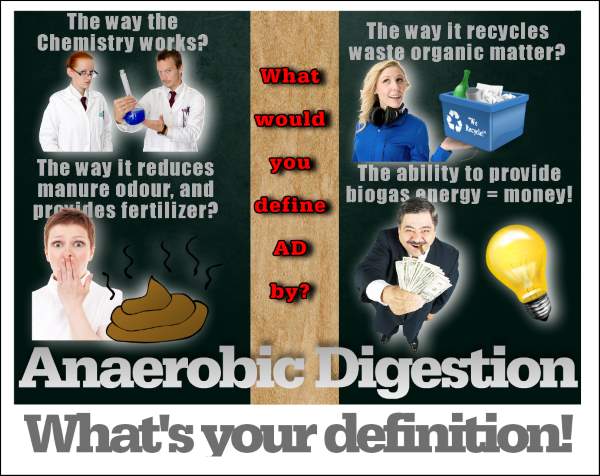 “Define Anaerobic Digestion”, said a student to me recently.

No doubt because I discovered anaerobic digestion back in the 1990s via my background of environmental biochemistry originally, I quoted the original Wikipedia definition. That one is all about breaking down organic material without oxygen present (ref: 1) and is all about the chemistry involved.

I thought There Was Only 1 Definition of Anaerobic Digestion! We Found 10!

To my amazement, she said she disagreed. She said, that I may have a point, but surely a definition should state the most important point of a thing. To her, on that basis, anaerobic digestion would be defined as the process that creates methane and carbon dioxide (ref: 2), she said. “Isn't that what most people are interested in?”

Not wanting to be out-definitioned, I went online and found another website that used my definition (ref: 3). “Aha!”, I said, “Most people that know the definition of anaerobic digestion would agree with me. Look at [(ref: 3)], so I must be right!”

At that point, another student who had been listening, chipped in. He said, “No definition of anaerobic digestion could be right unless it centred on the ability of the AD process to “break down waste organic materials”. Wasn't that ability, in the long term going be able to save the planet, by creating our future energy sustainably? We all agreed that its use in “decarbonising the planet” was probably more likely, what it would still be being used for in 1,000 years time. So, maybe that should be in any definition of it.

Sure enough. A few minutes of clicking on the internet provided us with a definition of AD based on its ability to “break down waste organic materials” (ref: 4).

Which definition of anaerobic digestion did we like best though? Our favourite, mostly for the large number of ideas encapsulated in very few words, was: “Controlled anaerobic, or oxygen-free, digestion of animal manure is a way to treat manure to prevent foul odor production while generating a usable energy product.” (ref: 8).

Take a look at our Top 10 AD Process Definitions below:

1. Anaerobic digestion is defined  as a collection of processes by which microorganisms break down biodegradable material in the absence of oxygen. The process is used for … via Wikipedia, the free encyclopedia

3. What is Anaerobic Digestion? Anaerobic digestion is a series of biological processes in which microorganisms break down biodegradable material in the absence of oxygen. via American Biogas Council

4. Anaerobic digestion is a common technology in today's agriculture, municipal waste, and brewing industries. It uses bacteria to break down waste organic materials … via Department of Energy

5. Anaerobic digestion (AD) is the process whereby bacteria break down organic material in the absence of air, yielding a biogas containing methane. via BIOMASS Energy Centre

7. Anaerobic Digestion. Anaerobic digestion is a biological process in which bacteria digest biomass in an oxygen-free environment and produce a gas principally composed … via Washington State

8. Controlled anaerobic, or oxygen-free, digestion of animal manure is a way to treat manure to prevent foul odor production while generating a usable energy product. via Biogas Production and Odor Reduction …

9. Anaerobic digestion is a process in which microorganisms break down biodegradable material in the absence of oxygen. The products of this are biogas (a mixture of … via Appropedia: The sustainability wiki

10. Anaerobic digestion (AD) involves the break down of biodegradable material in the absence of oxygen by micro-organisms called methanogens. It is already widely used … via  WRAP UK

[box type=”tick” size=”large” style=”rounded” border=”full”]OUR VISIONARY DEFINITION OF ANAEROBIC DIGESTION: It is the unique natural organic process which when used to recycle organic wastes can decarbonise the globe, and provide a sustainable future for the world.[/box]

Which definition do you think is the best? Please do take a moment to add a comment and define anaerobic digestion your way! or maybe just give us your ideas!

Below On This Page:

TInshort it's the process of biochemical conversion which takes place in biological substances without oxygen, at a suitable temperature and with the continual mixing of the substances used. In practice, the production of biogas consists in micro-organisms breaking down complex organic substances (lipids, protides, glucides), contained in plants, sludge and by-products of animal origin. The biogas produced usually consists of approximately 50/70% natural gas and the remaining part carbon dioxide and other minor components. The biogas produced by aerobic digestion is then suitably treated to power the internal combustion engine of the cogeneration plant and produce, at the end of the process, entirely renewable electrical and thermal energy.

Adding a biogas output to the production cycle of the agricultural or livestock farms his way, does it without reducing the usual capacity to produce food or animal feed. 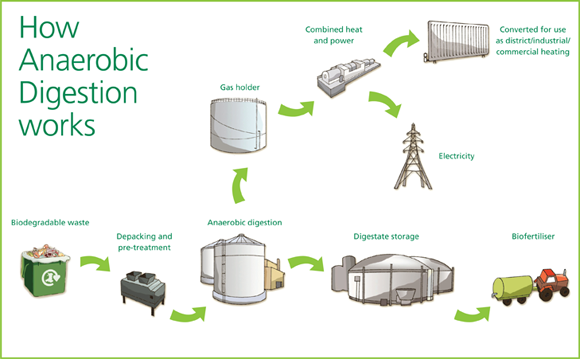 In fact, this integration results in a greater capacity for agricultural companies to produce their own specific crops, in a way which is environmentally sustainable and economically viable.

Take a look at what's in your trash. If you separate out your recycling there's probably food waste, some wrappers and not too much else. Now, what if you could turn that trash into energy to power your cell phone, lights, and anything else in your home?

Although our cells need oxygen to stay alive, plenty of bacteria can break down materials without it during anaerobic digestion. But, what does this have to do with energy?

Anaerobic digestion is especially interesting to mankind because the process produces biogas. A gas that can be used as fuel, from waste products like manure, food waste, and water treatment waste. Methane, hydrogen gas, and carbon dioxide are all released through anaerobic digestion and can be captured to use as fuel for electricity or heat.

With anaerobic digestion of wastewater solids and other organic feedstocks, an energy-rich gas is produced which usually contains between 60 and 70 percent methane. This biogas (often called digester gas) is increasingly valuable in today’s energy markets and is a renewable fuel which has important implications for sustainability goals. Capturing methane and using it wisely minimizes methane emissions to the atmosphere – a critical greenhouse gas concern.

Biogas can be used wherever natural gas is used; however, required gas characteristics vary depending on the combustion method or device. Characteristics required for stationary biogas applications at the treatment plant are much less stringent than required to meet pipeline quality natural gas or vehicle fuel needs.

The San Francisco public utilities commission operates all wastewater treatment plants in San Francisco and handles all biogas generated, which is a byproduct of plant-treated sewage. Part of the energy that powers the SFPUC’s Oceanside and Southeast Wastewater Treatment Plant is generated from biogas. This renewable biogas-fueled co-generation technology provides both heat and electricity for wastewater treatment plant operations.

San Francisco can generate up to 3. 2 megawatts of renewable energy by capturing and then combusting the methane gas released during the decomposition and “digestion” of our sewer sludge. Options for biogas use, along with technologies for biogas processing and handling, are presented and discussed in the San Francisco public utilities commission’s long-term biosolids management plan.

Anaerobic digestion is a well-established technology for stabilization and conversion of various organic wastes into bioenergy.

Typical sources of organic wastes suitable for anaerobic digestion are mainly from municipal, agricultural and industrial producers. Because anaerobic digestion is such a complex process, mathematical modelling could assist in providing better understanding, design, optimization and prediction of the performance of anaerobic digesters.

Article first published in May 2016. 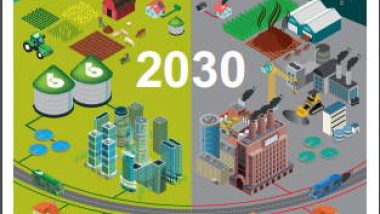 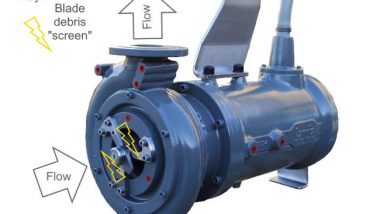