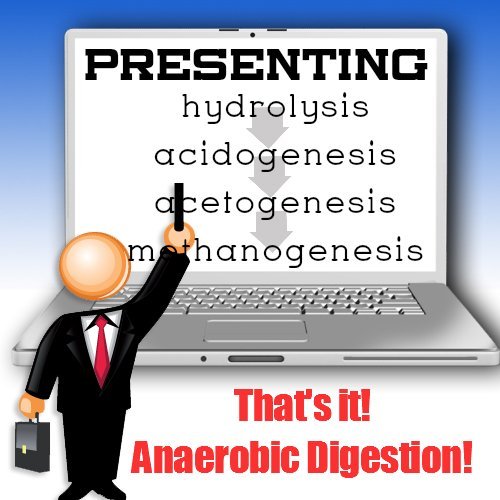 High solids AD as originally defined could include both Wet and Dry AD processes, as long as they are high in solids. However, that definition appears to have been superseded by Wikipedia and Waste360. 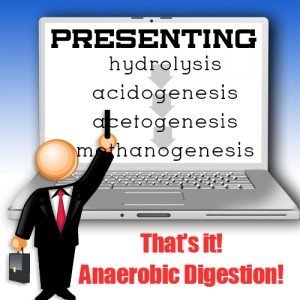 As described on our pages about “Wet” and “Dry” anaerobic digestion the transition between the two is governed by the ability of the available pump technology to move the materials through the process reliably without blockages or high pumping costs due to rapid wear.

Whereas we classify both high and low solids AD as both including “wet” and “dry”anaerobic digestion processes, Waste 360 considers that High Solids actually means solely “Dry AD” (not pumped).

We think that as time goes on, pump technology for pumping higher solids is improving and that “Dry AD” will in the future be just one type of High Solids Digester, which can include high solids content “Wet” (water phase/ liquid and slurry pumped) Digesters, and truly “Dry” digester types.

“High Strength” is synonymous with “Dry AD”, and the two terms mean the same.

Here are extracts from both Wikipedia and Waste 360, so that are readers can make their own judgement on what constitutes a High Strength Digester:

High solids (dry) digesters are designed to process materials with a solids content between 25 and 40%.

The amount of pre-treatment, such as contaminant removal, depends both upon the nature of the waste streams being processed and the desired quality of the digestate.

Size reduction (grinding) is beneficial in continuous vertical systems, as it accelerates digestion, while batch systems avoid grinding and instead require structure (e.g. Continuous vertical dry digesters have a smaller footprint due to the shorter effective retention time and vertical design).

Wet digesters [if required to process solid contents at between 25 and 40% by pumping] would need to process a thick slurry that requires more energy input to move and process the feedstock. The thickness of the material may also lead to associated problems with abrasion. High solids digesters [at solid contents at between 25 and 40% would] also require correction of conventional performance calculations.

Low solids (wet) digesters can transport material through the system using standard pumps that require significantly lower energy input. Low solids digesters require a larger amount of land than high solids due to the increased volumes associated with the increased liquid-to-feedstock ratio of the digesters.

There are benefits associated with operation in a liquid environment, as it enables more thorough circulation of materials and contact between the bacteria and their food. via en.wikipedia.org

As states increasingly prioritize organics waste diversion and methane emissions reduction, more anaerobic digestion plants (AD) are coming on line. As they do, operators are faced with a choice: high-solids (dry) or low-solids (wet) AD.

Both technologies can produce electricity or remove carbon dioxide to produced renewable natural gas. Both are enclosed systems that will reduce greenhouse gas emissions. Deciding which to choose is driven mainly by waste type. The decision will vary depending on whether a feedstock needs, or the operator is willing to do, extensive pre-processing, and the desired biogas volume output.  The options available to deal with residues are important as well.

[An example would be that a solid waste disposal (recycling) company may wish to simply precondition the organic portion of their separated organic waste fraction to comply with landfilling regulations. In such circumstances, the destination is landfill, and the production of biogas would be an incidental spin-off benefit. Biogas volume would not be essential for economic viability. In such cases “dry” AD is often chosen.]

Low-solids systems typically can handle five to 10 percent of solids in feedstock, while high-solids systems can handle up to 35 percent solids, which could be some materials other than organics, though at a minimum. But the latter system types are more expensive.

However, the operation of HSAD is currently constrained by low rates and extents of methane production high operational costs. Several published investigations have been conducted to study the effects of inhibition, temperature, moisture, and reactor design on the efficiency of HSAD.

However, low moisture and poor mixing, which are required for the dilution and diffusion of metabolites, have been reported to be the major causes of low methane yield in HSAD. via ww.sciencedirect.com

The DRANCO anaerobic digestion technology by Organic Waste Systems (OWS) is a patented process. The three main characteristics of DRANCO are its vertical design, high-solids concentration and the absence of mixing inside the digester. DRANCO digestion is often applied to mix waste or residual household waste or organic fraction of municipal solid waste (OFMSW), source separated organics, yard and food waste. The plant can operate at dry matter content inside the digester of up to 40 %.

The Kompogas is a patented dry anaerobic digestion process for organic waste. The process uses a continuously feed horizontal plug-flow digester. The feed system automatically conveyed the feed to the digester and process water is added inside the digester to maintain the optimum ratio. The digester has a low speed agitator inside for mixing and preventing sedimentation.

The temperature of the process is thermophilic operating at 53-55 0C. The average feedstock moisture content is around 75% and the retention time inside the digester is approximately 14 days. via www.theecoambassador.com

The GICON is a two-stage dry-wet anaerobic digestion process and operates in batch mode.

BIOFerm and Aikan provide AD Plants which can be described as multiple concrete garage-style digesters that are filled with batches of organic fraction pre-sorted MSW and sealed gas-tight during digestion.

Omnivore™ is an advanced high solids approach to digestion which incorporates Anaergia’s intelligent mixing and robust thickening systems to triple the capacity of an existing digester (typically 2 to 3%) into a high-solids Omnivore™ digester (5 to 8%). via www.anaergia.com

Finally, High Solids (HS) AD systems may simply hydrolyze (break up and open the organic cells ready for efficient digestion) in a “dry” first stage, and use a Continuous Stirred Tank Reactor (CSTR) for the digestion and biogas production stage, as in the following example:

There are now proprietary systems which have been given the name of High Solids Anaerobic Digestion which do clearly have a right to claim that they work at “high solids” contents, but don't fit into this model. An example is shown in the video below:

In this high solids system there is a dry digestion stage, during which hydrolysis, acidogenesis, and acetogenesis is achieved, and as the temperature is raised or naturally rises high enough (above 70 degrees centigrade for long enough) the material is also sanitized. Once that occurs the material (substrate) is then put through a second stage which would appear to be a traditional pumped liquid stage similar to many other two stage anaerobic digestion systems.

This is quite unusual for such MSW systems as the commonly accepted wisdom has been that organic fraction MSW/ yard waste hydrolyses rapidly and does not need the cost of a two stage digestion process, and yet using a two stage process, for manures and sewage sludge according to many researchers, does tend to lead to a more efficient second stage.

[box type=”note”]Note: In Europe quality standards would not normally permit the return of MSW and (hard paved) yard waste derived compost to farms and gardens, even after sanitization, due to heavy metals and other likely contaminants. This material can often be used as landfill cover.[/box]

Which is Best: A Two Stages Digester or Single Stage?

The stages of the anaerobic degradation process through hydrolysis, acidogenesis, to acetogenesis and finally methanogenesis, each have slightly different optimum operating conditions. This results in a compromise in the operating conditions for single vessel digesters. Separating the stages of the process into separate vessels, such that the hydrolysis/acid-forming stages are completed out separately from the methane-forming stage, can result in more efficient processing. However, there are cost implications from having the necessary additional vessels. However, many researchers report that the higher rates of mass reduction, and lower residence times that can be achieved, may outweigh these disadvantages.

Where two stages are used, the most common form of staging is where the waste is treated in a solid state, as in the video above, during the hydrolysis stage when it is sprayed with a percolate and the liquor from this hydrolysis is then treated in a standard wastewater/ methanogenesis stage.

The benefits of reducing complexity when dealing with waste, accounts for the prevalence of the relatively simple single vessel systems on the market. Most clients seek the very lowest initial expenditure before gaining revenue from each project. This may not necessarily be the wisest purchasing policy, but until investors develop greater confidence in anaerobic digestion as a profitable investment this will no doubt continue.

Update Information: This article was originally published on Nov 6, 2014, but was republished in December 2019 with extensive improvement.