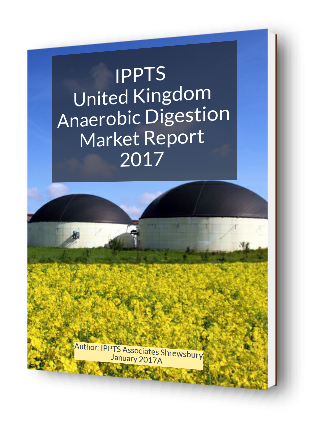 The UK Anaerobic Digestion Market Report 2017 is a pdf file that you can download for no charge, now!

The Anaerobic Digestion industry needs to consider the UK prospects of the AD Industry more carefully than ever before in this time of Brexit uncertainties.

In this eBook Steve Last of IPPTS Associates provides information on the factors which will influence the AD market in the UK in 2017.

A number of UK Government subsidy changes which are known to be in the pipeline are explained, and the report goes on to make predictions about factors which will be likely to influence the UK AD new biogas plant market in 2017.

This report is intended for all those that work within the AD industry in the UK. It will be especially relevant to those who are planning new Anaerobic Digestion Projects, or are promoting biogas plant projects in progress, and are considering whether to go ahead with their new AD plant installations in 2017.

The 20 page report requires a pdf Reader to view it, such as the free Acrobat Reader application.

Introduction
The General Outlook for 2017
The Political Outlook for 2017
The Worst in Anaerobic Digestion Subsidy Reductions (Degressions) May be Over
AD Plant Numbers in the UK at the End of 2016
The Rush to Biomethane in 2016 – Will it be Repeated in 2017?
Sewage Sludge to Become a Commodity – Decisions to be Made in 2017
Biogas Plant Production Efficiency Will Continue to Improve in 2017
Feedstock Markets are Likely to Become More Competitive
Again in 2017 Putting Pressure on AD Plant Profitability
Implications of the UK Government’s Commitments Contained in the 2010 Anaerobic Digestion Strategic Action Plan
The Continuing Role of Anaerobic Digestion for 2017 in Helping the UK Meet its Green Targets
i. The targets to reduce GHG emissions.
ii. The targets for renewable energy set in the EU Renewable Energy Directive.
iii. The targets setin the EU Landfill Directive.
iv. The target set by Article 11(2)(a) of the rWFD16 to recycle 50% of waste from households by 2020
New 2017 RHI Rules are Awaited – Proposed Subsidy Level Received Favourably by UK AD industry
A Tougher Stance for 2017 Against Subsidising Food Crop Use as Feedstocks
ROCs to be Replaced by Contracts for Difference (CfDs) in 2017
Biomethane Upgrading Technology Now an Established Technology in the UK
National Gas Grid and Ofgem Enthusiastic About Biomethane
Will More New AD Technologies Emerge in 2017?
Anaerobic Digestion Investment – Industry Ripe for Acquisitions in Second half of 2017
Conclusion to UK Anaerobic Digestion Industry Subsidy Changes and Opportunities in 2017

Please provide your feedback by commenting, and if you found the report useful, please do use the share buttons on this page to help us provide the largest distribution of this report.

Waste is A
Hot Subject Right Now! Understand
the Waste Technologies with this great eBook:

An Introduction to Waste Technologies 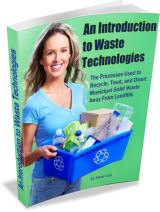 If you find this web site interesting, or you were trying to find out about Waste Technologies, from Incineration to MBT, MRFs, and Composting, then you are bound to find our ebook even more so!

This ebook includes concise information on each technology plus very broad estimated costs for each type of facility.

Buy it online here, and
you can be downloading it in the next 5 minutes - available at any time. 30 day money back guarantee.

Over Half a Million Visitors!

30 day no quibble guarantee. If for any reason you are dissatisfied with any product purchased by payment to us (IPPTS Associates). Inform us within 30 days and we will repay your purchase price in full.

Disclaimer: This website generates some of its revenue through affiliate marketing. The purpose of the content is to provide useful information but is also intended to promote specific products and services that will pay us a percentage for each sale they make through individuals that have followed our links and recommendations. We always strive to provide accurate and useful information but some of the content is provided through third party providers and the information, opinions and reviews expressed in that context is that of the authors and not of this website.

Subscribe to our e-mail newsletter below to receive updates: