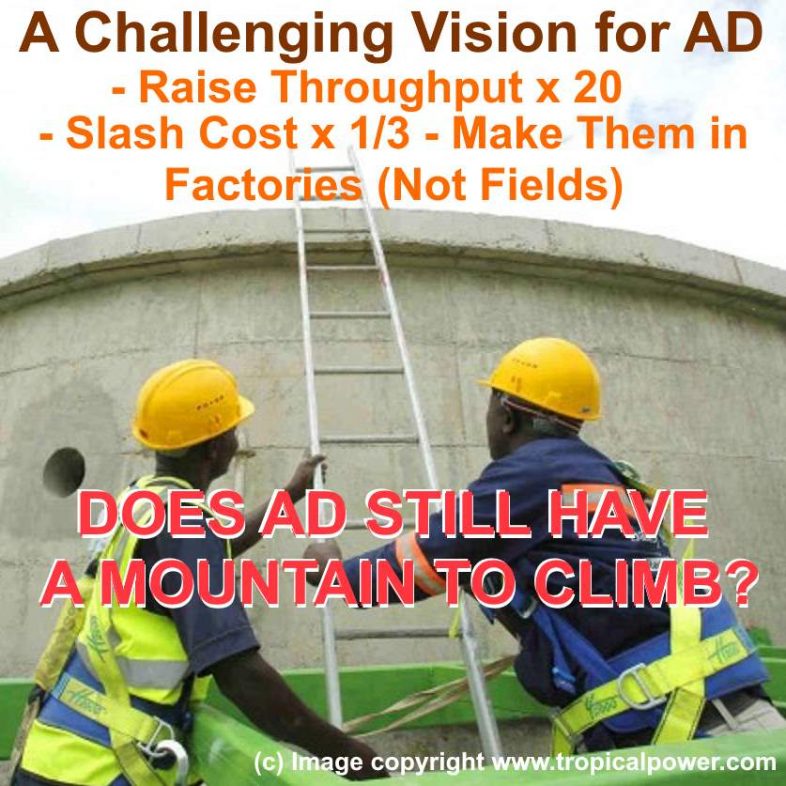 The Anaerobic Digestion UK industry needs to drastically reduce biogas production cost, and bring about a revolution in digester yields raising them by an astonishing 20 fold.

That's the vision of many in the UK industry, who also point out that without a revolution in AD technology productivity there is little chance of the process achieving its full potential.

What's more they make the point that biogas works best as an energy storage medium, but to make a difference very large quantities of biogas need to be available to (for example) balance electricity grids during peak loadings.

Most anaerobic digestion UK commentators would say that the UK anaerobic digestion as a whole has been very successful in the last few years, starting from a low base the year on year rises in installed AD Plant capacity have been impressive. Those involved in building the plants, have worked very hard and achieved a great deal, and may understandably be wringing their hands in disappointment to be told that actually they may not have reached far above base camp, and Everest is still there to climb.

However, that in effect is what is staring the UK anaerobic digestion industry in the face, and there are people who are very willing to take that reality in hand and accept the challenge. One such is AD&Bioresources Association Member, Tropical Power. Below we repeat part of a recent foreword in their magazine, by Mike Mason, Chairman, Tropical Power.

We liked the piece so much that we also created a video on the subject below, for those that prefer to watch a video rather than read text:

Storing Up The Benefits Of AD

…If AD is to really deliver in those areas it needs to compete on cost with wind and solar – solar PV is achieving costs of £30-£50/MWh in places, with wind close behind. The first challenge for AD is therefore to drive down costs – not by 30 per cent but to one third or less of current levels.

That means serious, fundamental research leading to the revolutionary progress that is needed if the industry is to catch up with the rapidly falling costs of other technologies.

The clues that this might be achievable come from ruminants like cows, where the rate-limiting step of anaerobic digestion – hydrolysis of the cellulose – can take place up to 30 times faster than in an AD plant.

Imitate this and the world of AD looks very different. It speaks of plants built in factories as affordable machines, rather than in fields as expensive civil engineering projects.

But there is more to value than just cost. Storage is the energy world’s greatest challenge. Solar and wind cannot offer dispatchability, and batteries add perhaps £50-£60/MWh to the cost of delivering renewable electricity – doubling the cost of night-time solar.

Storage is therefore AD’s ‘ace in the hole’.

Biogas is cheap to store, and larger engines are little more expensive than smaller ones, so AD can back up solar or wind and help stabilise struggling grids.

Perhaps the most important global role for low cost AD, therefore, is to be a key part of solving the critical storage and stability issues that future grids will face. As well as driving down costs, we should be arguing for greater recognition of the value of our technology in a low carbon world. www.tropicalpower.com

There are two technological challenges which the anaerobic digestion industry faces, which if low-cost solutions can be found might go a long way to meeting the Tropical Power vision described above, and these are:

a) Greatly improved hydrolysis of the cellulose content of all biomass feedstocks. In essence to replicate the speed in cows achieve hydrolysis in their stomachs. If they can do it – why not man in his mechanical stomachs (biogas digesters)?

b) Finding a simple low cost solution to using those feedstock materials for biogas production which contain large quantities of nitrogen. Such feedstocks are often avoided, because they may actually hamper biogas production by inhibiting the bacteria in charge of breaking down organic material. A rate limiting factor in AD is the extent to which ammonia can be allowed to build-up within the process, before it inhibits growth of the organisms involved in biogas production. 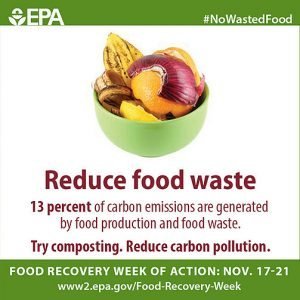 Improving a) and b) would open the way to much higher yields of biogas per cubic metre of reactor volume.

If solutions to both of the above technological challenges were to be found which could be brought into widespread use, it would have a huge benefit to the take-up of AD, and go some way to making the “vision” we spoke of earlier, a reality.

To some extent solutions are already on the horizon.

For a) there has already been thermal hydrolysis equipment on the market since CAMBI pioneered the concept as long as 20 years ago, and there are now many companies offering similar kit. Other companies are also starting to offer enzymes for hydrolysing incoming cellulose, which looks promising.

For b) above there are fewer options, but one company is offering a process to separate nitrogen from high nitrogen feedstocks BEFORE biogas production. They say that this is now possible, as a new approach using an additional fermentation stage to pre-treat feedstock. The technology has been EU funded, and has been developed in Finland by Ductor Corp. We will be writing an article about this interesting development soon. 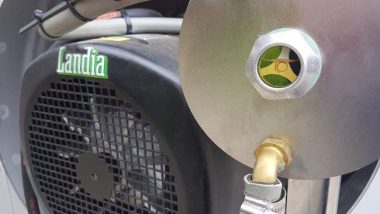 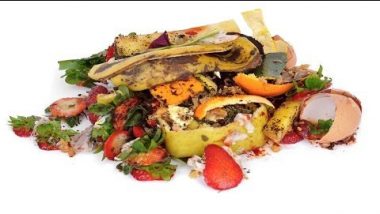