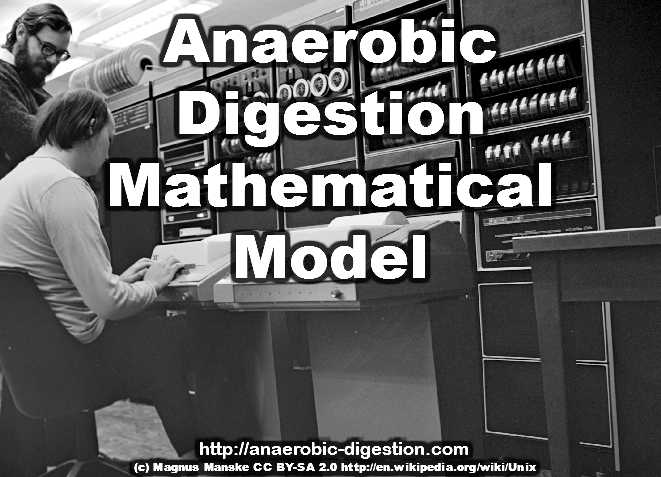 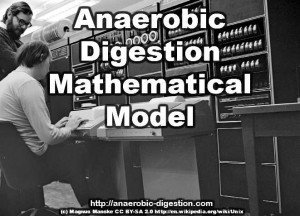 Progress on a System to Provide an Accurate Anaerobic Digestion Model has been made by researchers. The best known Anaerobic Digestion Modelling by Mathematical Computer Analysis is that produced by the IWA.The purpose of Mathematical Computational Analysis to provide an Anaerobic Digestion Model, is to provide a basis for anaerobic digestion modelling. It's creators hope that this will promote the increased use of modelling and simulation as a tool for AD research, design, operation and the optimisation of anaerobic systems everywhere.The website informs us that:”Outputs from the model include common process variables such gas flow and composition, pH, separate organic acids, and ammonium. The structure has been devised to encourage specific extensions or modifications where required, but still maintain a common platform.”The following quote is useful in explaining the Anaerobic Digestion Model:

“The IWA Anaerobic Digestion Modelling Task Group was established in 1997 at the 8th World Congress on Anaerobic Digestion (Sendai, Japan) with the goal of developing a generalised anaerobic digestion model. The structured model includes multiple steps describing biochemical as well as physicochemical processes. The biochemical steps include disintegration from homogeneous particulates to carbohydrates, proteins and lipids; extracellular hydrolysis of these particulate substrates to sugars, amino acids, and long chain fatty acids (LCFA), respectively; acidogenesis from sugars and amino acids to volatile fatty acids (VFAs) and hydrogen; acetogenesis of LCFA and VFAs to acetate; and separate methanogenesis steps from acetate and hydrogen/CO2. The physico-chemical equations describe ion association and dissociation, and gas-liquid transfer. Implemented as a differential and algebraic equation (DAE) set, there are 26 dynamic state concentration variables, and 8 implicit algebraic variables per reactor vessel or element. Implemented as differential equations (DE) only, there are 32 dynamic concentration state variables.”

“A state estimator and various model-based control systems have been designed for a real anaerobic digestion (AD) pilot reactor fed with dairy manure. The model used is a modified Hill model which is a relatively simple dynamical AD process model. The state estimator is an Unscented Kalman Filter (UKF) which uses only methane gas flow measurement to update its states. The model and the state estimates are used in different control systems. One of the control systems aims at controlling the methane gas flow to a setpoint. Simulations indicate that the setpoint tracking performance of a predictive control system is considerably better comparing with PI control, while disturbance compensation is not much better. Consequently, assuming the setpoint is constant, the PI controller competes well with the predictive controller. A successful application of predictive control of the real reactor is presented. Also, three different control systems aiming at retaining the reactor at an operating point where the volatile fatty acids (VFA) concentration has a maximum, safe value are designed. A simulation study indicates that the best control solution among the three alternatives is PI control based on feedback from estimated VFA.”

http://www.wrc.org.za/KnowledgeHub
Early research papers which show the revival in the development of AD Technology starting, before the beginning of this century: