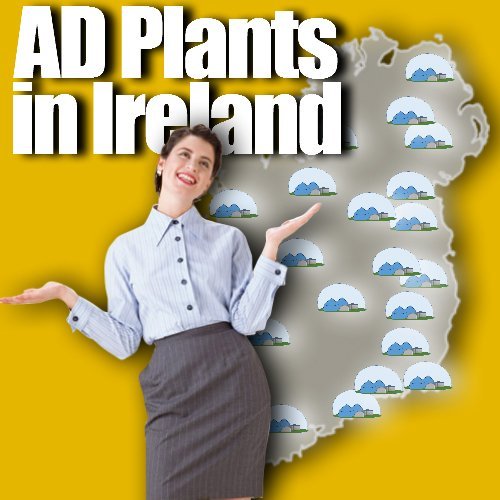 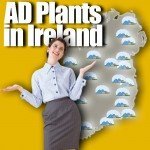 AD Plants in the Republic of Ireland

There are a rising number of anaerobic digestion plants in Ireland, and although a number of commentators have suggested that progress in this technology in the Irish Republic has been disappointing, there has been progress in construction of new biogas plants over the last 5 years despite very difficult economic conditions.

There are now (Autumn 2019) about 150 bio-digester devices in Ireland, both north and south of the border. (Most are in the north.)

In 2014, there were an estimated 31 AD biogas plants in the Republic of Ireland, including three agricultural plants, 14 sewage plant facilities, seven industrial landfills, and seven waste or industrial waste biogas plants.

Their cumulative capacity amounted to 47 MW, generating 206 GWh of electricity in 2014, while 8.1 ktoe of thermal energy were generated respectively. Twelve facilities are licensed by the Department of Agriculture as utilising animal by-products as a feedstock, with most of them attached to pig or poultry farms.

In the dairy industry, anaerobic digesters are used to treat wastewater, producing biogas which can be used for heating in processing plants.

One of the largest such plants is at Dairygold Co-Op, and it treats 27,000kg of wastewater per day.

Academic and industry research findings suggest potential for a significant role in the heat and transport sectors for biogas produced by anaerobic digestion. via  via www.irishexaminer.com

The following was first posted in November 2014:

Irish company BD AGRO, a Laois based, pig, poultry industry supplier, which is now also biogas plant equipment supplier, provides a wonderfully easily understood illustration of the potential of anaerobic digestion in general on their website (www.ids.iel), as repeated below:

A cowpat and six hours of cycling have one thing in common: both produce, or contain, the same amount of energy, namely 0.1 kilowatt hours. This is enough to power a refrigerator for three hours. But how can a cowpat be transformed to valuable electricity? The answer is a biogas plant and much less sweat than many hours of cycling.

In common with so many Irish citizens, BD AGRO sees biogas as the, “energy source of the future — anywhere in the world!”

[box type=”alert” size=”large” style=”rounded” border=”full”]The information in the next paragraph is based on data collected in 2012, which is becoming dated. It is understood that there are moves within the Irish government to implement a Feed-in-Tariff subsidy next year (2018) to encourage renewable energy and it is thought that the aim will be to encourage Anaerobic Digestion and quickly raise the number of plants in the country.[/box]

The EU run website CrossBorderBioenergy lists the Irish biogas sector as rated 80 out of total 81 EU regions, which can be compared with, for example the UK, which is rated at 66 out of 81.

The Irish government has approved educational research funding for biogas in the form of research into the use of the renewable gas at University College Cork’s Environmental Research Institute (ERI) in Ireland. The initiative which included pilot plant trials, commenced in 2012, and had part funding from Bord Gáis Networks . It did enable the development of a low temperature AD process (Lt-AD), taking the research forward into industry in the form of a spin-off company to offer the technology to the market.

The Irish authorities are also participating in moves to remove barriers to the adoption of AD. An  ERI and Bord Gáis report, has been published which investigates the supply, transmission and distribution of natural gas in Ireland,  entitled “The Future of Renewable Gas in Ireland”. The report found that the potential for utilizing available waste-feedstock based, resources of renewable gas in Ireland could be sufficient to provide fuel to supply an impressive 10% of Irish transport fuel requirements, or 40% of the natural gas demand for gas to use in domestic properties. Source: www.ucc.ie

The Irish Bioenergy Association is the main representative body for all Irish bio-energy sectors. It has been reported that, “there are many opportunities and several reasons to be positive for the future of the industry.”

There is little interest in Ireland in the energy crop sector, to devote large areas of land to energy crops, when this could be used for food production, is not viewed favourably. There were about 3,000 hectares in use for energy crops some years ago. It has also been reported that some early energy crop growers experienced problems with such crops, and that this has no-doubt dampened enthusiasm among potential growers.

The republic offers, what has been reported in the past to be the highest European tariff rate, on the development of biogas plants. See: www.seai.ie/Renewables/Bioenergy/… …/Renewable Energy Feed-In Tariff

With this in mind, the business plan for most AD plant projects is to build Biogas Plants using sites which possess a risk-free availability of agricultural crops and animal waste etc. Wherever a close-by/ low connection cost Electric Power Company cost, location exists where biogas plants can export their surplus electricity to generate power and export to national energy grid, this will continue to be the preferred option. Plant owners will also, wherever possible, continue to seek additional income for heat sales and compost sale. Possible biogas plant grants may be available in some circumstances.

An Example of an Irish Biogas Plant was the Duck Slurry LIFE Project which was EU funded over the period 2003 to 2005. Which featured the Development of a Processing Plant for Recycling of Duck Slurry, which had as its heart an Anaerobic digestion Plant.

It was built by Silver Hill Foods, a major duck breeding and processing company based close to the Northern Ireland border. The company was producing approximately 3 million ducks annually. The facility was creating an annual total of 70-80,000 tons of duck slurry as a result. Before the completion of this LIFE project, the destination of this unwanted organic matter was to spread it on nearby  agricultural land. The land was already high in this compound, with the result that the nitrate loading from run-off into local watercourses was exceeding water quality targets. The project included the development of a fully integrated plant which including further processing of the output (digestate). The process separated the solid/ fibrous digestate from the liquid, allowing the production of dried fertiliser pellets as a marketable product. The production of biogas was used to heat and run the plant. The innovative aspect was that the process reduced the environmental impact of the large poultry production site, showing how the AD process could improve the environment while at the same time providing an additional income stream for the business. For more information view the case study here.

This is a company established by the Camphill Community to design, build and operate their own biogas plant. The plant has been operating since 2000, and is a small-scale centralised anaerobic digestion plant. It is fed by slurry collected from local farms plus co-digested kitchen waste, and food-processing wastes. The acetogenic (liquid) portion of the digestate is sent back to the participating farmers as fertiliser. The solid residues are used as soil conditioner after being composted.

20/02/2014 – Pictured were Martin Eves, Chairman CRE and Fergus O'Dowd TD, Minister of State at the Department of Communications, Energy & Natural Resources and Environment, Community & Local Govt, with responsibility for the NewEra Project. Delegates attending at the European Conference on Biogas heard that 2,000 jobs could be created in the Irish biogas industry to meet renewable transport targets and avoid EU fines. The REFIT 3 scheme for biogas closes next year and to date there are only two operational biogas plants under the scheme. The scheme is not working, the rates need to be increased significantly in order to stimulate development in the sector.

Where you looking for Anaerobic Digestion in Northern Ireland?